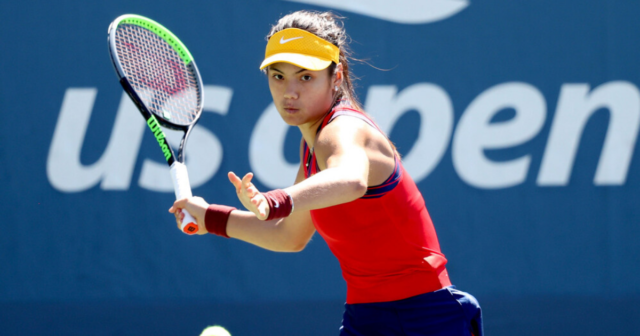 EMMA RADUCANU has become the new star of British tennis after enjoying a stellar 2021 – both on and off the court.

The teenage sensation wowed returning spectators at Wimbledon earlier this summer and is now battling it out for the US Open title. 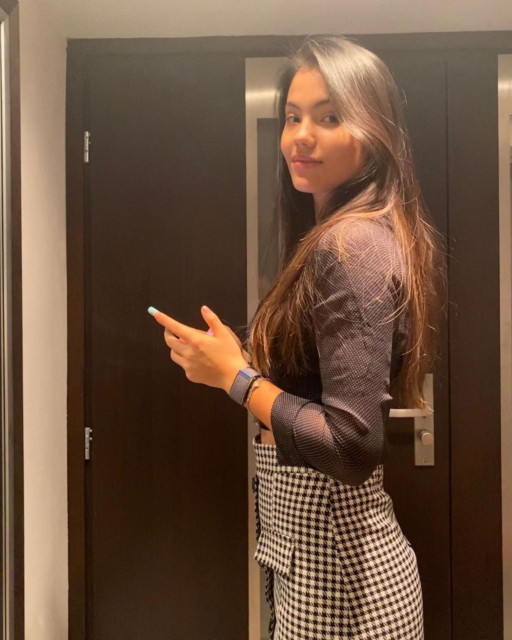 She now boasts close to half a million followers on Instagram

Not much was expected of Raducanu, 18, when she made her Grand Slam debut at SW19 in June after being handed a wildcard.

But just three months later, the youngster has won the hearts of the nation and boasts more than 451,000 followers on Instagram.

And many are now backing her to go all the way and claim a stunning win at the US Open after reaching the quarter-finals at Flushing Meadows.

The daughter of a Romanian father and Chinese mother, the youngster moved to London when she was just two years old.

Raducanu became engrossed in sport from a young age, picking up a tennis racket three years later and trying her hand various activities.

As quoted by the Daily Mail, Raducanu said: “My dad wanted to give me a diverse skill set – and I was quite a shy girl and he wanted to get me out of my shell.”

But tennis – along with education, picking up an A* in Maths on A-level results day last month – soon became her priority.

She added: “As I started winning in tennis, tournaments would take up the weekend so these other activities couldn’t happen any more.”

It proved to be a wise choice as Raducanu turned pro in 2018 before joining the WTA Tour this year – the highest level in women’s tennis.

Although some within tennis were well aware of Raducanu’s talents when she was given her Wimbledon wildcard, the public weren’t.

The country were not expecting a British woman to succeed at SW19 after favourite Johanna Konta withdrew for Covid-related reasons.

But Raducanu gave the public hope when she defeated qualifier Vitalia Diatchenko in the opening round – and in straight sets, too.

And excitement began to grow when the teenager knocked out former French Open finalist Marketa Vondrousova in the second round.

It was another straight sets victory for Raducanu, who was beginning to prove herself against the world’s most formidable stars.

She told BBC Sport after the win: “Just to be able to be at the championships, I feel like I’m on a holiday… I just want to stay here for as long as I can.”

Against the odds, the youngster had made it to the second week of Wimbledon – and earning a fortune in the process.

Raducanu won £181,000 in prize money for reaching the latter stages of the tournament, not to mention the endorsements that will follow. 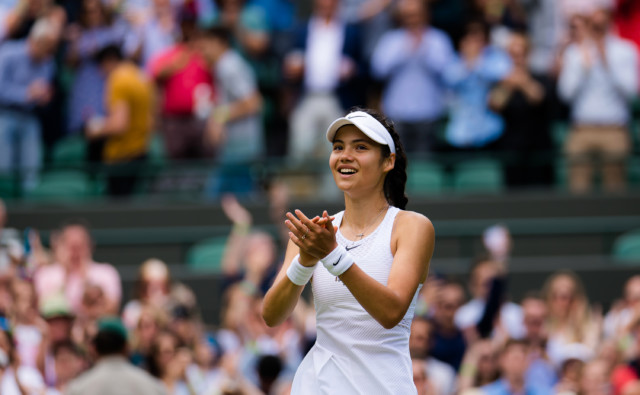 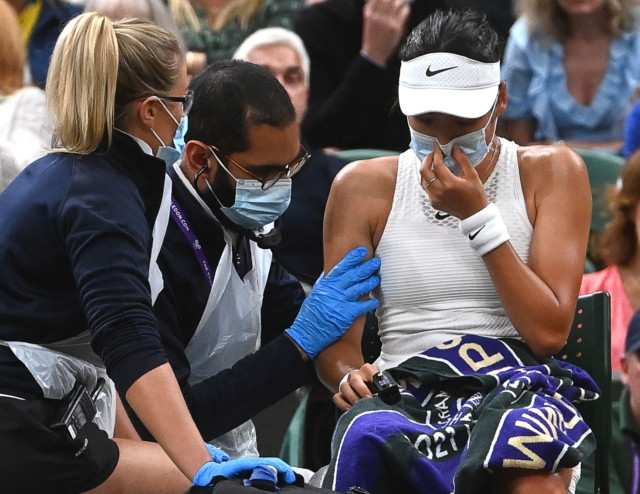 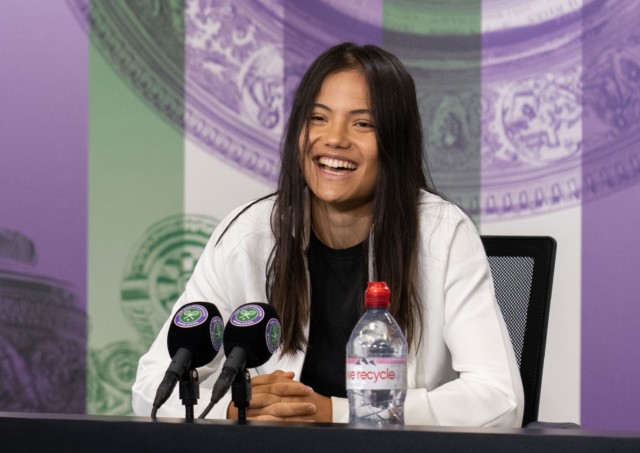 But she enjoyed every second of it while it lasted

But that didn’t matter to the public, who had fallen for the teenager and were proud of what she’d achieved at such a young age.

Speaking to BBC Sport about her Wimbledon journey in August, Raducanu said: “I think Wimbledon was an extremely positive experience.

“I learnt so much just about my game, and what it takes to perform at the top. It’s definitely shown me how much work I need to do physically.”

LIFE OFF THE COURT

Raducanu’s success at Wimbledon saw her social media following rocket – and she’s been making the most of her deserved fame.

She enjoyed a well-earned break after her SW19 heroics, cheering England to victory against Denmark in their Euro 2020 semi-final.

The F1 fanatic also got the chance to go to Silverstone to watch Lewis Hamilton win the British Grand Prix in July.

Raducanu posted a video to her Instagram followers of her being driven round the circuit in a McLaren 720s – a fine motor by anyone’s standards.

And she reportedly became close to singer HRVY – real name Harvey Leigh Cantwell – during her run at Wimbledon. 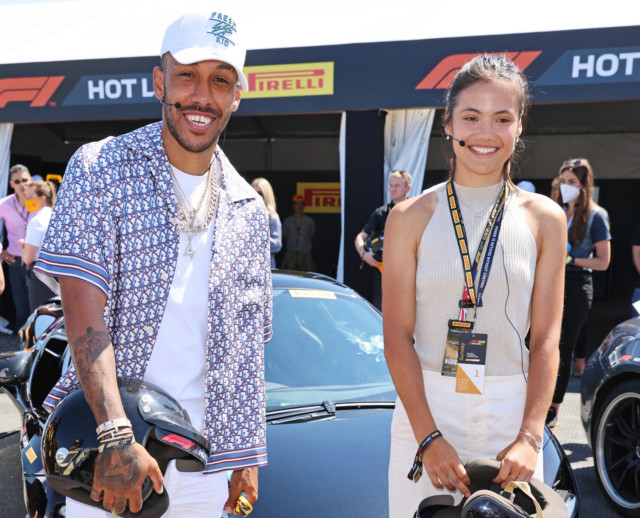 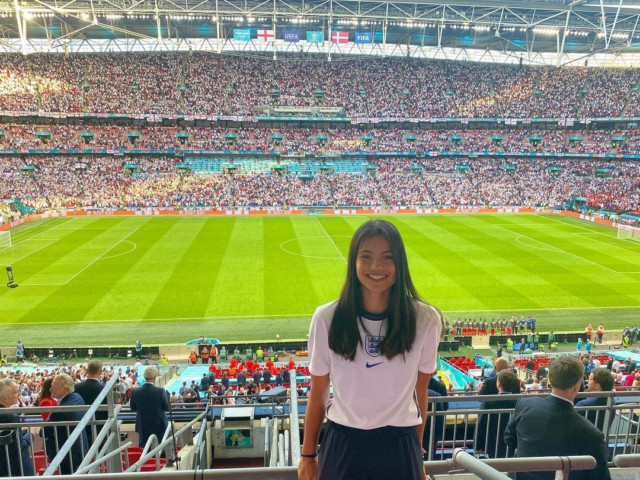 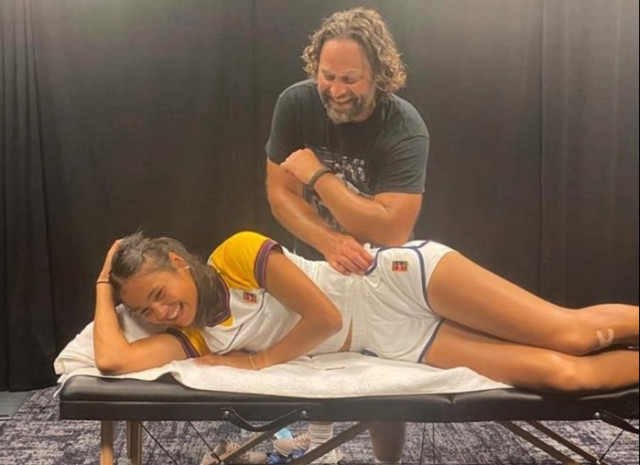 A source told SE in July: “HRVY watched Emma play at Wimbledon and thought she was stunning, so he decided to get in touch with her.

“She was really flattered by the attention and they have been swapping messages… It’s very early days for them but they do seem to get on well.”

But Raducanu has not forgotten her roots, taking time out her busy schedule to visit her old primary school on sports day.

Despite excelling at Wimbledon, Raducanu was forced to qualify for the US Open at Flushing Meadows in New York.

But she confirmed her success at SW19 was no fluke, winning her three qualifiers in straight sets to reach the first round.

And Raducanu has kept on winning – beating Stefanie Vogele and Shuai Zhang to set up a third-round tie with Sara Sorribes Tormo.

The Spaniard barely put up a fight, losing 6-0, 6-1, before American ace Shelby Rogers was equally taken to the cleaners – Raducanu dropping just three games en route to a comfortable victory.

World No12 and Olympic champion Belinda Bencic is next in line but the Brit is in confident mood.

She stated earlier in the competition: “I didn’t feel any pressure at Wimbledon, the attention was helping me, I didn’t feel burdened at all. 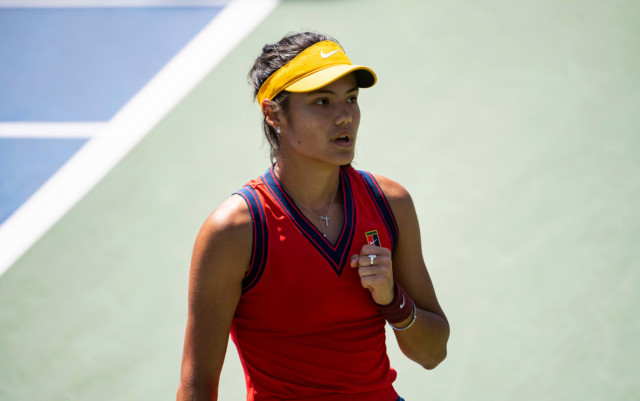 Raducanu is in with a chance of winning the US Open 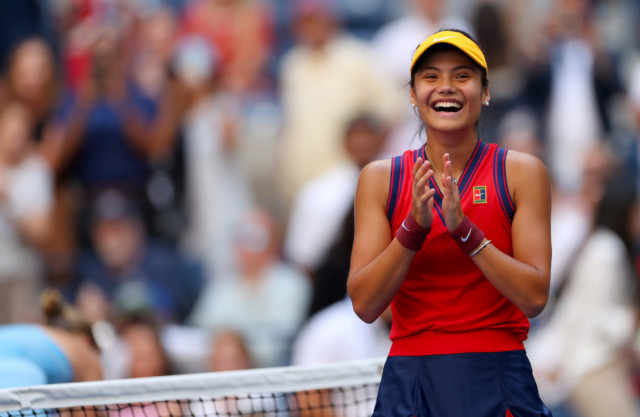 A place in the final four is at stake on Wednesday

“I feel I am playing better and better, especially on the hard courts.”

Raducanu has a long way to go before she can start thinking about winning her first Grand Slam, with several superstars still to come.

If victorious on Wednesday, recent Wimbledon finalist Karolina Pliskova could be next – although top and third seeds Ash Barty and Naomi Osaka were both knocked out in the third round.

As long as her stunning performances keep on coming, the British public will continue to dream of an allusive Grand Slam triumph.

Raducanu has given tennis fans a new hero to adore – and the future looks very bright for this incredible Londoner.