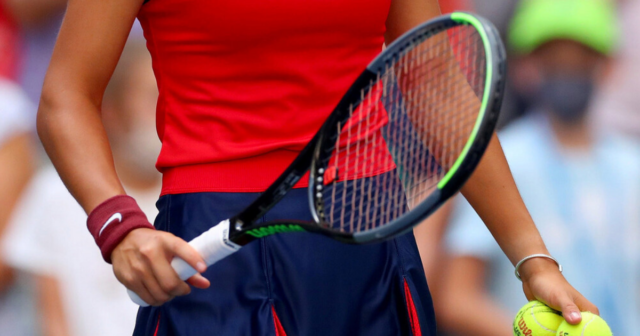 IT was a comeback that sporting dreams are made of – a sensational US Open run just over two months after crashing out of Wimbledon on medical grounds.

Now tennis sensation Emma Raducanu is on track to become the highest earning British female sports star ever – guided by the man who helped turned Maria Sharapova into multi-millionaire.

Tomorrow, fans will wake up to discover whether the 18-year-old has yet again ripped up the history books to land a place in the US Open final.

But no matter what happened in the semi final – played in the early hours of this morning UK time – Emma’s superstar qualities are now firmly established and have left sponsors licking their lips.

Former British tennis ace Annabel Croft, now a pundit, reckons she has a “special aura”, and added: “She’s a marketing dream. She’s got an X Factor. It feels like when Andy Murray burst on to the scene.”

Agent Jonathan Shalit, chairman of InterTalent, who has negotiated deals for Olympic stars including boxer Nicola Adams and masterminded Myleene Klass’s career, said: “Emma Raducanu is quite simply a phenomenon.

“She will be the highest-earning female UK sports star ever. If the trajectory Emma is on continues, she will earn well over £100million.”

While Emma had already netted close to half a million pounds in prize money for getting through to the semis a Flushing Meadows, New York, Jonathan said Emma’s real wealth will come “off field.” 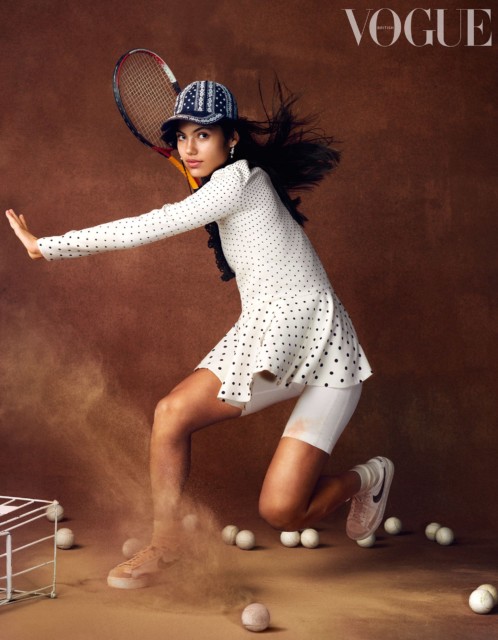 Emma Raducanu in the October issue of Vogue 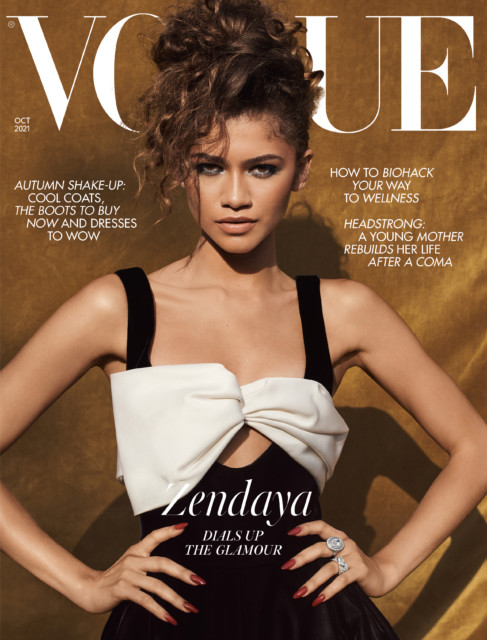 He said: “Leisurewear, sports, health, fitness and lifestyle brands will be knocking down her door.

“For brands, Emma is totally unique. There is simply no one like her.”

Emma, who made it to the fourth round of Wimbledon before withdrawing in the second set with breathing difficulties, is managed by Max Eisenbud, vice-president of tennis at entertainment giant IMG, one of the most powerful agents in sport.

His negotiations for another former teen tennis star, Maria Sharapova, helped her earn $325 million by the time she retired, according to Forbes magazine.

Sharapova was Forbes’s highest paid female athlete for 11 consecutive years before she retired last February and had deals with the likes of Land Rover, Tag Heuer watches, Pepsi, Sony, Motorola and Canon. 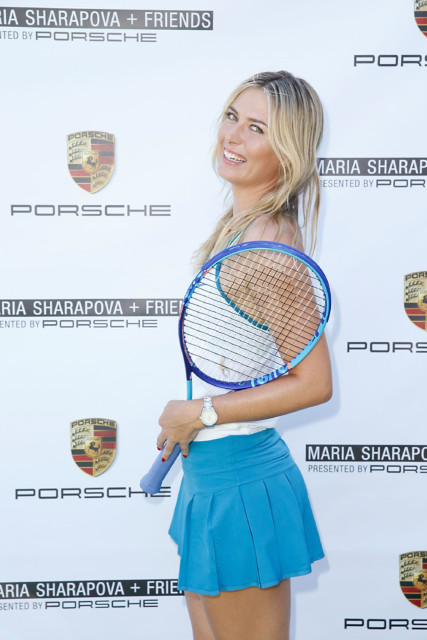 Roger Federer has netted £77 million from winnings and endorsements with brands such as Uniqlo and Mercedes.

Former tennis professional turned commentator, Annabel Croft, told SE: “I would imagine there is no limit to what Emma will be offered now.

“She’s a marketing dream. It’s about a special aura some people have.

“Roger Federer has it, he oozes charm and connects with the public, and Emma has got it too.”

Emma’s smile alone was valued at £3 million following this summer’s Wimbledon, in which she entered as a wild card and became the youngest Brit ever to go through to the final 16.

She already has deals with sports brands, Nike and Wilson, her Instagram followers have swelled to 530,000 and she appears in next month’s Vogue magazine. The full feature in the October issue of British Vogue will be available via digital download and on newsstands Friday 10th September.

Before Wimbledon, Emma was ranked 338th in the world, with career earnings just under £30,000.

Her performance in New York is all the more impressive after she was forced to retire from her Wimbledon match against Australia’s Ajla Tomljanovic with breathing difficulties.

She later put it down to the “accumulation of the excitement, the buzz.”
Annabel said: “She’s learned from that experience. If anything, that’s been a help to her.

“When you come through adversity and difficult moments, that makes you stronger and that’s what we’re seeing with her.”

And proving her place on the worldwide stage in America will transform Emma’s fledgling career.

Annabel said: “She’s riding on the crest of a wave right now. The world is her oyster.

“I think she can do so much more than we have seen so far.

“Emma’s a different type of player [to Andy Murray] but she’s got the same strength of character on court.

“She won’t be playing on outside courts anymore. Wherever she goes, she’s going to be in demand.

“It’s really exciting seeing someone at the very beginning of the launchpad who may well go on to have one of the most special tennis careers.”

FROM UNKNOWN TO GLOBAL STAR

Other top names have added their own superlatives.

Former US, Australian and Wimbledon winner, Virginia Wade, 76, said: “She ticks all the boxes.”

And former British ace Andrew Castle, who said she was a “commercial dream,” added: “Her life is going to change in ways she can’t even imagine at this point.”

In the space of a few months, Emma has gone from virtual unknown to global star, with fans including England footballer Marcus Rashford, astronaut Tim Peake, Oasis frontman Liam Gallagher and Prince William and Kate.

She was born in Toronto, Canada, to parents Renee and Ian, who both work in finance.

When she was two, the family moved to the UK.

She visits her Romanian paternal grandmother, Mamiya, in Bucharest a couple of times a year, and is “quite capable” in Mandarin, as her mum is Chinese. 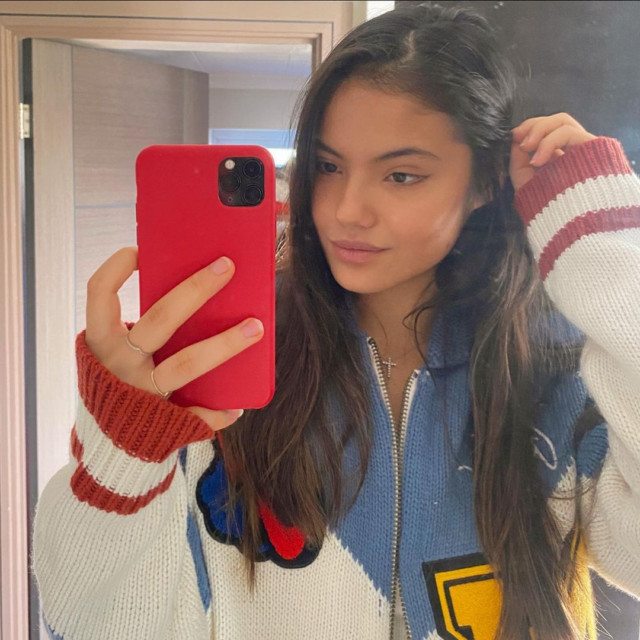 Emma has been described as a ‘commercial dream’ for sponsors

Sadly neither of her parents were there to see the semi-final.

Emma presumed she would be back after the qualifying rounds and had her return flight booked.

Her surprise success meant her parents didn’t have time to get their travel approved under US covid restrictions.

Emma was five when she first picked up a racquet, but her dad encouraged her to try all manner of hobbies, from ballet to tap dancing, skiing, golf.

She was also more than happy to prove herself in male-dominated sports like go-karting and motocross.

Emma said: “One time, my motocross teacher was like, right, we’re going to do press-ups. I was the only one who could do it, so I was proud of myself for that.”

But it was clear Emma’s future lay on court.

In 2018, she made it to the Wimbledon junior quarter finals.

Before making her debut in the senior competition this summer, Emma completed her A’levels in maths and economics at Newstead Wood School, a selective girls grammar in Orpington, south east London.

“She missed some time at school for tournaments but she always caught up. She was so focused and so hard working.

“The attitude she put into her studies was the same as she puts on the tennis courts.”

Since wowing us in SW19, Emma has returned to her former primary school to inspire the next generation.

She is certain to increase the popularity of female tennis, according to Shalit, who added: “Already, I am sure huge numbers of young girls are on tennis courts, dreaming they could be the next Emma Raducanu.”

Although Emma describes herself as shy at school, she also has that invisible power common to all sporting greats – self-belief.

She told fashion bible Vogue magazine: “My mum comes from a Chinese background, they have very good self-belief.

“It’s not necessarily about telling everyone how good you are, but it’s about believing it within yourself. I really respect that about the culture.”

She also plans to get her motorbike licence next.

The world, however, might have other plans for her. 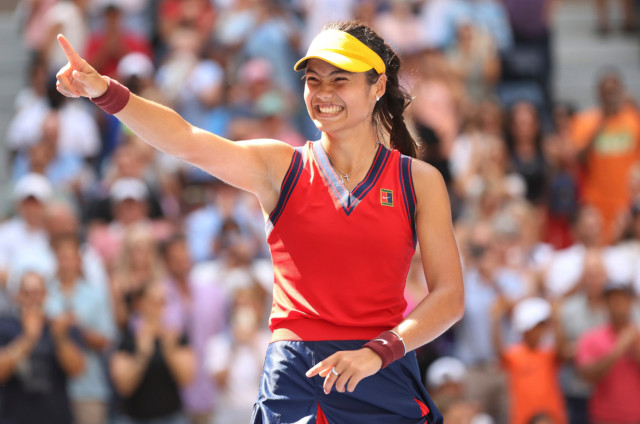 The star made her debut at Wimbledon this summer, just after completing her A-levels 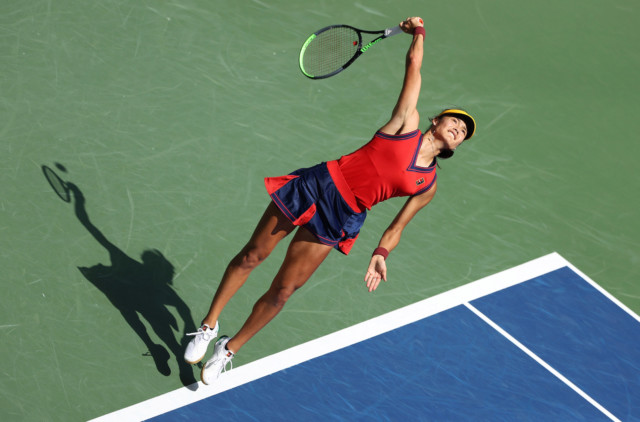 Emma in action at the US Open quarterfinals