How old is Martina Navratilova, who is she married to, when did she have cancer and what was the John McEnroe pay row?
Advertisement 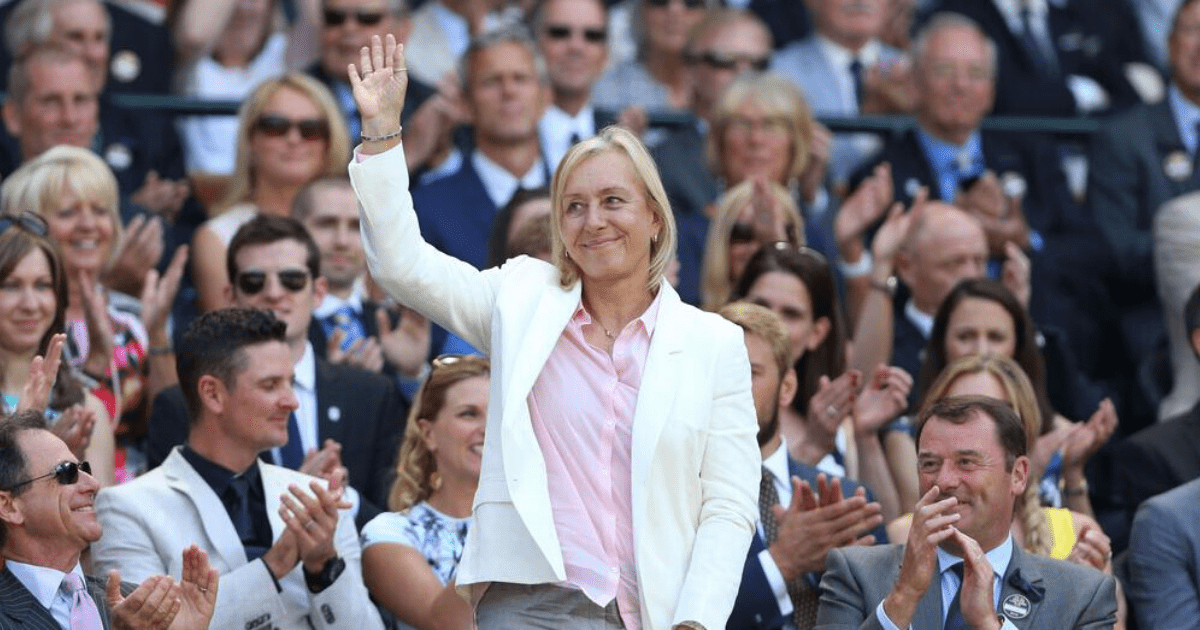 TENNIS legend Martina Navratilova is working at the US Open this month as one of their mainstay pundits.

Here’s what you need to know about the former nine-time Wimbledon champ.

Who is Martina Navratilova?

Martina Navratilova was born in Prague, Czechoslovakia (now in the Czech Republic) in 1956.

Originally born as Martina Subertova, when her parents divorced at the age of 3, she took the name of her new stepfather Miroslav Navratil (adding the female suffix “ova”), who married Navaratilova’s mother in 1962.

Navratil would also go on to become her first tennis coach.

Starting playing tennis regularly at the age of 7, Navratilova managed to win the Czechoslovakian national championship in 1972 at the age of 15.

Navratilova is also the most successful female tennis player to ever grace SW19 with a record 9 ladies singles championships, arguably producing some of her best performances at the All England Club.

With her attacking serve and volley style, Navratilova also spent 332 weeks as world No1 in singles and 237 weeks in doubles, making her the only ever player to have held the top spot in both for over 200 weeks.

Seen by many as one of the greatest female players of all time, she was inducted into the tennis hall of fame in 2000.

Who is she married to?

They first meet 17 years ago in a Parisian gay bar.

After securing US citizenship, Martina gave an interview where she came out as gay in 1981.

Before tying the knot she reportedly had difficult relationships with ex-girlfriends Toni Layton and former Miss Texas Judy Nelson.

She proposed to girlfriend Julia Lemigova in 2014 at the US Tennis Open.

When did she have cancer?

On April 7 2010 Martina Navratilova announced she was being treated for breast cancer.

The month before she had a tumour removed from her left breast.

In May of that same year she underwent radiation therapy.

After a six month battle with the disease she declare herself free of the cancer.

What was the John McEnroe pay row?

In 2019, Navratilova hit out at the BBC after discovering that fellow Wimbledon pundit John McEnroe is paid way more than her.

But Navratilova, 61, told Panorama that she is paid around £15,000 by the BBC for her commentator role at Wimbledon.

“It was a shock because John McEnroe makes at least £150,000… I get about £15,000 for Wimbledon and unless John McEnroe’s doing a whole bunch of stuff outside of Wimbledon he’s getting at least 10 times as much money”, she said.

Navratilova said that she was told she was getting paid a comparable amount to men doing the same job as her, adding: “We were not told the truth, that’s for sure….

Navratilova, who was crowned Wimbledon ladies’ champion nine times, said that her agent will ask for more money in future.

What has she done outside of tennis?

Navratilova has also been a very prominent activist in a number of charities.

In 2000, she received a National Equality Award from the Human Rights Campaign, which is one of the largest activist groups for gay and lesbian rights.