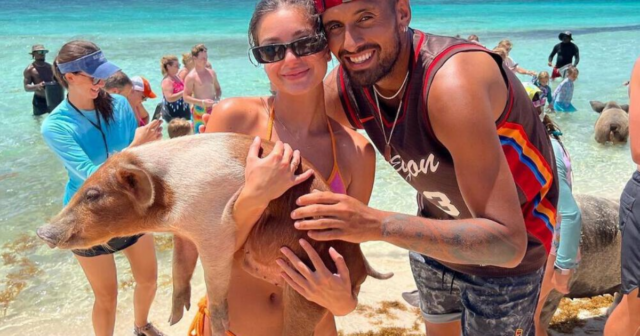 NICK KYRGIOS and stunning girlfriend Costeen Hatzi hung out with pigs and sharks during their post-Wimbledon holiday.

The loved-up couple jetted off to The Bahamas for some well-earned downtime after the Aussie reached his maiden Grand Slam final.

The tennis ace even played with a shark 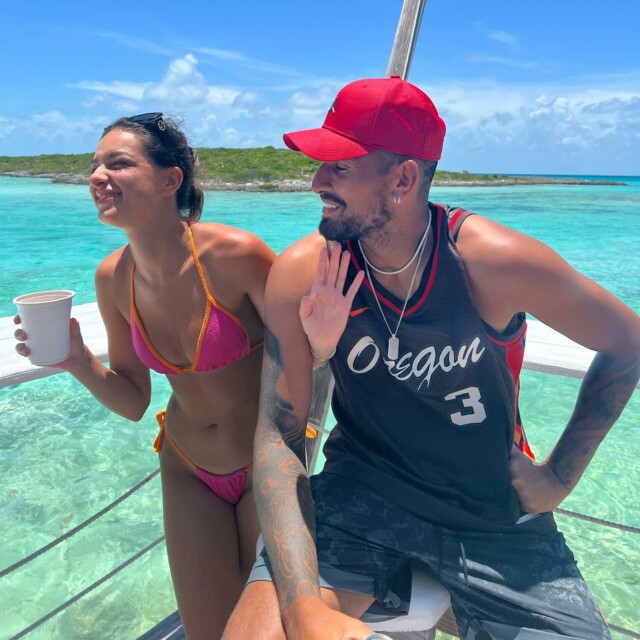 The loved-up pair are enjoying some downtime after Wimbledon

And part of their five-star luxury resort stay included a visit to see some of the local Caribbean wildlife on the famous Pig Beach in Exuma.

Kyrgios certainly has a few foes in the tennis world – including Stefanos Tsitsipas – but seemingly had no trouble making friends with the animals.

Kyrgios, 27, posted photos and videos on Instagram of himself playing tug-of-war with a shark, cuddling a micropig, patting a huge hog and feeding lizards off a stick.

And following some criticism, the vegan star – who chose the diet because of his love of animals – confirmed the shark was not hooked but instead biting bait on a rope.

In one video, he shows himself enjoying a Sands Light Bahamian beer and turned the camera around to his partner, declaring: “It doesn’t get better than this.”

Kyrgios wore an NBA basketball shirt, dark shorts and his beloved red cap which landed him in hot water at the All England Club earlier this month.

His 21-year-old Sydney blogger and model girlfriend Costeen, meanwhile, looked incredible in a pink bikini as they were all smiles in the sunshine.

Kyrgios spends most of his spare time when not back in Australia or on tour playing tennis in The Bahamas.

But they endured a nightmare journey getting there this week as they suffered delayed flights and lost luggage at Toronto Airport in Canada.

Once they arrived, though, there were clearly in the mood to relax – just as they were by partying late into the night after the final defeat.

Kyrgios took the first set against Novak Djokovic on Centre Court before the Serbian maestro came fighting back to win 4-6 6-3 6-4 7-6 and claim a seventh Wimbledon crown. 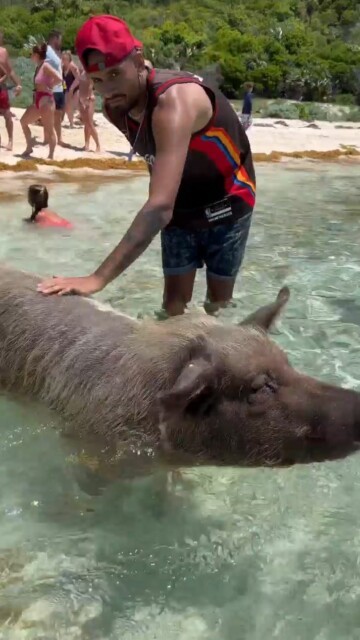 Kyrgios enjoyed making the new friends at the beach 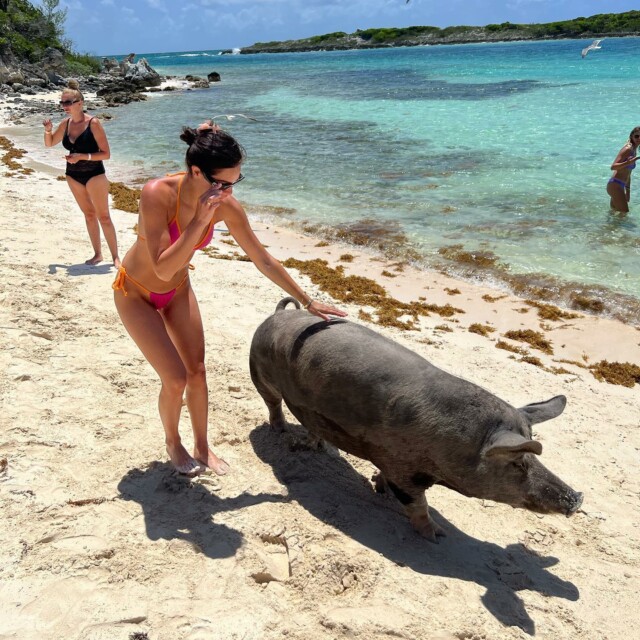 Costeen was also getting on well with the local wildlife 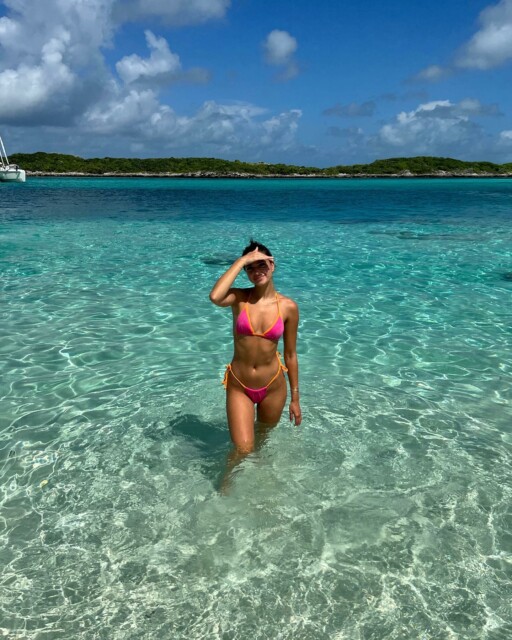 She stunned in a pink bikini in the crystal-clear waters