Is Naomi Osaka playing at the Tokyo Olympics?
Advertisement 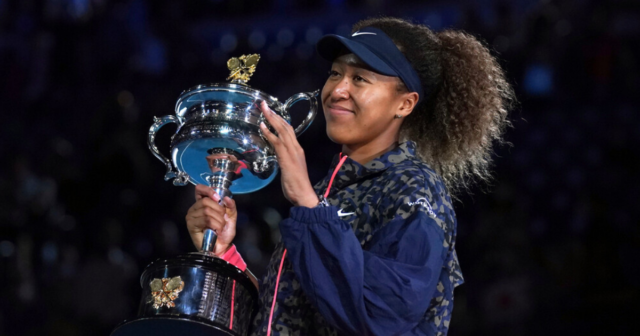 NAOMI OSAKA has passed up the opportunity to play in two Grand Slam tournaments over the past few weeks.

But the Japanese star doesn’t seem like she wants to miss her homecoming when the Tokyo Olympics get underway this month.

The 23-year-old has become one of tennis’ rising stars over the past several years and could continue her rise to superstardom in Japan this summer.

Is Naomi Osaka playing at the Tokyo Olympics?

Osaka withdrew from the French Open earlier this year after she was fined £10,000 for skipping media interviews during the tournament, citing worries over her mental health.

The young star then pulled out of Wimbledon, despite officials at the All England club offering to talk things over with her camp about handling media.

Despite all of that, Osaka WILL be playing at the Olympics in Tokyo.

“It would honestly mean the world to me to bring home a gold in Japan,” she said.

“I think it would take some time to fully sink in.

“But to be able to win a gold on my country’s soil, knowing the youngest generation is watching – it makes me emotional to know I have the opportunity to make an entire generation inspired and an entire country proud.”

Osaka won the Australian Open earlier this year and was unbeaten in 15 Grand Slam matches before withdrawing at Roland Garros.

Naomi Osaka will compete at Tokyo 2002 this summer

Her form could be back to its best in Tokyo, however, as the Olympics will be played on hard courts, where all four of her slams have been won.

Roger Federer is one star who won’t be competing at the Olympics, however, after he revealed a knee injury would delay his return to the sport until the end of summer.