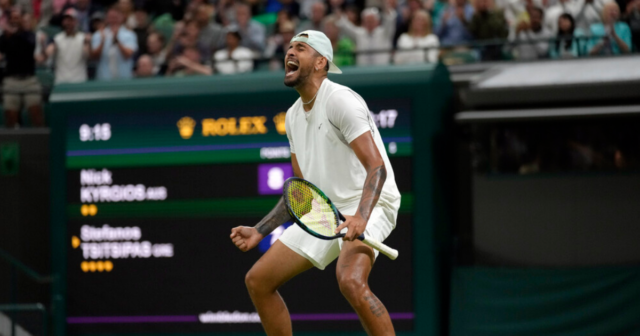 NICK KYRGIOS has won the support of Rafael Nadal’s uncle, Toni, who has blamed Stefanos Tsitsipas for the controversy filled match at Wimbledon.

Kyrgios, tennis’ bad boy, argued with the umpire throughout his victory over Tsitisipas on Saturday.

Stefanos Tsitsipas has been fined $10,000 for his actions meanwhile Nick Kyrgios was fined $4,000 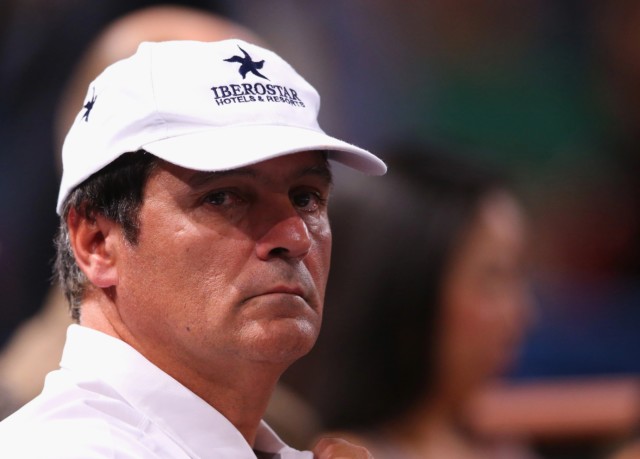 However the world No.5 also lost his temper smashing a ball into the crowd, one at the scoreboard and another two at his opponent during points.

He said via Spanish outlet Noticiero.lat: “I have been critical of the Australian as a result of his rudeness, his unsportsmanlike attitudes, his recurrent outbursts or his unfortunate comments.

“On this occasion, however, I think the blunder … is attributable to the Greek.

“It is true that Kyrgios is too annoying, provocative and that he can easily drive his opponents out of their mind.

“However, I was greatly surprised Tsitsipas couldn’t deal with those situations.

‘It is clear that Tsitsipas acted to his own detriment, lacking in the habit of dealing with those situations in which a player feels … unable to control his emotions and his nervousness.”

Kyrgios’ has had a frosty relationship in the past with Nadal after the Aussie’s comments on him after a match between the two at Wimbledon back in 2019.

Kyrgios has been in incredible form this year on grass and in making the last eight, he has matched his best ever Grand Slam performance.

He faces Chilean Christian Garin in the quarter-final tomorrow.

A win could set up a semi-final clash with Nadal if the 36-year-old legend beats American Taylor Fritz.

Novak Djokovic remains favourite to lift the trophy on Sunday but Nadal and Kyrgios are seen as his two biggest threats.