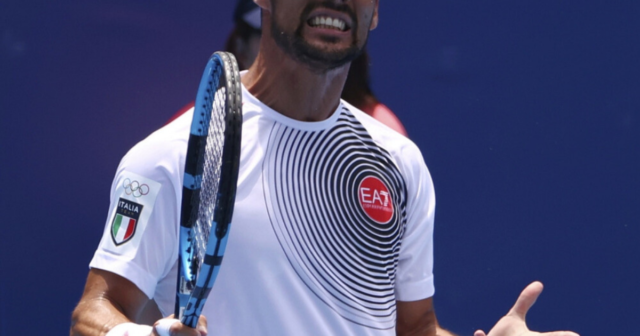 TENNIS star Fabio Fognini apologised for using a homophobic slur – and blamed the 30°C heat at the Olympics in Tokyo.

The fiery Italian went down 6-2 3-6 6-2 to world No2 Daniil Medvedev on Wednesday in the men’s singles.

And throughout the third-round match, Fognini repeatedly berated himself as a ‘frocio’ – an anti-gay term in Italian.

The 34-year-old, 31st in the ATP tennis rankings, took to social media to say sorry.

He wrote on Instagram: “The heat went to my head.

“In today’s match I used a really stupid expression towards myself.

“I love the LGBT community and I apologize for the nonsense that came out of me.”

Fognini is no stranger to controversy.

In 2017, he was booted out of the US Open for insulting an umpire.

Two years later, the former world No9 wished a ‘bomb would explode’ at Wimbledon then got into spat with Andy Murray, with the Brit brutally telling his opponent to ‘shut up’.

And just three months ago, Fognini was defaulted from the Barcelona Open – again for verbal abuse.

Medvedev was also in the eye of a storm after his comments following the win.

He needed two medical time-outs in the intense temperatures and humidity in Tokyo.

And the Russian claimed he could have died in the conditions.

Medvedev said: “I can finish the match, but I can die. If I die, who will take responsibility?”

He also blasted a journalist for suggesting the Russian Olympic Committee team are ‘carrying a stigma of cheaters’ at the Games.

The Australian Open runner-up raged: “I think you should [remove] him from either the Olympic Games, either the tennis tournament.

“I don’t wanna see him again in my interviews. Thanks.” 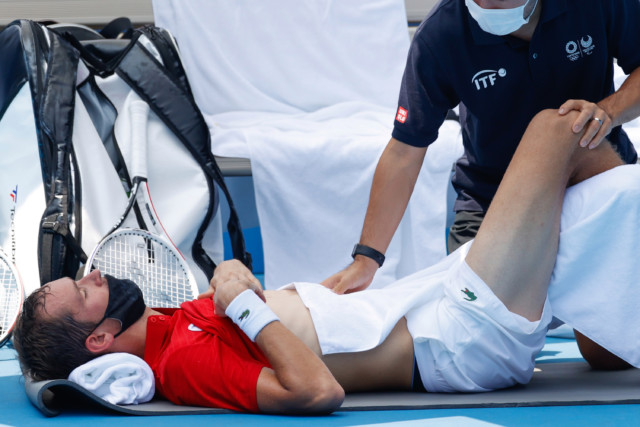 Daniil Medvedev claimed he could have died in the Tokyo heat