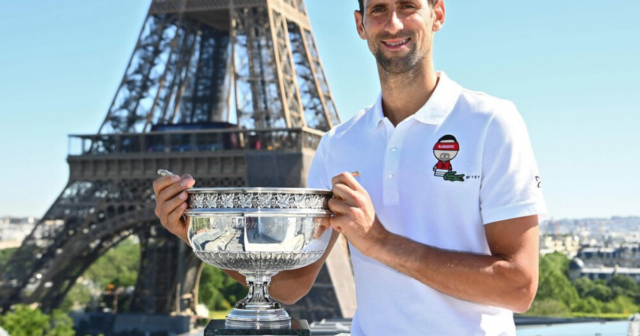 A LEAKED email from the ATP has confirmed Novak Djokovic is set to be banned from this year’s French Open under new vaccination rules.

On Monday, the French health ministry announced vaccine passes will be required for visiting athletes for upcoming events.

World No1 Djokovic, 34, was sensationally kicked out of Australia after his visa was cancelled following a long row regarding his anti-vax status.

France are set to introduce rules that will see the Serbian – one of just three players inside the world’s top 100 to have not been vaccinated – denied the chance to fight for his 21st Grand Slam in Paris.

And the ATP – the governing body of professional men’s tennis – has sent a blunt email to players informing them of the coming changes.

The email, seen by Tennis Majors, read: “[Players] have been informed by the French Tennis Federation that legislation will soon be passed by the French Government prohibiting non-vaccinated athletes from competing in any sporting event.

“It is currently uncertain whether players who have recently recovered from Covid-19 will be allowed to compete unless they have completed at least one dose of a two-dose vaccine.

“Further clarification from the French Government is required.”

Looking to further clarify the update, the message continued: “Non-vaccinated players will be unable to compete at tournaments in France.

“Players will have to be fully vaccinated to be eligible to compete, OR have a medical certificate that exempts them from vaccination due to medical reasons.

“Please note that no travel or other exemptions will be available.”

Earlier in the week, the French sports ministry said: “The rule is simple.

“The vaccine pass will be imposed, as soon as the law is promulgated, in establishments that were already subject to the health pass.

“This will apply to everyone who is a spectator or a professional sportsperson. And this until further notice.”

The rule change, approved by parliament on Sunday, specifically stated the French Open will not be exempt from the new guidelines.

The ministry continued: “Now, as far as Roland Garros is concerned – it’s in May.

“The situation may change between now and then and we hope that it will be more favourable.

“So we’ll see, but clearly there’s no exemption.”

France’s move to tighten restrictions comes as Djokovic looked glum after landing in Dubai on Monday.

The world No1 was seen posing for selfies in the airport on his way to board another plane after losing his see-saw legal battle to stay in the country and compete at the Australian Open.

He left Australia after his visa was cancelled by the local Government before losing his court appeal in Melbourne.

Having fallen foul of the country’s strict Migration Act, Djokovic will not be allowed back for three years ‘except in certain circumstances’.