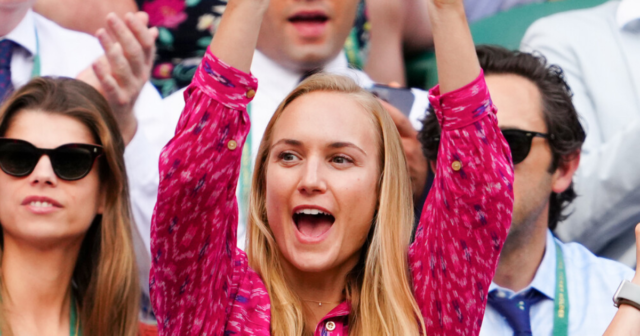 AS Cameron Norrie has continued his epic run to a Wimbledon semi-final, there’s been one constant – cheering him on from the stands.

The sight of Louise Jacobi, his stunning girlfriend, pumping her fists whenever he wins a point has become almost as synonymous as her glam outfits. 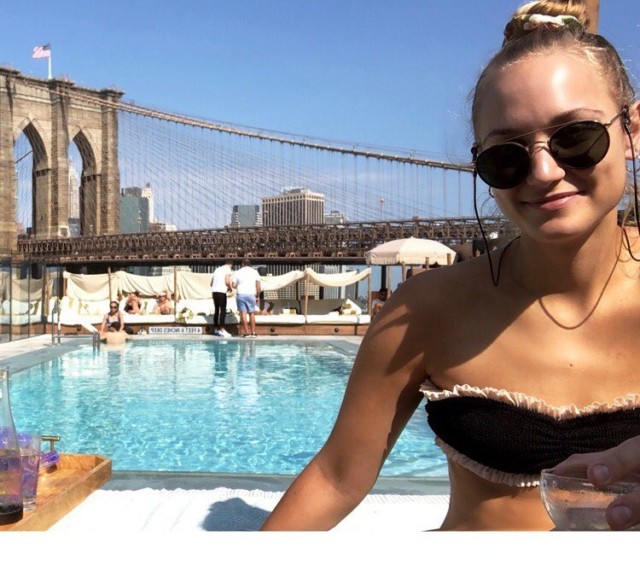 A textiles designer by trade, Jacobi has her own company and worked for Calvin Klein

When the British No1 saw off American Tommy Paul in three sets, she drew attention in a hot pink playsuit.

If she’s not dazzling in the crowd at centre court, New York-born Louise is wowing clients as a textiles designer.

She worked for Calvin Klein, before taking on a job as a consultant for Please Don’t Touch.

But it’s her romance with Norrie that has caught the country’s attention.

They have been dating for roughly two years, although it is not known how they met, and she has been described as being a ‘calm, positive impact’ by his mum and dad.

As reported by The Times, Norrie swapped a life of hedonism for a more professional one – following a moped crash six years ago.

However, Louise has reportedly kept the tennis ace on the straight and narrow.

That said, they don’t shy away from living a fancy lifestyle.

The Central St Martins graduate has shared snaps with Norrie away in Monaco, New Zealand, and Italy.

Norrie famously became the first Brit to win the BNP Paribas Open in Indian Wells, California, and she was there by his side.

According to Please Don’t Touch website, Louise ‘oversees the entire creative process and strategy’ including sourcing, development and sale of ‘luxury products for interior design brands and fashion houses’.

Cameron’s mum Helen revealed: “She has a calm about her. I think she’s been good for him and they are able to talk about other things away from the court.

“Cameron is a bright boy and you have got to have other interests in life otherwise you would go mad.” 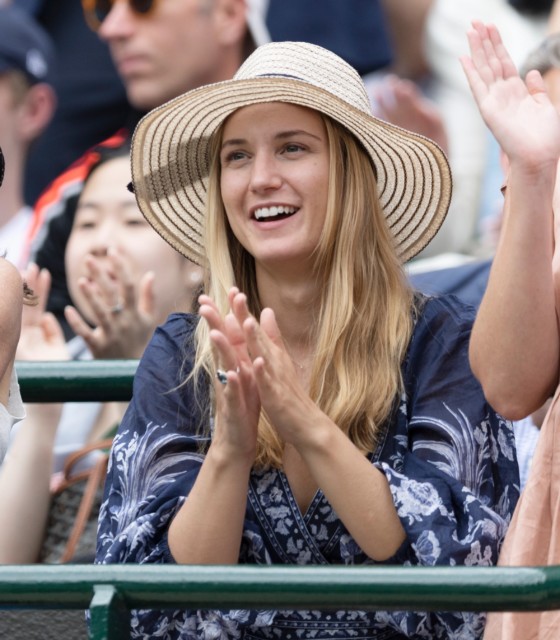 Glam Jacobi has always looked elegant cheering on her beau 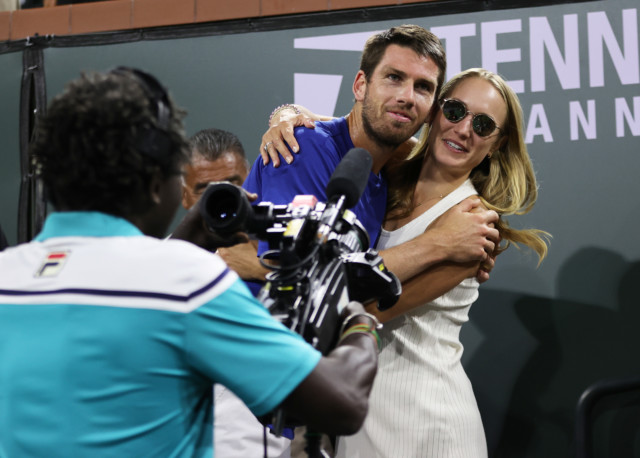 When Norrie won the BNP Paribas Open at the Indian Wells Tennis Garden, Jacobi joined him on court to celebrate 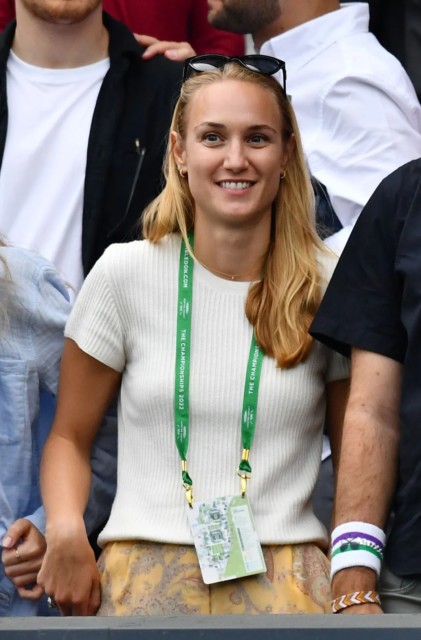 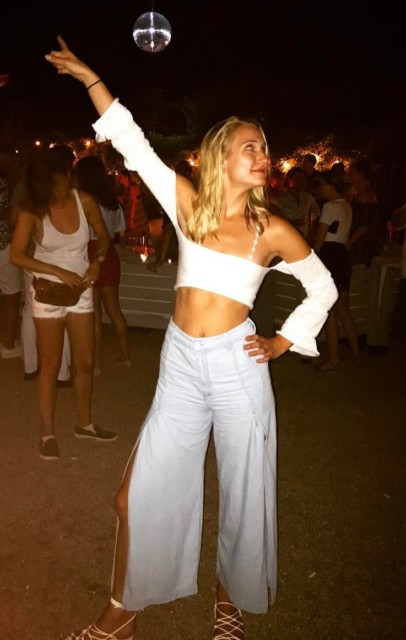 Although they get on famously well at home, when it comes to cooking there is a bit of tension.

In an interview with The Times, Cameron revealed they don’t see eye-to-eye in the kitchen.

“We get into arguments when we cook,” he said.

“Because Louise always wants to follow recipes to the letter while I prefer to wing it and experiment a bit.”

Hopefully, for British tennis fans and Norrie he will be able to serve up a treat on Centre Court on Friday when he takes on Novak Djokovic. 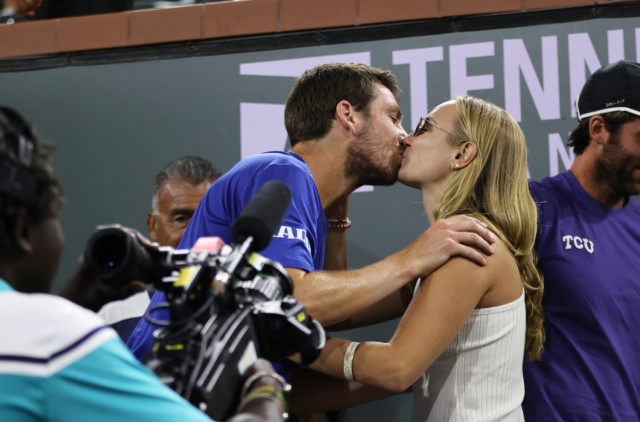 Jacobi showers Norrie with attention and a kiss 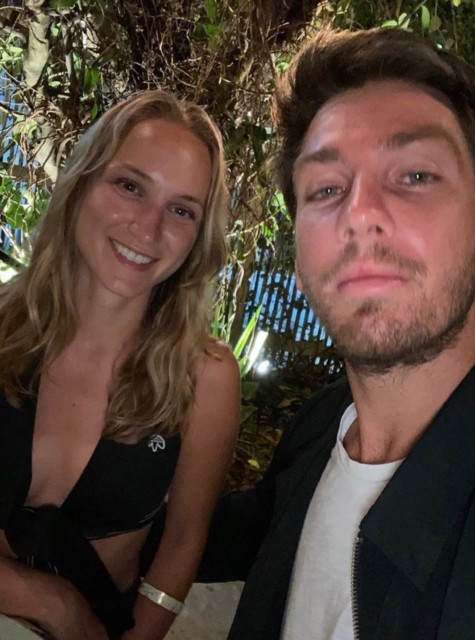 The only time Jacobi and Norrie clash is over cooking 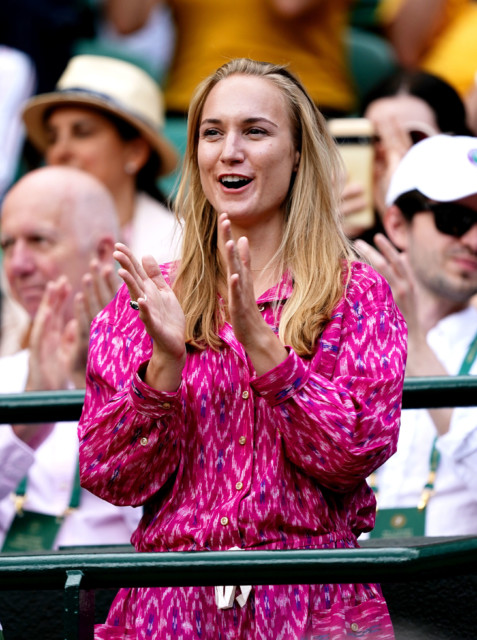 Jacobi will likely be eagerly anticipating Norrie’s semi final against Djokovic
In this article:beenone, cameronnorrie, epicrun