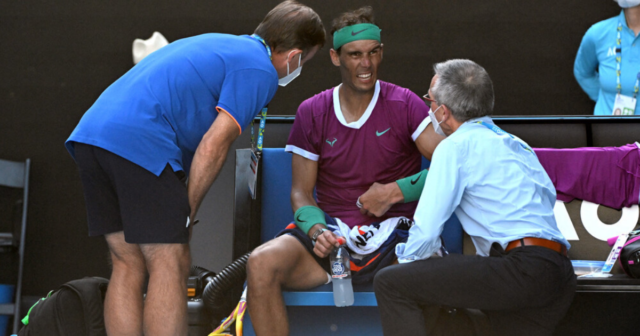 RAFAEL NADAL remains on course for a record-breaking 21st tennis singles Slam as he knocked out Canadian Denis Shapovalov.

That is despite the 35-year-old being “completely destroyed” by acute stomach pains on court.

The Spaniard underwent his toughest match at this year’s Australian Open and was pushed to his physical limits over four hours before winning 6-3 6-4 4-6 3-6 6-3.

It is a 36th major semi-final and he will have time to rest and recover before facing either Frenchman Gael Monfils or Italian Matteo Berrettini in the final four on Friday.

Some may argue that the chance to move ahead of Novak Djokovic and Roger Federer in the Slam stakes for the first time has been helped by the controversial deportation of the Serbian at the start of the tournament following a Covid visa row.

Shapovalov, who is coached by Brit Jamie Delgado, the former mentor to Andy Murray, refused to be defeated in three sets but surely missed he missed a real opportunity to knock out a legend of this sport.

Nadal was not at his best, serving a record 11 double-faults, and struggling physically in the heat on the Rod Laver Arena.

He called for the trainer about a stomach issue, required a medical evaluation from a doctor at the end of the fourth set and regularly used the air-conditioning tube next to his bench to cool down.

Nadal, who won this title only once in 2009, said this was an emotional victory given the circumstances.

He said: “I don’t know honestly how I won that. I was completely destroyed, it was a tough, warm day. I didn’t practice for this, I was a little bit lucky at the start of the fifth.

“At the beginning of the match, I felt great. It is difficult to play a talented, aggressive player like Denis. He was serving huge, especially on the second serve.

“I had my chance at the beginning of the third. I started to feel tight as he pushed me. It’s amazing to be in the semi-finals.

“I started to feel unwell in my stomach. I asked if they could do something, they checked but everything was alright. 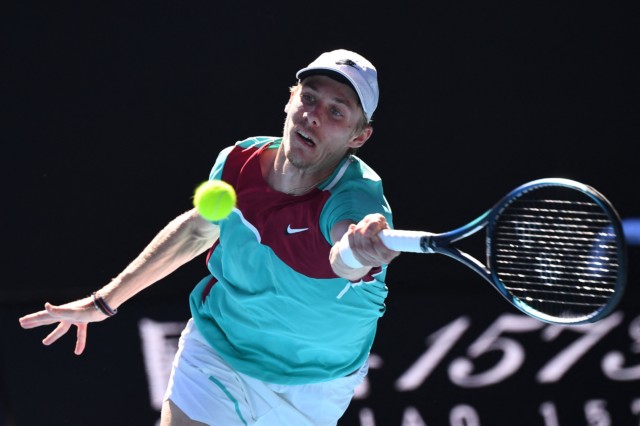 Shapovalov failed to get the better of Nadal, who had served a record 11 double-faults 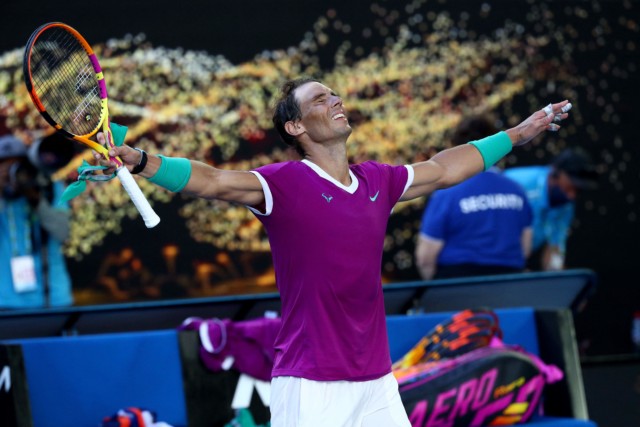 “I took some tablets to improve the stomach problem I had. I was lucky I was serving great in the fifth.

“Having two days off will be very important. I am not 21 anymore. After this match it is great to have the time off.

“The conditions here haven’t been that hard for the last week-and-a-half. I hope the tennis was great. I hope I am ready for the semi-finals.”