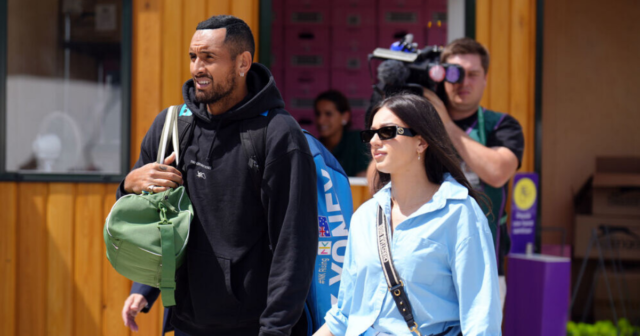 The Australian tennis star was pictured arriving at the All England Club with influencer Costeen Hatzi and the couple were later seen cozying up by the side of a practice court.

Nick Kyrgios and his girlfriend Costeen Hatzi arriving at Wimbledon

The couple exchanged a kiss at the All England Club 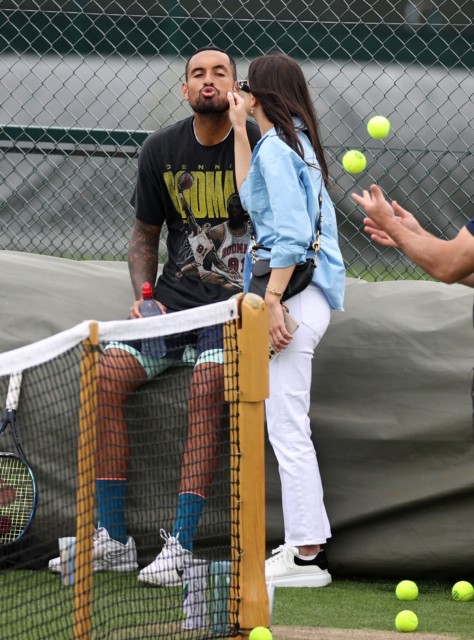 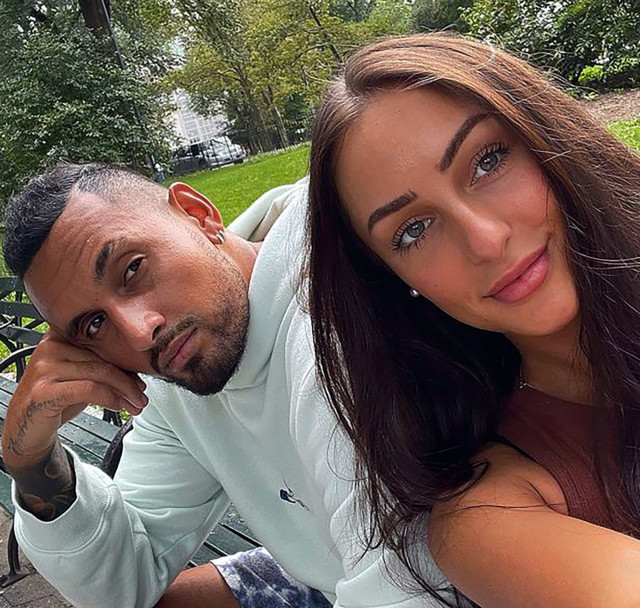 Kyrgios is due to play Chile’s Cristian Garin in the quarter-finals at Wimbledon later today.

The star and his 21-year-old girlfriend were seen exchanging a kiss as they arrived ahead of the match.

She was later seen pinching his cheek as he took a break while practising.

On Tuesday, it was announced that Kyrgios will appear before a court in Australia after he was accused of assaulting his ex Chiara Passari,

The 23-year-old who dated Kyrgios on and off for just over a year, says she first reported the alleged assault to police in Canberra in December.

The model, who was allegedly pushed by her ex, also says she had nothing to do with the summons to appear in court only emerging this week.

In response to an Instagram comment defending her, Ms Passari wrote: “Thank you. Finally someone smart enough to understand how the justice system works.”

If found guilty, the 27-year-old Australian faces up to two years in prison.

In a statement released on Tuesday, police in the Australian Capital Territory (ACT) said: “ACT Policing can confirm a 27-year-old Watson man is scheduled to face the ACT Magistrates Court on the 2nd of August in relation to one charge of common assault following an incident in December 2021.”

Kyrgios and Chiara started dating in July 2020 but broke up in Autumn last year.

This was three months after Kyrgios had split from his ex – Russian tennis player Anna Kalinskaya.

In December 2021, Kyrgios was pictured with influencer Costeen at a basketball game in Sydney and the two have been together since.

In the wake of the allegations, Kyrgios responded by sharing a picture on his Instagram of himself with a young fan.

“This is why I play,” he wrote. “To all my youngsters out there, believe in yourself.”

In the comments, his elder brother Christos defended his sibling, writing: “Love this one brother, haters and liars will always try bring [sic] us down – we keep it 100 and push forward!!”

Later today, Kyrgios will face off against the Chilean Cristian Garin for a spot in the semi-finals at Wimbledon.

Appearing at practice shortly after the allegations emerged, he seemed calm, telling the waiting reporters he “felt like he was in The Last Dance” – referring to the 2020 documentary about basketball legend Michael Jordan.

Later on Tuesday, Kyrgios’s legal team released a statement denying the tennis star had been charged.

“At the present time, the allegations are not considered as fact by the Court, and Mr Kyrgios is not considered charged with an offence until the First Appearance,” they said.

“It may be misleading to the public to describe the Summons in any other manner than a formal direction to appear to face allegations, the precise nature of which is neither certain at this moment nor confirmed by either the Prosecution or Mr Kyrgios.” 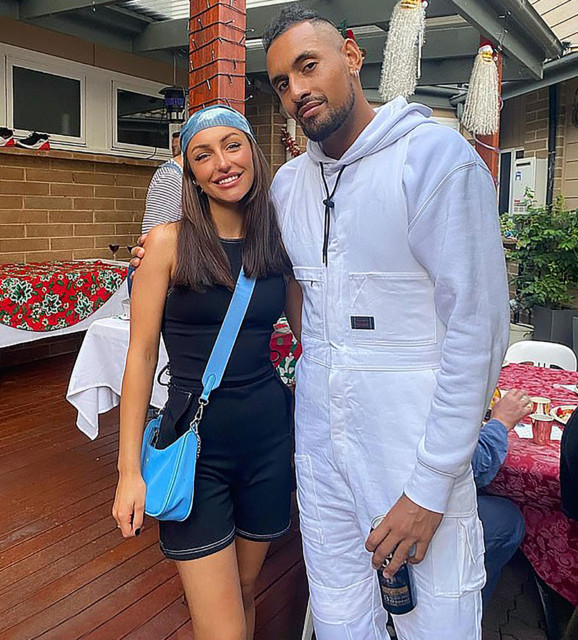 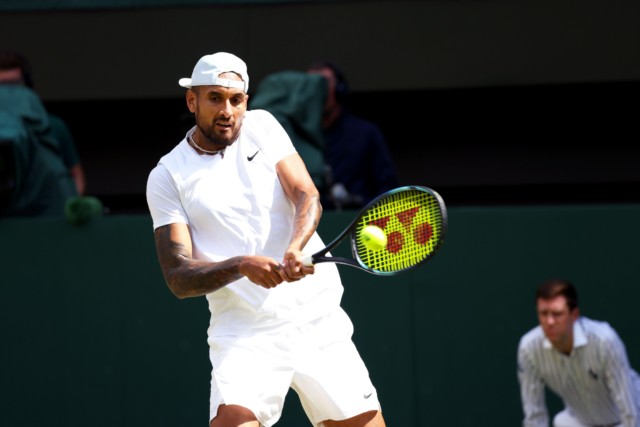 Kyrgios, 27, is due to play in the quarter-finals at Wimbledon later today