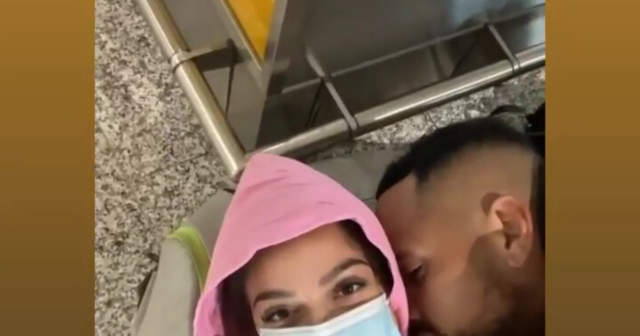 The Australian bad boy reached a Grand Slam final for the first time in his career but came up short against Novak Djokovic in a 6-4 3-6 4-5 6-7 defeat.

Despite that, he and model Hatzi were still in party mood despite having lost the showpiece as he soon whipped out a well-deserved bottle of beer of his own upon leaving SW19.

Kyrgios accused a spectator of having 700 drinks during the final but he was on the lash himself hours later when he ventured to a London nightclub alongside Hatzi and sister Halimah.

Now the hangover of what has been an epic fortnight in the capital could finally be hitting home after they faced a disastrous journey back Down Under.

Hatzi revealed the couple’s nightmare on her Instagram account as she shared two photos onto her story.

The first showed her laid down on a departure lounge floor with her fella cuddling into her and a backpack providing a pillow.

The second then revealed their legs and showed people walking past them as she tagged the snaps at Toronto Airport in Canada.

Hatzi elaborated on the problems by captioning them with: “The reality of delayed flights &amp; lost luggage…”

Whether or not Kyrgios’ sharp tongue or temper got the better of him during their travel turmoil remains unknown.

The firebrand was fined three times for his on-court outbursts en route to his defeat to Djokovic.

Now his fans will be thrilled to hear he will be the focus of an upcoming Netflix documentary about life on the ATP and WTA tennis tours.

The world No 45 was fined a total of £15,000 for transgressions at Wimbledon.

He was overheard swearing during an incredible meltdown in the final on Centre Court on Sunday in front of a Royal Box which had guests including eight-year-old Prince George.

During his first-round win over Brit Paul Jubb, Kyrgios admitted to spitting in the direction of a fan who was getting under his skin.

He was also fined for slamming the match officials during his fiery third-round win over Stefanos Tsitsipas.

Kyrgios’ girlfriend is a Sydney-based blogger and founded her own business, Casa Amor Interiors, which focuses on minimalist home decor. 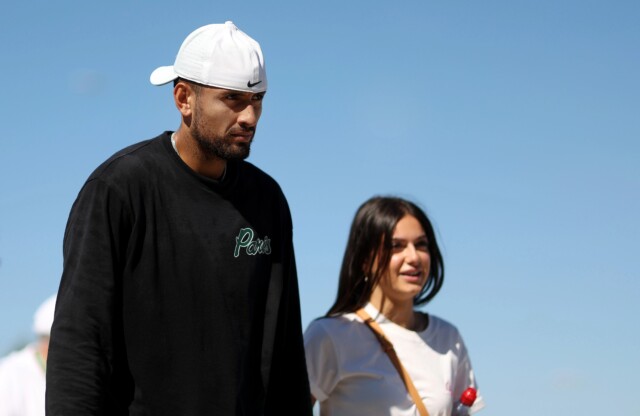 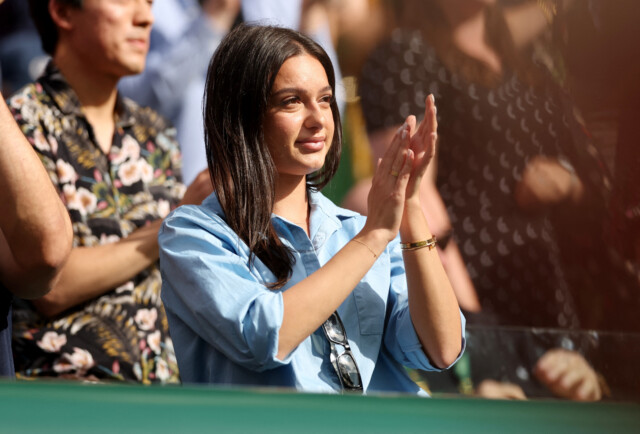 Advertisement. Scroll to continue reading.
In this article:forthefirst, grandslam, nickkyrgios