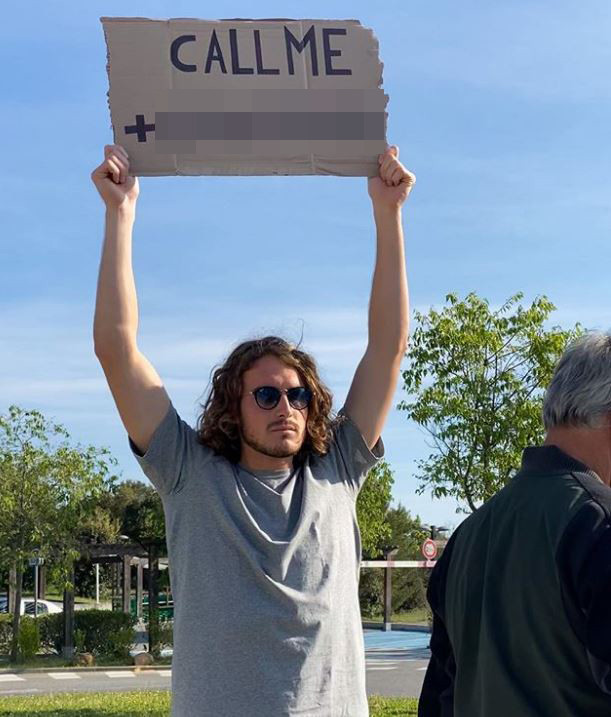 NICK KYRGIOS got hundreds more birthday messages than normal and had to beg fans to stop calling him after “idiot” Stefanos Tsitsipas incredibly posted his phone number on Instagram.

The Australian tennis star, 25 on Monday, was inundated with texts, Whatsapp messages and calls after his fellow pro’s prank. 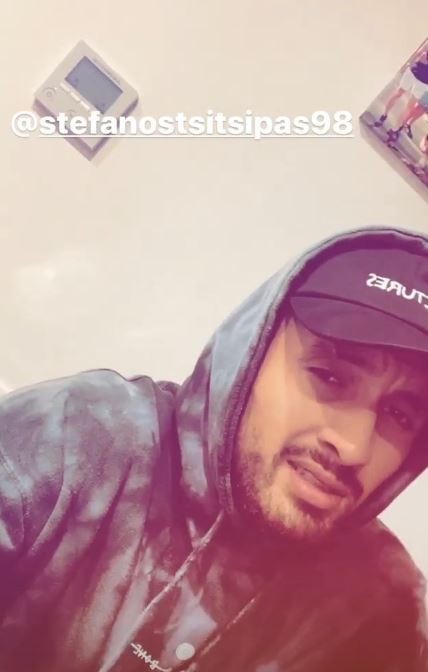 Tsitsipas, 21, regularly uploads photos holding up a cardboard sign on his Insta page.

And on Monday he shared a picture with the sign saying, “Call me” followed by an Australian number.

The Greek star captioned the post, liked by more than 119,000 people: “Lift others up.”

But not only was the number a real phone number… it belonged to Kyrgios.

And it did not take long for Tsitsipas’ 869k followers to start testing it out and, in turn, bombard the birthday boy with notifications.

Kyrgios – whose dad is Greek – boasts a 2-0 head-to-head record over the reigning ATP Finals champion but took a big defeat on Monday and had to do something to try and stop the onslaught.

He commented on the original post: “You are an absolute idiot – everyone stop callling me!!!!!” with a series of laughing emojis which itself received more than 16,500 likes. 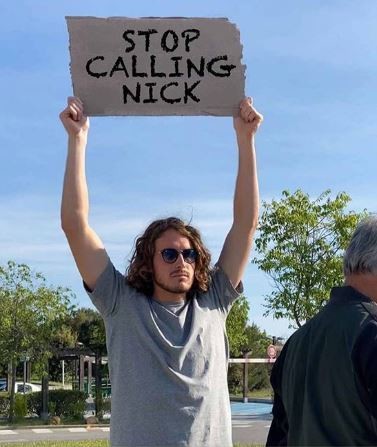 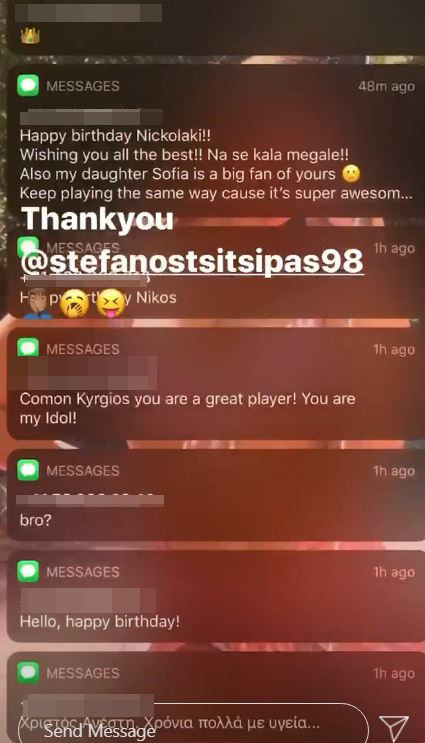 The world No40, who seemed to take the practical joke pretty well, then updated his own Instagram story with a message to tell fans they were breaking his phone.

Trying to hide a smile, no doubt appreciating the nature of the banter, said: “I understand it’s my birthday today, 25, big one, but please.

“I understand Tsitsipas posted my number on his Instagram. Please stop calling me.

“I can’t even play music, I can’t do anything. Please stop calling my cell phone. Appreciate it.”

And Tsitsipas made a half-hearted attempt to help as well.

He edited the picture by changing the message to, “Stop calling Nick” and adding it to his own story… but left the original post up.

Their efforts proved in vain, though.

Kyrgios added a screen record on Tuesday sarcastically “thanking” Tsitsipas and showing hundreds and hundreds of unopened messages – from birthday wishes to people just saying hello and even a couple of plucky admirers asking him out on a date.

Keen YouTube vlogger Tsitsipas, who has documented his travel around the world over recent years, announced last week he would only be uploading 13 more episodes to his channel.

In the meantime, with the tennis season suspended due to coronavirus, the world No6 is taking part in the virtual Madrid Open, beating Fabio Fognini and Kei Nishikori in the PS4 tournament. 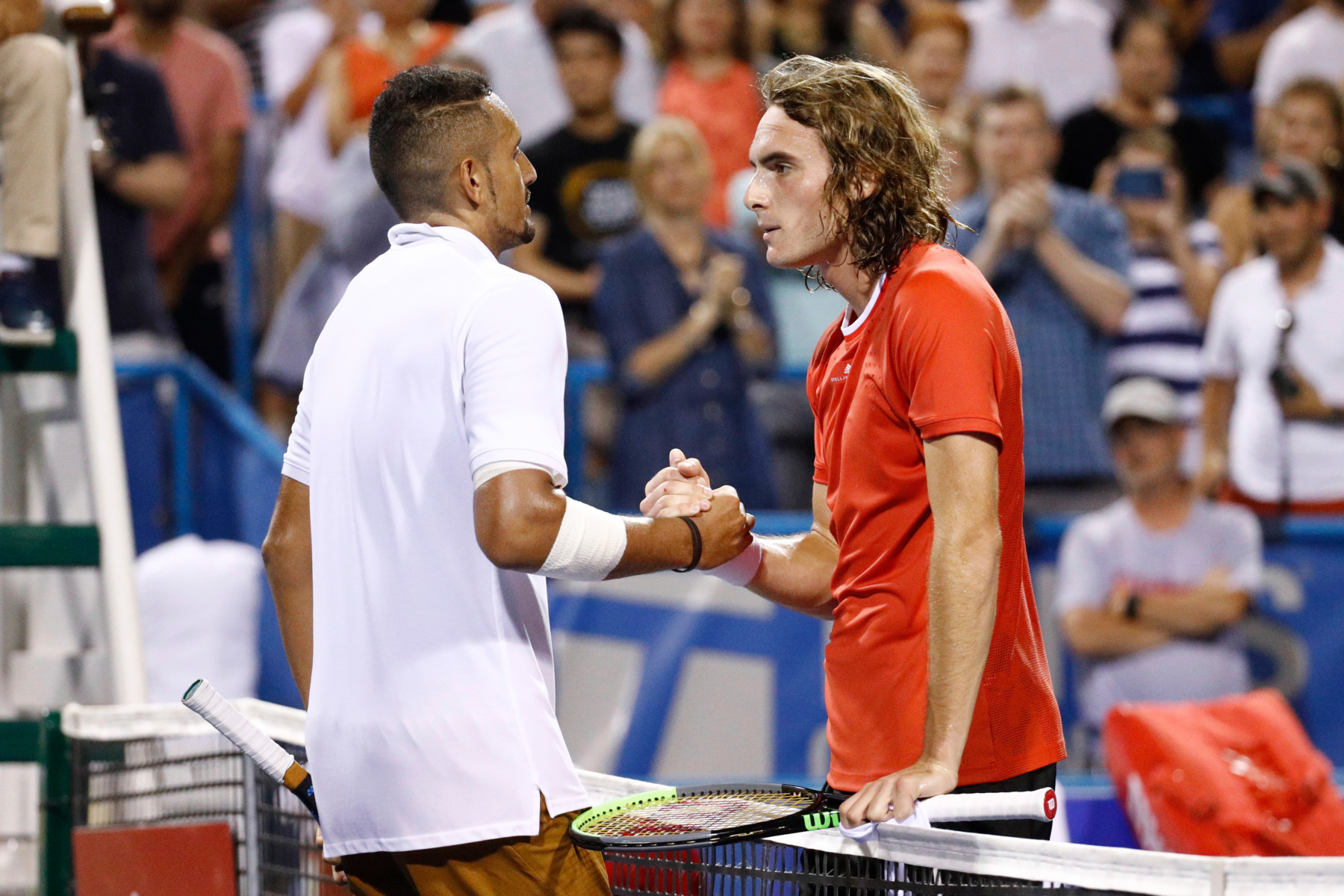 Kyrgios, whose dad is Greek, has a 2-0 pro record against the 21-year-old but took a big defeat on Monday

Advertisement. Scroll to continue reading.
In this article:Nick Kyrgios