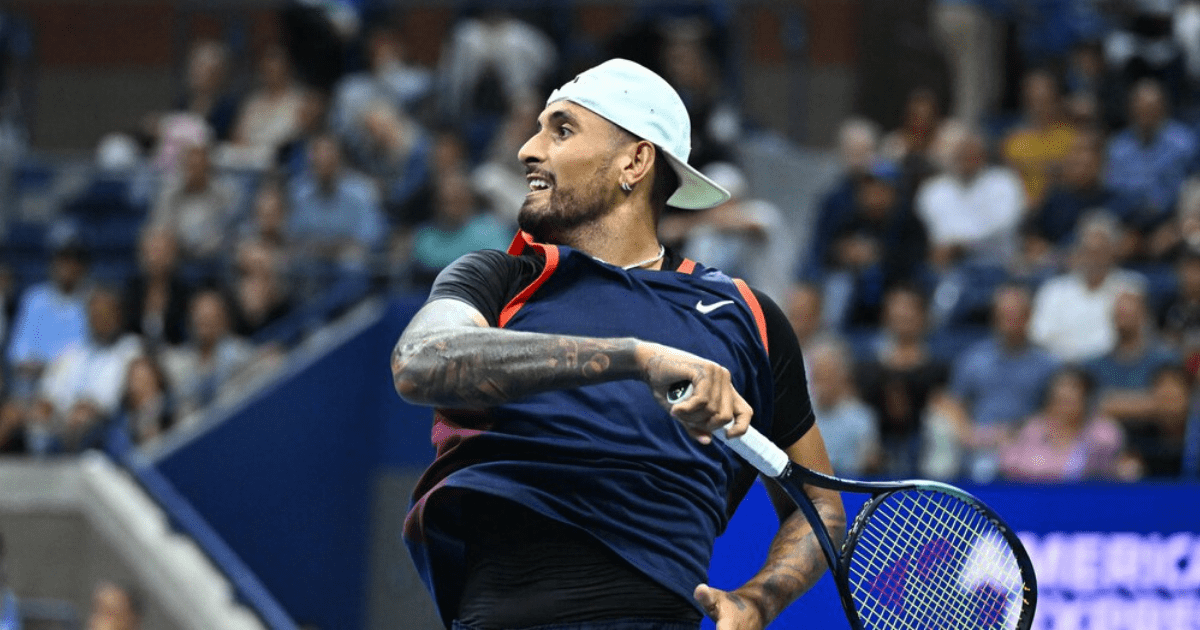 NAUGHTY Nick Kyrgios received a £12,200 fine for his outrageous outburst in his US Open exit.

The Australian smashed three rackets, swore repeatedly and received an unsportsmanlike conduct for throwing a water bottle on the court during his quarter final exit against Karen Khachanov on Tuesday night.

The ace was fined £12,200 fine for smashing three rackets, swearing and lobbing a bottle

Prior to that contest, the childish ace had already been fined £16,000 for four separate incidents in his singles and doubles actions.

Kyrgios won more than £435,000 in prize money from the singles and doubles action – him and Thanasi Kokkinakis were knocked out in the third round.

Now he must hand over more than £28,200 to authorities for bad behaviour.

The fines sheet for the tournament made interesting reading.

FOUR Brits were also on the offenders’ list from time spent in the Queens borough of New York.

Andy Murray has been docked $3,000 for unsportsmanlike conduct.

That incident occurred in his third round exit to Matteo Berrettini.