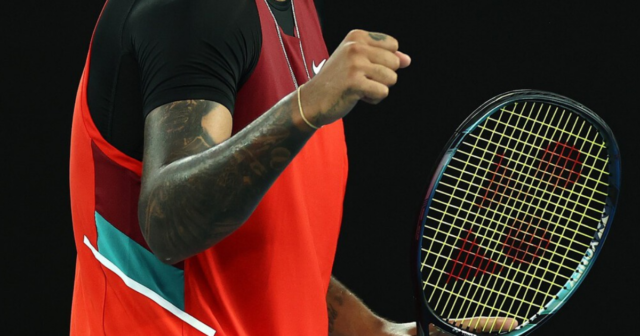 NICK KYRGIOS was compared to Donald Trump’s former lawyer Rudy Giuliani after hair dye melted onto his face during his match at the Australian Open.

The 26-year-old was dumped out of the Melbourne Grand Slam in the second round after losing to World No2 Daniil Medvedev in four sets. 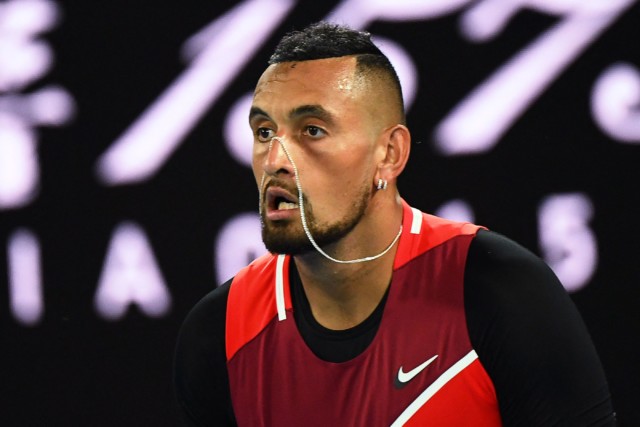 But it was his hair that caught the attention of some Australian Open fans.

What appeared to be hair dye began to melt onto the top of his forehead as the match wore on in the sweltering Melbourne heat.

And social media users reacted in their droves.

One person said: “His crown has been thinning for a while now. It happens. Well, you know, at 26 it’s quite early. But you know what, the struggle is real!”

Another added: “Must be extremely cheap hair dye. How embarrassing.”

While a third compared him to Giuliani by saying: “Nick Kyrgios having a Rudy Giuliani moment as hair dye melts off his face.” 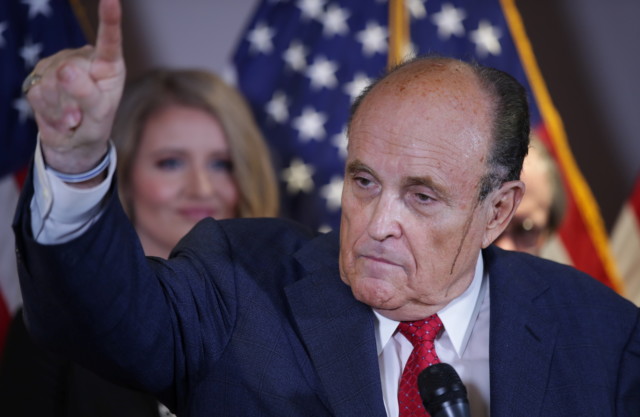 The reference to Giuliani relates to when Trump‘s ex-lawyer was left thoroughly embarrassed after his hair dye dripped all the way down his face during a press conference in November 2020.

Meanwhile, others were simply confused by what was on Kyrgios’ forehead.

One person said: “OMG, I’ve been noticing that and wondering what in the world I was seeing!”

Another commented: “I noticed it during the match & thought for a moment that he’d tattooed something on his forehead.”

But a fan of the Australian called for him to be proud of his hair by saying: “Embrace the receding hairline bro!”

Kyrgios’ defeat to Medvedev came in typically eccentric fashion as the larger than life character took aim at both the umpire and crowd during the match.

He could be heard telling the umpire: “I don’t want to talk to you, listen to me!”

And in another altercation he turned to the crowd to say: “Stop screaming out while I’m f***ing serving.”

Kyrgios has made a name for himself as a crowd pleaser with his on-court antics over the years.

And he did not disappoint during his short-lived time at this year’s Australian Open.

In his first round win over Britain’s Liam Broady, Kyrgios produced a never-before-seen underarm serve through the legs.

He also jokingly did a Cristiano Ronaldo celebration after wrapping up the win – referencing the crowd’s incessant ‘SIU’ chants throughout the match.