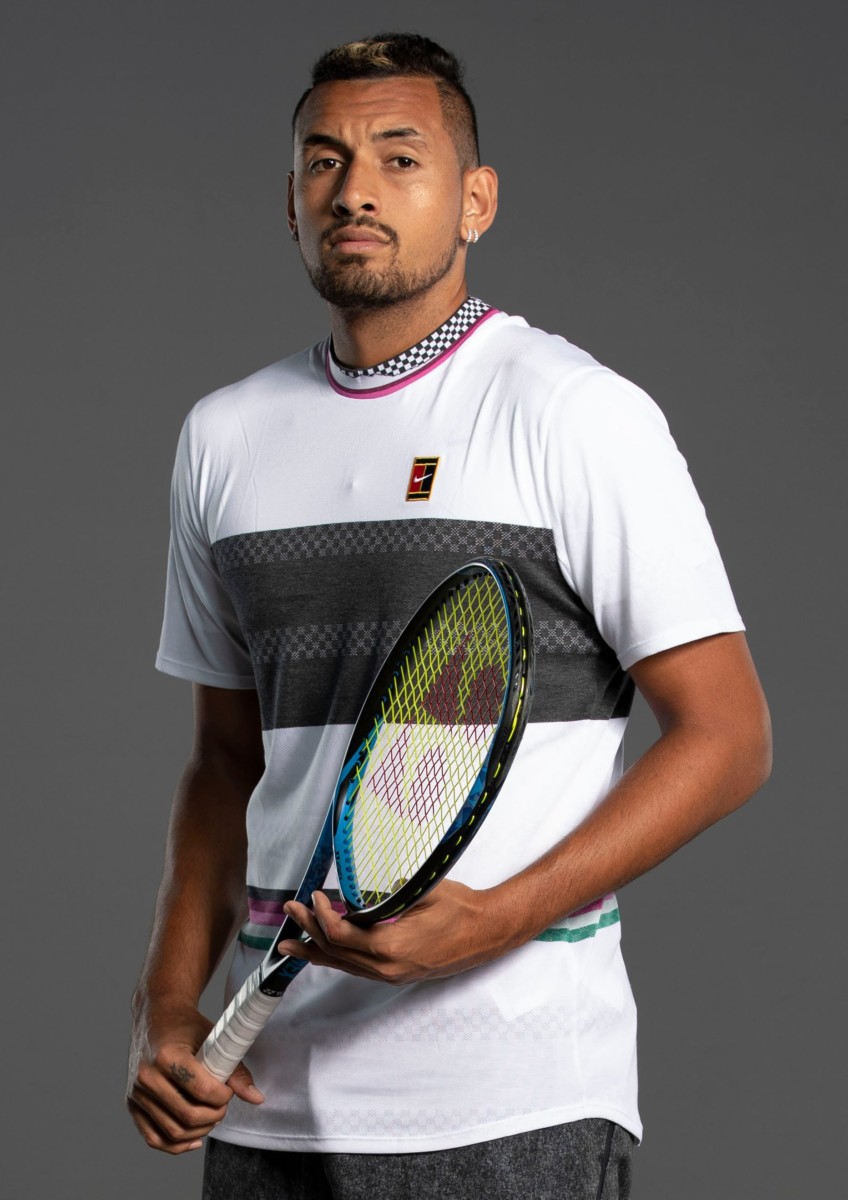 NICK KYRGIOS bravely opened up on his battles with depression and abuse, revealing they have helped make him the man he is today.

The Australian star, who turned 25 on Monday, has often divided opinion for his comments and character both off and on the court.

But in an emotional and honest Instagram post, Kyrgios referenced the long journey he has been on to get to where he is now, the world’s No40-ranked tennis star with career earnings of £6.89million.

Captioning a photo of himself, he wrote: “This version of me wasn’t built overnight. This is experience. This is pain. This is insecurities. This is abuse. This is depression.

“I had to go through things to get to the level I’m at now.”

The brave post received lots of positive reaction and support from his 1.4m followers.

One said: “The biggest heart in all of tennis. Your passion is inspiring!”

Another commented: “I’m proud to follow a sport that has someone of this character Nick. You’re an inspiration to many. You’re relatable and real. Much thanks for everything you do.”

And a third showed their respect as they wrote: “I didn’t follow you a few years ago, didn’t like the attitude, until I took a closer look and realised I saw a lot of things in you that you mention in this caption. For what it’s worth, I’m proud of you.

“I think you are the kind of bloke at the front in a battle and inspire men to want to follow you. The kind of man that leads with the heart and puts actions behind the words. Most definitely a fan now.”

This version of me wasn’t built overnight. This is experience. This is pain. This is insecurities. This is abuse. This is depression. I had to go through things to get to the level I’m at now.

And Behind The Racquet – an initiative set up by tennis pro Noah Rubin to help fight the stigma of talking about mental health, especially in the world of professional sport – also commented its support.

The Aussie was among the many within the tennis community to stand by British star Katie Swan when she opened up on her struggles with 12 months of turmoil last summer.

Kyrgios was born and grew up in Canberra to a Greek father and a Malay mother who gave up her title as a princess in the Selangor royal family and became a computer engineer in Oz.

He made a name for himself in 2014 when he stunned world No1 Rafael Nadal at Wimbledon to reach the quarter-finals.

As an inexperienced 19-year-old, his flair and trick shots earned plenty of attraction as he refused to conform to the stereotypical profile of a professional tennis player.

Over the next few years, though, his tennis ability was overshadowed by a long list of misdemeanours including rowing with officials, chucking chairs on to the court, arguing with fellow players and even simulating an X-rated sex act live on TV at Queen’s.

Kyrgios was slapped with a 16-week suspended ban last September and told he must see a mental professional following an outburst at the Cincinnati Masters.

But in recent months, he has shown a different side to himself with his performances at the Australian Open and for his country during the ATP Cup which coincided with his fund-raising efforts for the bush fires in his homeland and Kobe Bryant’s sudden death which affected the NBA lover deeply.

Now he is lending a helping hand during the coronavirus crisis, offering to drop off food and drink for those in need.

He said: “If anyone is not working, not getting an income and runs out of food, or times are just tough… please don’t go to sleep with an empty stomach.

“Don’t be afraid embarrassed to send me a private message. I will be more than happy to share whatever I have. Even just for a box of noodles, a loaf of bread or milk.

“I will drop it off at your doorstep, no questions asked.” 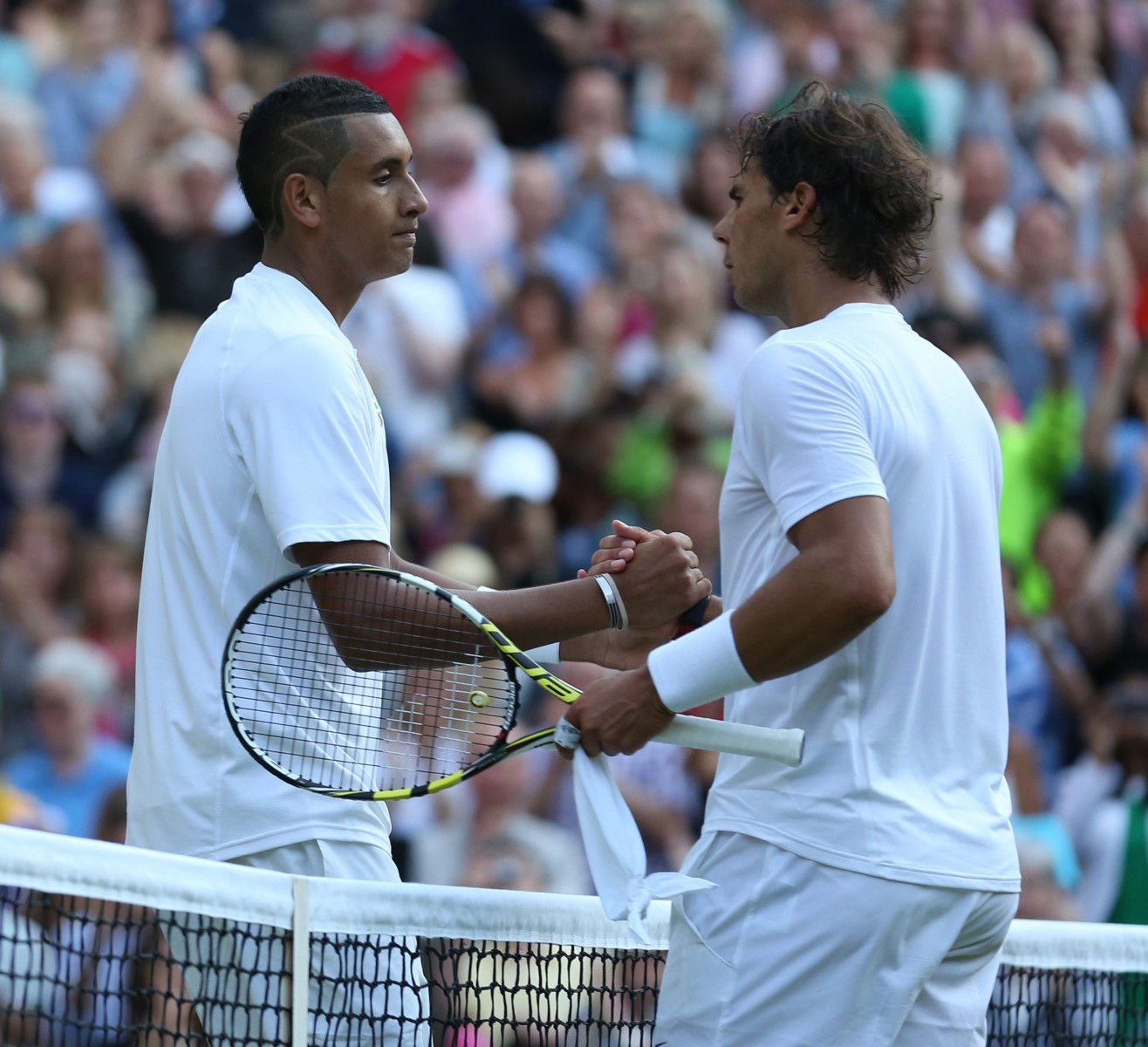 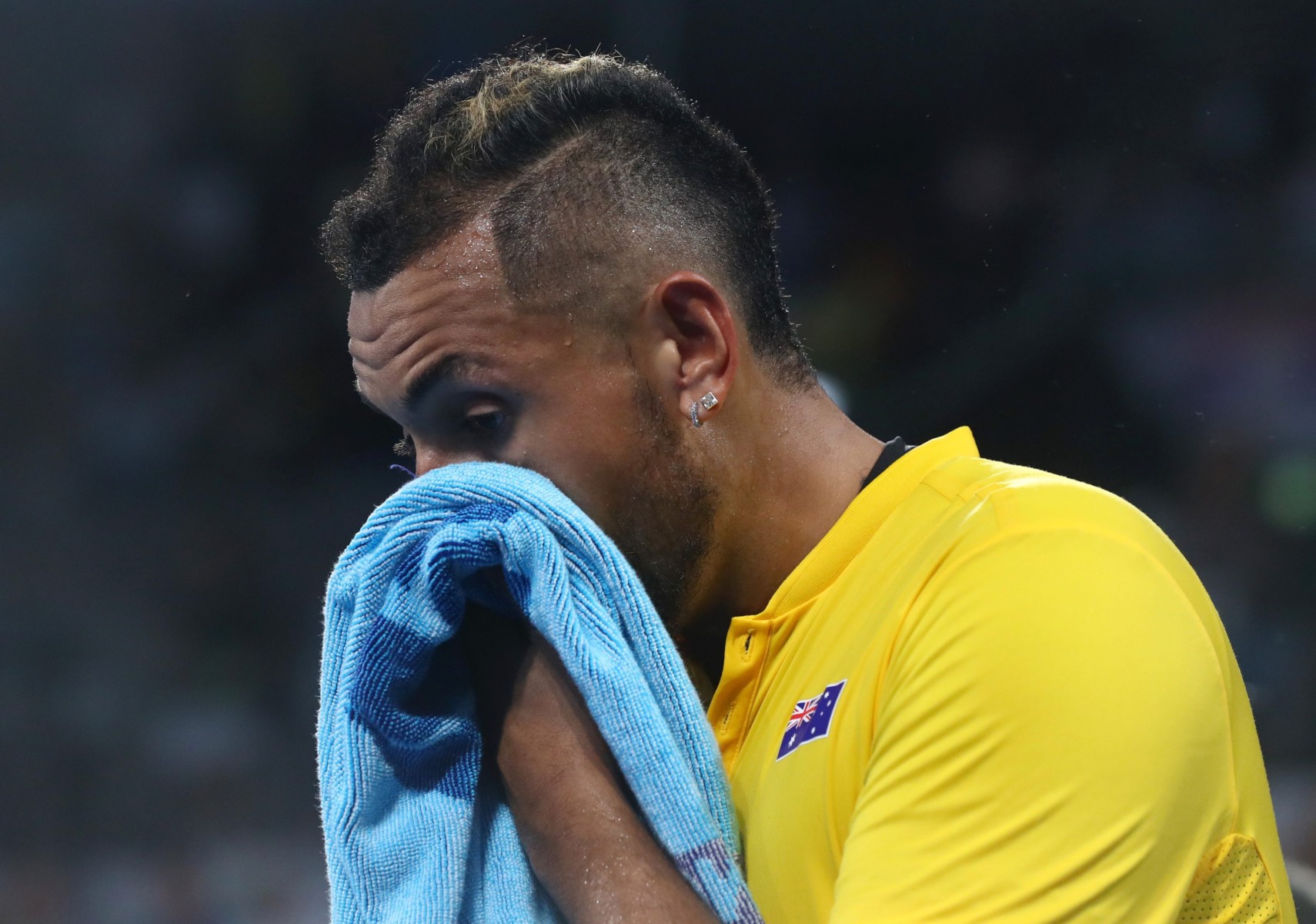 He has done plenty to support those in Australia this year with the bushfire and coronavirus crises
In this article:Australian open, Nick Kyrgios, Rafael Nadal, Wimbledon