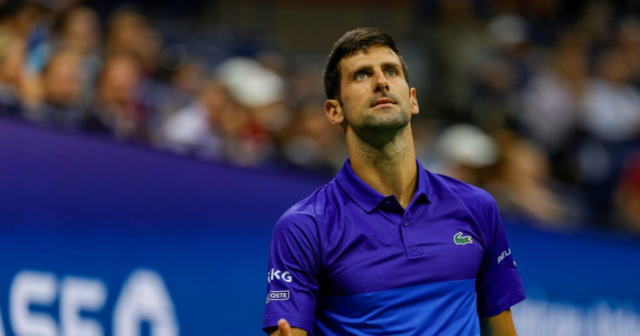 NOVAK DJOKOVIC is at risk of being banned from the Australian Open as a result of his anti-vaxxer status.

Players were forced to quarantine ahead of this year’s tournament in Melbourne but have been relatively free to travel elsewhere in the world since.

He said: “If I was an ATP or WTA player, I’d be getting vaccinated.

“That will give them the best opportunity to play in the Australian Open with the more minimal restrictions that might be in place for those people.

“Whether or not unvaccinated people are allowed in (to Australia) at all, I don’t know the answer to that yet.

“That’s going to be the subject, I suspect, of discussion at national cabinet and among the federal cabinet.

“As for the rules that might apply around the Australian Open, specifically, we’re in discussions with Tennis Australia and the department of health about that.”

Victoria’s government has introduced a vaccine requirement for authorised workers – including sport stars.

Tennis Australia is yet to reveal plans and restrictions for the 2022 Open.

But Djokovic has previously stated his opposition to being forced to get vaccinated.

In April 2020, the world No 1 said: “I’m opposed to vaccination, and I wouldn’t want to be forced by someone to take a vaccine in order to be able to travel.”

Djokovic is tied on 20 grand slams with Rafael Nadal and Roger Federer.

And while it remains unclear how the Aussie authorities will deal with overseas players, Djokovic risks not being able to break the record and get to 21.

The Serb would likely be hot favourite if he is able to play.

Ahead of August’s US Open approximately 50 per cent of ATP and WTA tour players had been fully vaccinated.

Did you miss our previous article…
https://www.sportingexcitement.com/tennis/andy-murray-sends-message-of-support-to-unbelievably-bright-emma-raducanu-after-little-bump-at-indian-wells