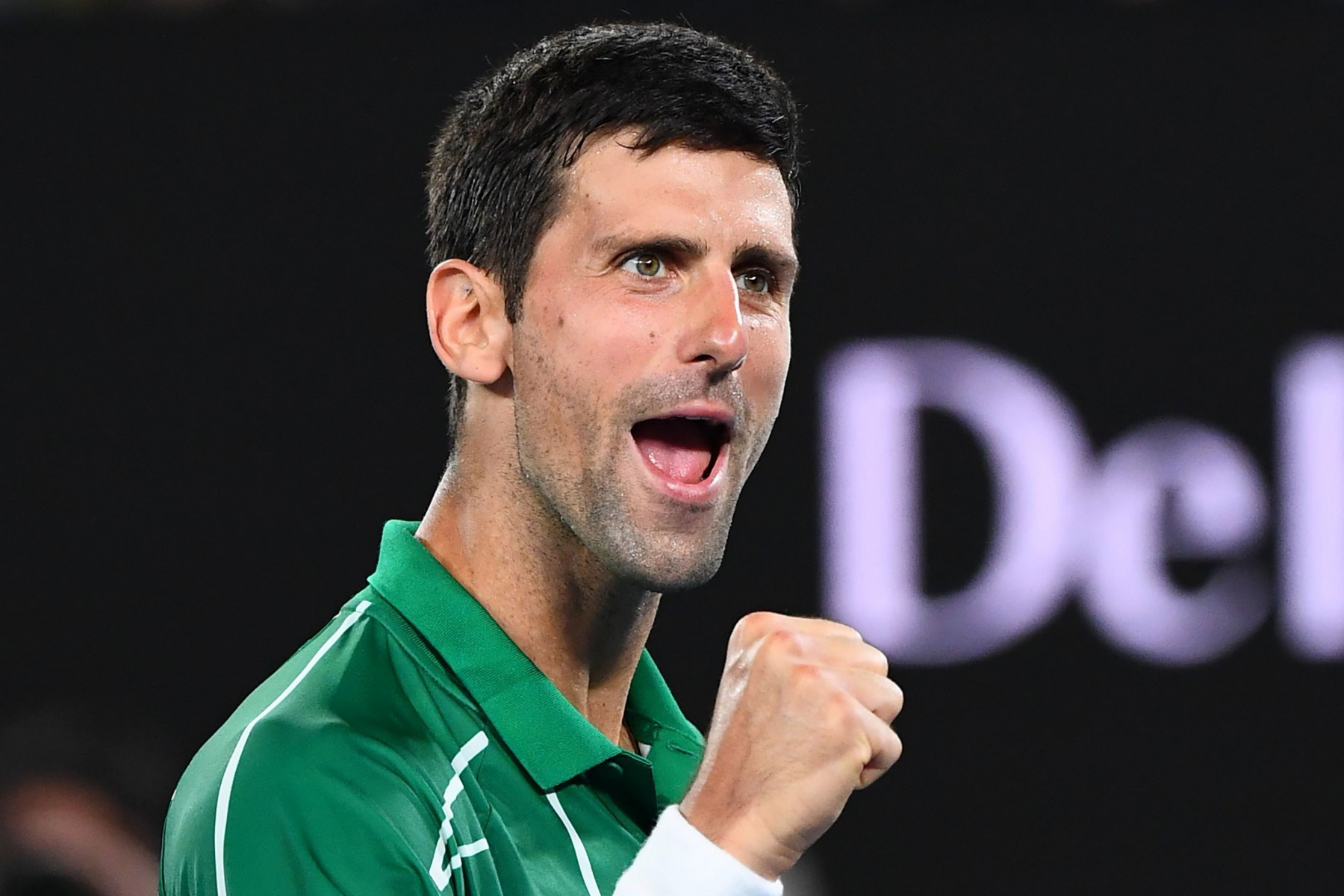 RUTHLESS Novak Djokovic remains on course to retain his Australian Open crown after dumping out his great rival Roger Federer from the semi-finals.

In their 50th meeting, the Serb reached an unprecedented eighth singles final in Melbourne with a straight sets victory.

Djokovic is aiming to win a 17th Grand Slam title – which would put him two behind Rafa Nadal and three behind Federer.

On the hottest day of the championship the match started under 38-degree heat the seven-time champion continued his red-hot form Down Under.

After taking the first set on a tie-break, the world No.2 asserted his dominance over the 20-time Grand Slam champion and continued his eight-year Grand Slam hoodoo with a 7-6 6-4 6-3 victory.

The Swiss star did not practice on Wednesday and there were even rumours, unfounded as it happened, he might pull out from this high-profile clash through injury.

Any physical concerns were allayed in the opening set as Federer stunned Djokovic, racing into a 4-1 lead and having break-point opportunities to move 5-1 ahead.

The Basle-born star could not take those chances and though he did eventually lead 5-2, Djokovic simply went through the gears at the decisive moments.

Federer lost three tie-breakers in the 2019 Wimbledon final and he must have thought the worse when the first set had to be decided by one.

Indeed, he was right to be fearful because Djokovic dropped just one of eight points and turned the situation around.

But he was facing a better calibre of player this time, someone who would not crack easily, and he was unable to dent the Djokovic serve.

Speaking on court after the match, a jubilant Djokovic said: It could have gone a different way if he had used those break points in the first set.

He started off well. I was nervous at the beginning.

I want to say respect to Roger for coming out tonight. He was obviously hurt. He wasnt at his best or close in terms of movement. Respect to him for trying his best all the way through.

It was probably not exactly the right mindset. I was looking more at how he was moving, rather than executing my shots, and that is what resulted in his 4-1 lead.

I managed to dig my way through and to win the first set was very important. Mentally I relaxed and I could swing through the ball more.