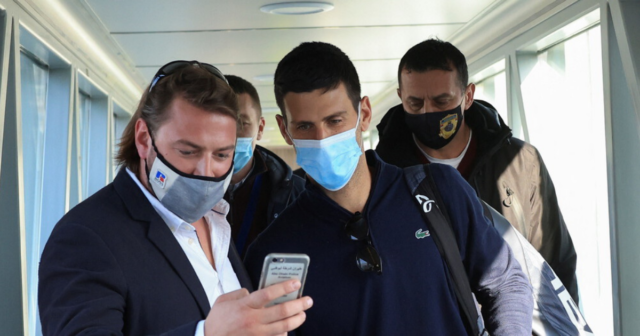 ANTI-vax Novak Djokovic will be barred from the French Open but could still defend his Wimbledon tennis title this year.

France yesterday declared vaccine passports were compulsory for all players and fans — ruling the world No1 out of May’s event.

And the US demands visitors be double-jabbed, apart from under exceptional circumstances, meaning his participation at the US Open is highly unlikely.

But he could feature at Wimbledon as it is believed bosses at the All England Club plan to abide by Government guidelines which say unjabbed travellers must quarantine for ten days.

Serb Djokovic, 34, was booted out of Australia on Sunday after a bitter 11-day legal battle.

He was hoping to play in the Australian Open and pass the record 20 Grand Slams won by Rafael Nadal and Roger Federer.

Djokovic got a hero’s welcome when he returned to Serbian capital Belgrade yesterday.

Face masks are compulsory at the Aussie Open, which started yesterday.

But scuffles broke out as some spectators refused.

Under Australian immigration rules, Djokovic cannot apply for a visa for three years.

But PM Scott Morrison hinted he could return next year.

Djokovic’s former coach Boris Becker said: “The way out, the easiest thing for him, would be to get vaccinated.

“It’s crazy the world we live in but that is the way it is.” 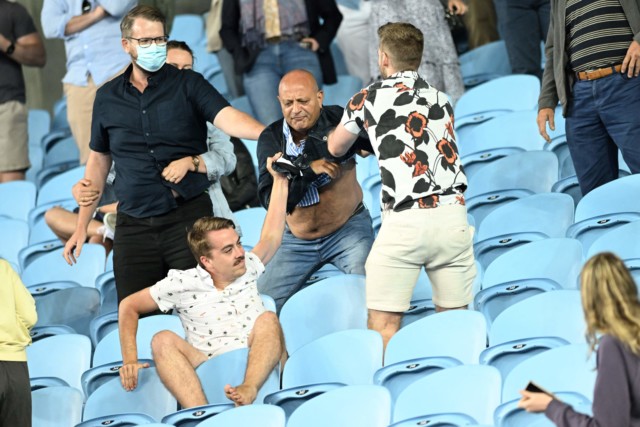