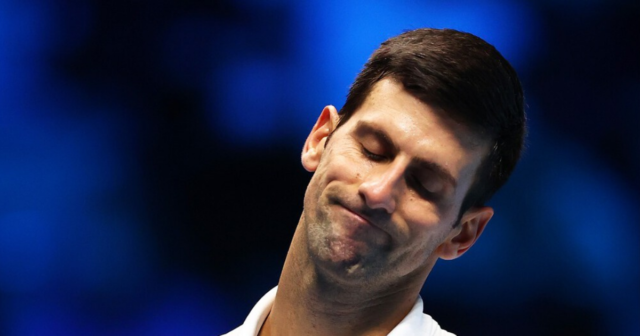 NOVAK DJOKOVIC’S father Srdjan has accused the Australian Open of creating “blackmail” conditions that could prevent Djokovic from playing.

The Serb, 34, is at risk of missing out due to the vaccine mandate put in place by the organisers.

Srdjan is outraged at the rule and although Djokovic has not disclosed his vaccine status, Srdjan believes his son is set to miss out.

He told Serbia’s TV Prva: “As far as vaccines and non-vaccines are concerned, it is the personal right of each of us whether we will be vaccinated or not.

“Whether he is vaccinated or not, that is his exclusive right. Will he publish it? I don’t think so.

“It was embarrassing because of the announcement of those rulers in the provinces of Australia, who gave themselves the right to name the nine-time champion of Australia.

“Whether he will appear there depends on them (and) how they will position themselves. He would want it with all his heart because he’s an athlete, and we would love that too.

“Under these blackmails and conditions, he probably won’t. I wouldn’t do that. And he’s my son, so you decide for yourself.”

Djokovic has the chance to create history in Australia by winning the Grand Slam title for a tenth time.

In doing so he would break the all-time Grand Slam record of 21 which he holds alongside Roger Federer and Rafael Nadal.

But Djokovic is opposed to taking a vaccine and does not want to be coerced into taking it, which would be the case since it is a requirement of the Australian Open.

Did you miss our previous article…
https://www.sportingexcitement.com/tennis/emma-raducanu-plays-first-game-back-in-britain-after-us-open-triumph-in-royal-albert-hall-exhibition