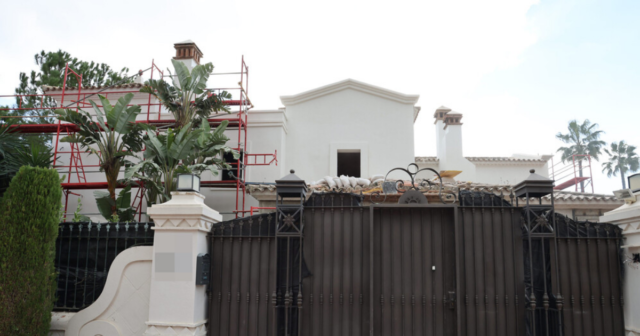 The World No1, still smarting over his deportation from Down Under, is said to have hired a top team of designers and architects to enhance his wellbeing at his £8.5million Marbella mansion.

Novak Djokovic is transforming his £8.5m Marbella holiday mansion into s feng shui paradiseThe tennis star has hired a top team of designers and architects to work on his nine-bed villa

Builders have already ripped out the inside of the villa which overlooks the jet-set Costa del Sol resort.

The tennis star is expected to return to the property, which he bought two years ago after renting it for more than £8,000-a-week during Spain’s tough national coronavirus lockdown, this summer to oversee the finishing touches including the final Feng Shui alignments.

The nine-bed villa boasts its own tennis court, gym and home cinema.

Scaffolding has already been erected around the property and ceiling-to-floor windows are due to be fitted in the master suite where Djokovic and his doting wife Jelena sleep.

The bathrooms, kitchens and jacuzzis are also set to be replaced and decorated in keeping with feng shui practices based around concepts like the five elements of wood, fire, earth, metal and water.

Djokovic, who has backed the theory that polluted water can be made pure with the power of prayer, revealed in 2019 that he celebrated winning the Aussie Open by hugging a Brazilian fig tree at Melbourne’s Royal Botanic Gardens which he described as a ‘friend’.

The Serbian’s New Year trip to the Costa del Sol before he tried to get into Australia led to reports the Spanish government was investigating how he had got into the country.

Officials in Madrid later denied any probe was underway.

A source told Spanish celeb website Vanitatis: “Once the renovation work is finished, Casa Perla will have a purely feng shui style.”

Djokovic was deported from Australia 10 days ago after losing his final appeal against the cancellation of his visa.

The Australian government had argued the athlete, dubbed an ‘icon for anti-vaxxers’, could be a health risk to its people after he confessed to attending an interview with a journalist before travelling Down Under while he was infected with Covid.

He was forced to stay in a hotel said to be infected with fleas and maggots before losing his court battle and admitting defeat in his bid to chase a record 21st Grand Slam win at the Australian Open.Dad-of-two Djokovic admitted as he prepared to be deported by Australia that he was ‘extremely disappointed’. 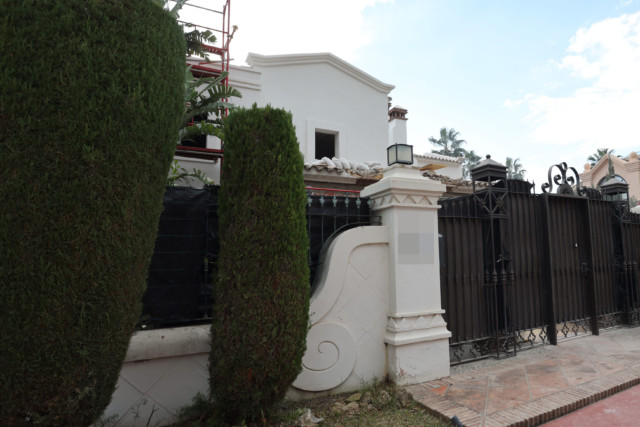 Djokovic bought the property two years ago after renting it during in lockdown
In this article:Australian open, Novak Djokovic