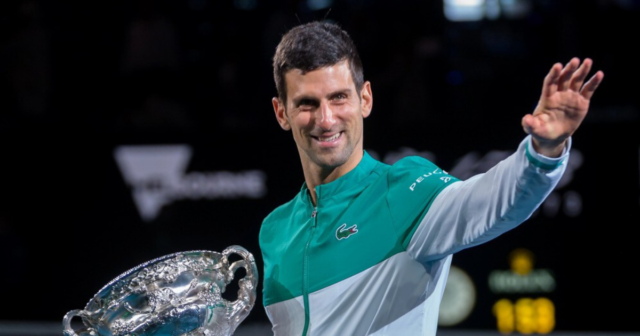 NOVAK DJOKOVIC will be allowed to play at the Australian Open – even if he hasn’t been vaccinated.

The world No1, 34, remains tight-lipped on whether or not he has been jabbed to protect himself against coronavirus.

But either way, he looks sets to be allowed to defend his crown and aim for a record-breaking 21st Grand Slam.

In a leaked email from the WTA to their female tennis stars, it reveals authorities plan to give unvaccinated players an exemption to head to Melbourne.

However, they will face two weeks of hotel quarantine upon arrival and be subject to regular Covid tests.

For fully jabbed stars, though, will have ‘complete freedom of movement’ provided they test negative before and after arrival in Victoria.

The email – shared by New York Times reporter Ben Rothenberg – adds: “Tennis Australia has asked us to wait a few days before speaking about it as they were still working with the government on the details.

“Because Victoria’s vaccination rate will hit 80 per cent at the end of the week and 90 per cent next month, it has been confirmed that conditions for players at the Australian Open will improve significantly.”

The email sent to WTA players was leaked 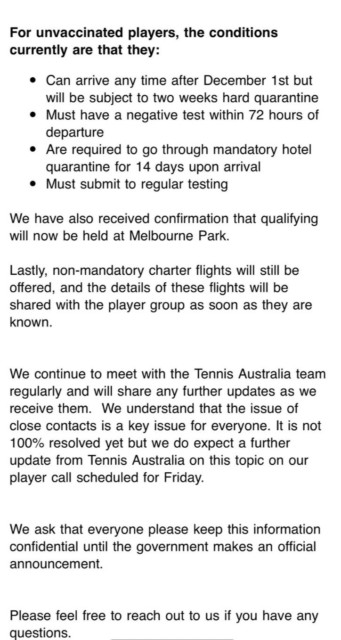