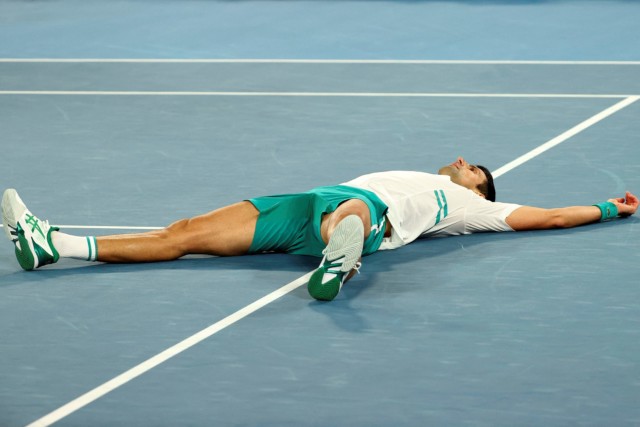 NOVAK DJOKOVIC became King of Melbourne for a record-extending ninth time and re-established his credentials in the Greatest Of All Time conversation.

In what surely made uncomfortable viewing for contemporaries Rafa Nadal at home in Majorca and Roger Federer at his Dubai mansion, the world No.1 remained supreme once more on his favoured Rod Laver Arena.

This 7-5 6-2 6-2 battering of Daniil Medvedev represents his 18th slam since he turned professional in 2003 and moved him within two majors of the other members of the Big Three.

The GOAT debate is one of the most intriguing subplots in men’s tennis and few would bet against the Serbian finishing on top of the pile when you consider his age, present form and provided his exceptional fitness prevails.

In front of a largely pro-Serbian crowd, this was a hat-trick of titles Down Under for Djokovic and underlined that on the hard courts he has no equal.

Missing from this final was Rod Laver, who was back home in California and not in his usual seat on the court that bears his name.

The 82-year-old, winner of 11 slam singles titles, had predicted the inexperienced Medvedev would push Djokovic “all the way” in this final and reckoned his “happy, free-flowing strokes” would make this a memorable contest.

The cooler, evening conditions certainly suited the Muscovite and his 20-match winning streak stretching back to last November meant he had justified confidence in his abilities.

Yet within eight minutes he found himself 3-0 down, broken once, and with just three points to his name.

Djokovic, playing in a 28th slam final, started in devastating fashion and it was an ominous spectacle for anyone, like Laver, who had craved a close encounter. 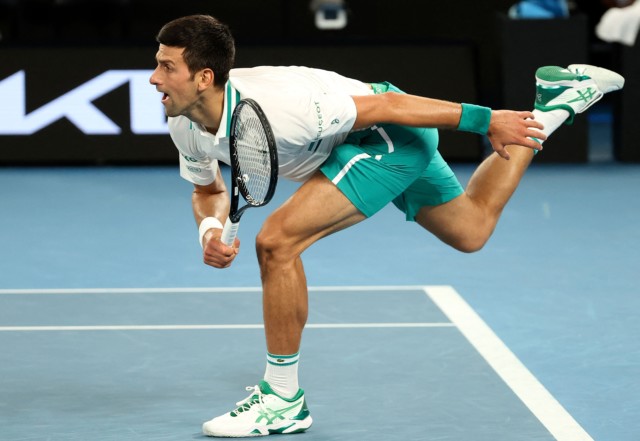 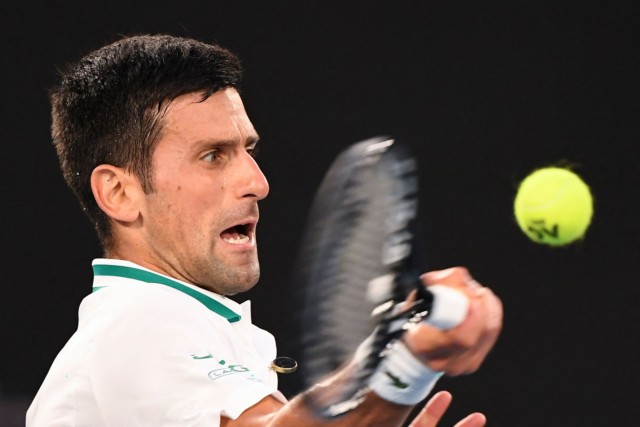 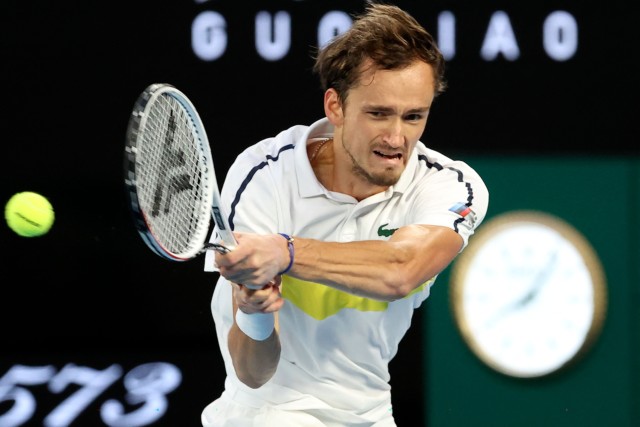 Daniil Medvedev has lost in his two slam finals, one against Rafa Nadal and now against Djokovic

But the shot-making, defensively-minded Medvedev – who had spent four hours less time on court – reacted positively to that early setback and broke Djokovic in the fifth game.

A first-set tie-break seemed to be on the cards but Djokovic carved out three set points and on the third one, when Medvedev hit a casual forehand into the net, the reigning champ moved one set up. All within just 42 minutes.

There was a brief commotion mid-play in the fourth game of the second set when two women were ejected from the stands following their protest about “freeing the refugees”. This relates to Australia’s controversial offshore immigration detention centre policy for housing asylum seekers.

The point was replayed and when Djokovic broke to move 3-1 ahead he put his finger to his mouth as an appeal for silence towards the departing hecklers.

Soon he was silencing Medvedev, too, winning the second set and proving that few men can beat him in Australia. 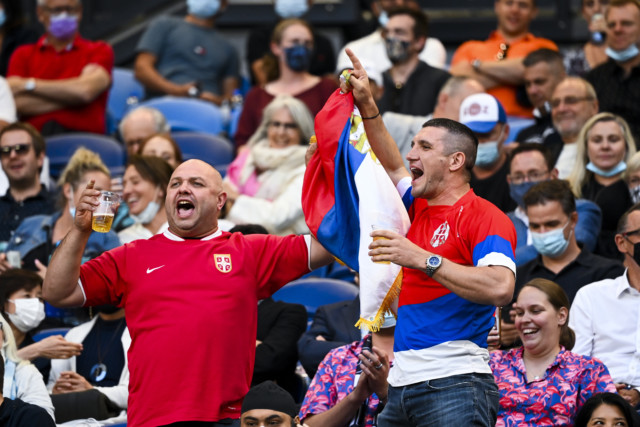 Medvedev looked like a broken man, unable to keep pace with the relentless Djokovic, who was free of the abdomen issue he had experienced on-court over a week ago.

Indeed, it is incredible to think that Djokovic considered quitting this tournament during his third-round win over American Taylor Fritz because of the side injury that left him struggling to serve and move.

The 25-year-old Russian had never won a match at a slam after losing the opening two sets and he was not playing well enough or had the fighting qualities to change that statistic.