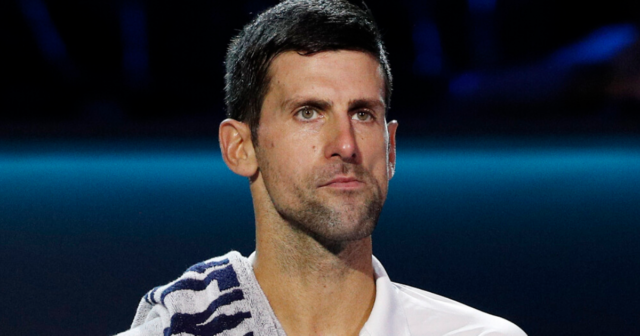 NOVAK Djokovic’s demands for a personal chef and access to a tennis court have reportedly been denied.

The World No 1 has been told he will receive no special treatment while he stays in immigration custody at the $109-a-night Park Hotel in Carlton, Melbourne. 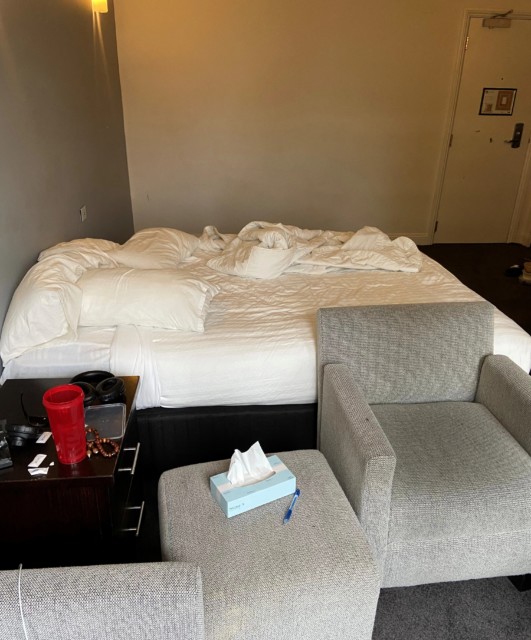 The inside of a bedroom at the Park Hotel, where Djokovic is staying

Djokovic, 34, is facing the boot from the Australian Open after his visa was sensationally revoked on Wednesday.

The Serbian nine-time winner Down Under was given his marching orders following a six hour stand-off at Melbourne Airport and a major U-turn by Australian authorities.

He had been granted a vaccine exemption to compete before his visa was dramatically cancelled.

Djokovic has now been forced to tough it out in an infamous immigration hotel dubbed the “Alternative Place of Detention” until a court rules on his deportation on Monday.

The building has been used as a government detention hotel since December 2020, with staff and guests reportedly slamming it as an “incubator” for Covid.

But Djokovic’s demands for a personal chef to maintain his strict diet as a tennis pro were rejected by Australian Border Force, Daily Mail Australia reports.

He had also asked to be transferred to an apartment with a tennis court so he could train ahead of the Australian Open which is due to start in just over a week.

Djokovic even offered to pay for private guards in the hopes he could make the move to the apartment.

But the authorities have denied all of the star’s requests and ordered him to remain at the hotel until the court ruling next week.

Djokavic’s mother, Dijana, has spoken out about the conditions at the hotel.

At a press confrence in Belgrade she said: “I spoke with him a couple of hours ago, he was good, we didn’t speak a lot but we spoke for a few minutes.

“He was trying to sleep, but he couldn’t.

“They are keeping him like a prisoner, it’s just not fair, it’s not human.

She continued: “His accommodation [is] terrible. It’s just some small, immigration hotel, if it is a hotel at all. With bugs, it’s all dirty, the food is terrible.

“They don’t want to give him a chance to move to a better hotel or a rented house.”

She added that she believe’s her son is a “scapegoat” saying: “It is very difficult for me to go through this.

“No one deserved this kind of treatment, especially not him.

“This is a purely political attack on Novak, so that he does not become the best of all time. He is a scapegoat for me, but also a great winner.

“He is someone who is a revolutionary and who is changing this world.”

Djokovic has thanked his supporters “around the world” who have backed his defiant stance after his controversial decision to compete Down Under.

In an Instagram post, he wrote: “Thank you to people around the world for your continuous support. I can feel it and it is greatly appreciated.”

Furious fans began to congregate outside the Park Hotel in Carlton in protest of his quarantine and having his visa stripped from him.

They were encouraged by the tennis player’s father Srdjan, who called on people to “take to the streets”.

His wife Jelena has also spoken out today to applaud supporters while calling for “love and forgiveness” as tensions in the sports world rise.

The 35-year-old wrote: “Thank you dear people, all around the world for using your voice to send love to my husband.

“The only law that we should all respect across every single border is Love and respect for another human being.”

Australia’s Home Affairs minister Karen Andrews revealed the Serbian sportsman did not provide adequate reason for why he is unjabbed.

“So, specifically he [Djokovic] hasn’t met the medical reasons why he couldn’t be vaccinated.”

However, she rebutted claims Djokovic is being held “prisoner” and said he can leave any time he wants but is staying of his own free will as he awaits a decision from the courts.

The 34-year-old had been granted an exemption to play despite his unvaccinated status – before it was dramatically cancelled.

As the athlete attempted to enter Aussie territory, he was ordered into a side-room by Border Force guards after a visa “blunder” was revealed.

Djokovic, seeking to win a record 21st Grand Slam title, was stripped of his phone and kept alone in the room, with armed police on patrol outside.

Even Serbian President Aleksandar Vucic got involved, eventually contacting Djokovic to offer his support and backing and summoning Australia’s ambassador to the country for a dressing down.

It emerged that Tennis Australia had granted exemptions to two other players who did not meet strict Border Force rules.

Djokovic is set to remain in a quarantine hotel until at least Monday as the hearing for his injunction request against the visa cancellation was pushed back until after the weekend.

A judge adjourned proceedings until 10am on Monday, meaning Djokovic faces an uncertain weekend in the Park Hotel.

Nicknamed Nole – and now “Novax” – Djokovic’s unorthodox beliefs have been debated after he arguably became the world’s most high-profile anti-vaxxer.

He employs a spiritual guru, believes you can talk to water and counts a tree as a friend.

Many believe his current plight is one of his own making by him refusing to provide proof he is exempt from the Covid vaccination.

In 2020 he said: “Personally, I am opposed to vaccination and I wouldn’t want to be forced to take a vaccine in order to be able to travel.”