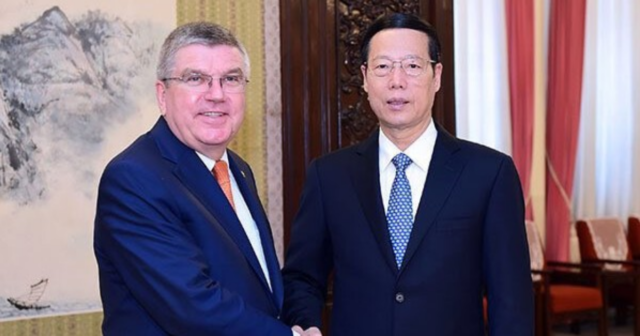 OLYMPICS boss Thomas Bach has been slammed after a photo has emerged of him with the man accused of sexual assault by Peng Shuai.

Olympics boss Thomas Bach, left, has been slammed after a photo emerged of him with Zhang Gaoli, right – the man accused of sexual assault by Peng Shaui
The IOC spoke with Peng Shuai over video call at the weekend and claimed she was ‘safe and well’ 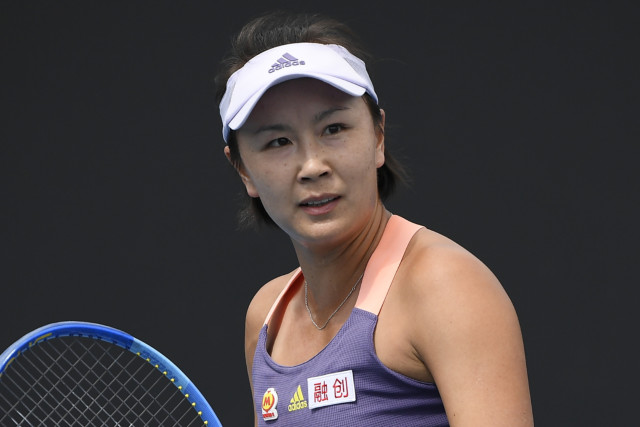 A number of governing bodies, players and pundits have expressed fears over the safety and whereabouts of Peng Shuai

A caption with the photo – published initially by state-run news agency Xinhua – claims it was taken in Beijing in 2016 as they discussed plans for the 2022 Beijing Olympic Games.

IOC president Bach is one of a handful of westerners to speak with Peng, 35, since she made serious allegations against Zhang in a now-deleted post on social media platform Weibo.

They spoke in a 30-minute call and the IOC claim 2013 Wimbledon doubles champion Peng is ‘safe and well’ and spending time with her family and friends.

No further details of how the call was organised or where she is staying have been released – and she has yet to speak directly with the WTA.

The IOC have been criticised for not calling for a full investigation into the claims made by Peng against the retired official.

British Davis Cup star Liam Broady tweeted the picture and said: “Laugh out loud – I think we now see why the IOC have taken the stance they have.”

American tennis star Tennys Sandgren believes the Winter Games should not take place next February due to human rights abuse.

China have been accused of ‘genocide’ against the Uyghur Muslim community in the country’s far western region of Xinjiang.

The world No95 said: “China is the alcoholic stepdad of human rights abusers.

“We know plenty worse things than what’s happening to Peng, yet they are hosting the Olympics in a couple weeks. We legitimise them.”

Human Rights Watch called on the IOC to explain publicly the circumstances surrounding the call.

They also want Olympics top-brass to urge the Chinese government to allow Peng to leave China if she so desires and not retaliate against family members remaining in the country.

Did you miss our previous article…
https://www.sportingexcitement.com/tennis/tennis-stars-will-be-fined-for-taking-too-long-on-loo-as-strict-rules-introduced-after-andy-murrays-row-with-tsitsipas