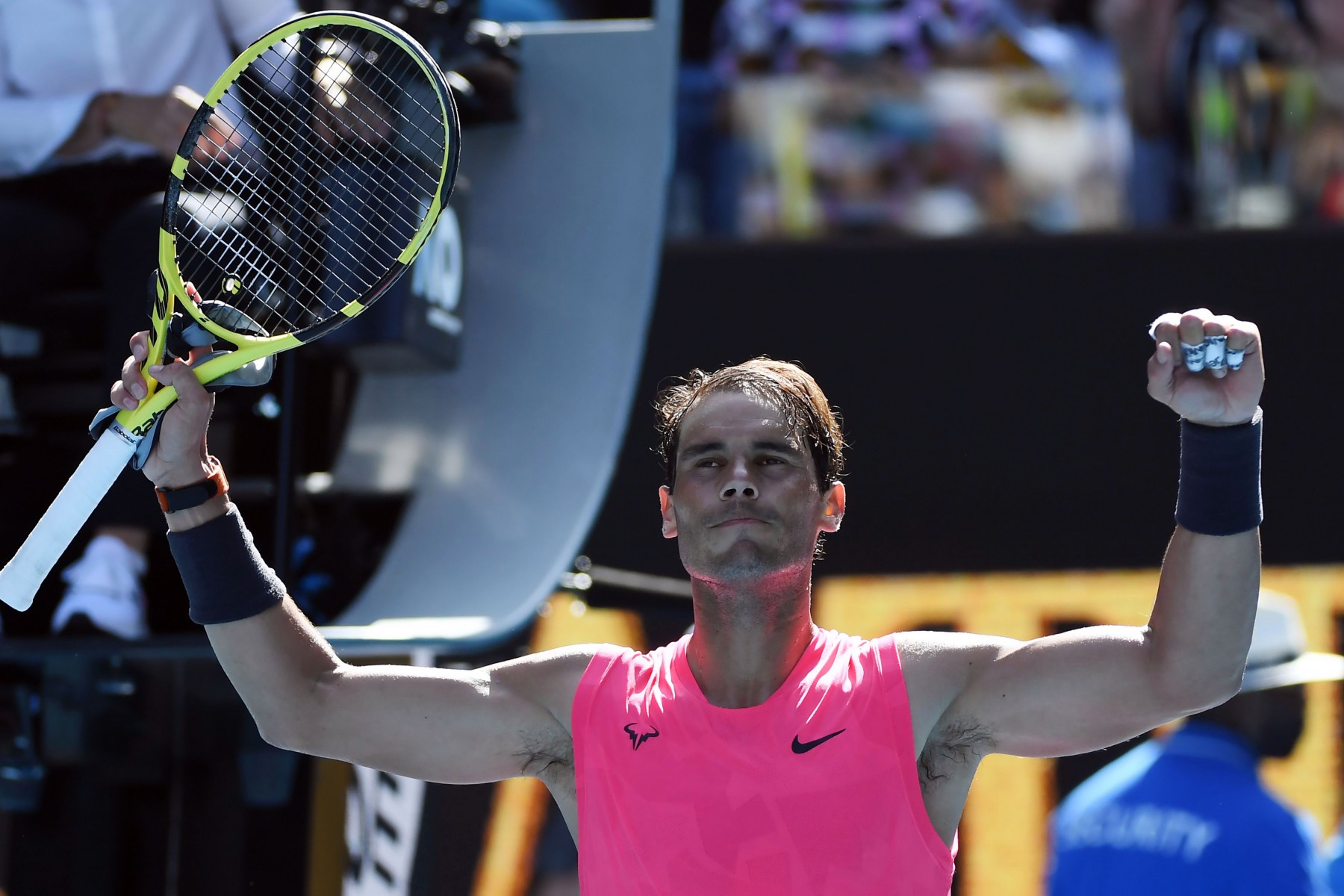 RAFA NADAL jokes he has to watch his tongue after his first Slam win as a newly-wed.

The Spaniard was watched by glamorous wife Xisca Perello as he crushed poor Bolivian Hugo Dellien at the Australian Open.

In the stands was his long-term partner, who he married in a special ceremony in October in front of 350 guests at the La Fortaleza castle in Majorca, the island of his birth.

Asked for his 2019 highlight in the post-match interview, Nadal said: The wedding my wife is here today.

I need to take care with my answers now!

No honestly it has been a very special year. All the results have been unforgettable.

It was a very special season for me and I hope to continue playing at the same level to be very competitive.

In 2019, Nadal won a 12th French Open singles title and lifted the US Open trophy for a fourth time.

Nadal, who looked pretty in his pink top, will now face either Argentina Federico Delbonis or Portugal’s Joao Sousa in the second round.

He is still smarting from losing to Novak Djokovics Serbian side in the final of the inaugural ATP Cup in Sydney this month.

The 33-year-old said: It has been a tough first five games for me.

It has been tough to win games over that period of time.

For me it has been a very positive start. What you want in the first round is to win and if its in straight sets even better.

The Davis Cup was later than usual and the ATP Cup was very demanding but I feel happy.

I took it a bit slower last week and then started to increase the intensity on practice.
I am happy to be back on this court. This court brings me great memories.

For all Tennis odds and betting, head to Betway Sports.