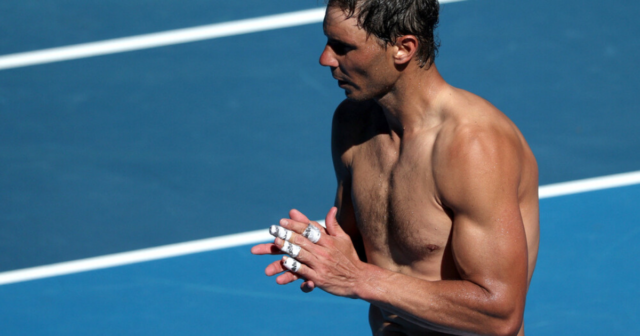 RAFAEL NADAL baffled fans by claiming he has ‘never been a gym guy’ – despite his incredible physique.

The Spanish superstar, 35, has wowed his adoring supporters for years with his bulging biceps and phenomenal forehands. 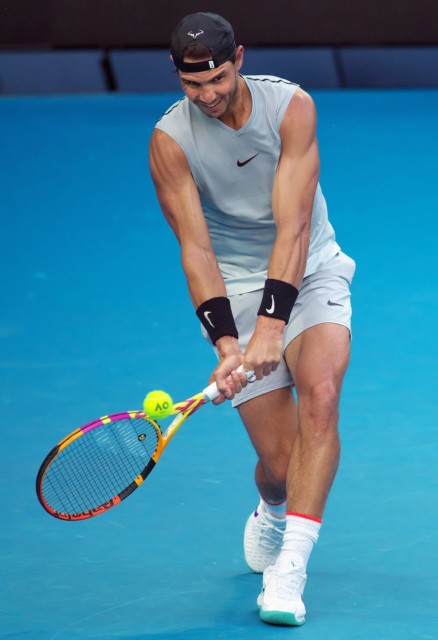 The Spaniard is in impeccable physical shape aged 35

"I have never been a gym guy."

But after booking his place in the Australian Open third round, he dropped the shock bombshell that he doesn’t even pump iron to keep himself shredded – just like Wolves muscle machine Adama Traore.

Jim Courier asked Nadal in the post-match on-court interview the secret to his fitness success.

And the world No5 said: “I play some golf,” cue widespread laughter from the Rod Laver Arena crowd.

He added: “Honestly, it is the truth that I have never been a gym guy.”

But in very relatable content, Nadal – who has been plagued by injuries throughout his career, continued: “I am not a big fan of the gym, I am more of a fan of playing sports.

“It’s true that since a couple of years ago, since the problems with my knees and then the foot, I have not been able to play different sports as I used to in the past.

“Today I need to be a little bit more focused on things I wasn’t in the past.

“I probably work for one hour to one hour 30 minutes every day in the gym but honestly I have never done a lot of weights.

“If you see my family, you will see a lot of people are big and strong.

Asked about his plans once he hits retirement, he added: “I am not a guy who likes to sit at home watching the TV. I like to do things.

“Of course, you [Courier] look great, I would love to look like you at your age.”

Nadal took on German qualifier Yannick Hanfmann in round two – but did not have it all his own way against the world No126.

He came through 6-2 6-3 6-4 after two hours and 42 minutes on court, finally sealing victory on his fifth match point.

The 20-time Grand Slam champion would surpass Roger Federer and Novak Djokovic as the most successful male tennis player of all time with victory at Melbourne Park this fortnight.

Nadal faces Russian No28 seed Karen Khachanov in the last 32 on Friday. 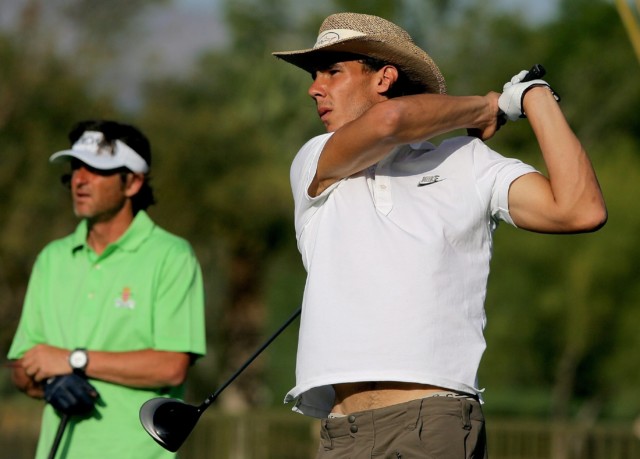 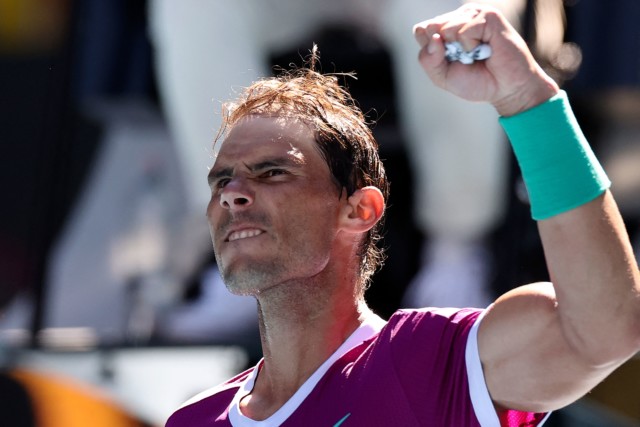