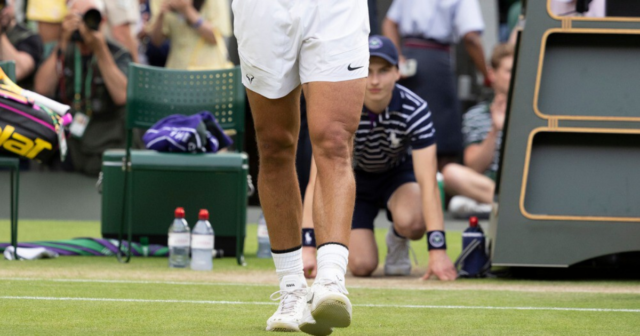 ASTONISHINGLY, remarkably, Rafa Nada’s dreams of a Calendar Slam remain very much alive – despite playing through a FOUR-HOUR pain barrier at Wimbledon.

In front of Goldenballs David Beckham, the injury-hit Spaniard defied orders from family and friends to quit this Centre Court clash due to fitness concerns. 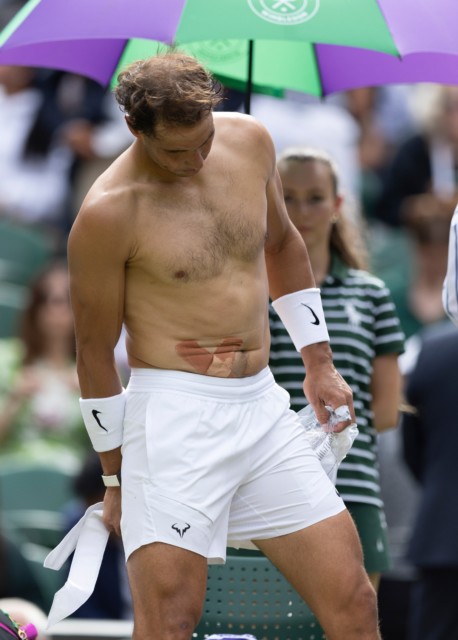 Incredibly, even though he came close to be eliminated, Nadal prevailed 3-6 7-5 3-6 7-5 7-6 in a epic quarter-final against a stunned Taylor Fritz.

A video on social media showed his Sebastian father and sister Maria Isabel apparently telling the 22-Slam champion to retire from the match midway through the second set.

If that was indeed the case, then the request was flatly ignored because Nadal persevered and continued regardless.

And despite a decreasing power in his serve and a faltering backhand, he dug deep into his reserves to reach a 38th Slam semi-final and eighth at Wimbledon.

Like in the Last-16 win over Botic van de Zandschulp, brown tape on his abdominal muscles was visible whenever he changed his shirt.

And it will be interesting to see if he will be fully fit before facing livewire and unpredictable Nick Kyrgios in a blockbuster semi-final on Friday at Wimbledon.

Having won the Australian Open in January and then the French Open in June, Nadal art SW19 with hopes of achieving the first clean sweep in men’s tennis since Rod Laver in 1969.

After his Roland Garros run, Nadal had a minor procedure to burn a nerve in his troublesome left foot, and it worked sufficiently to allow him to compete on grass for the first time since 2018. 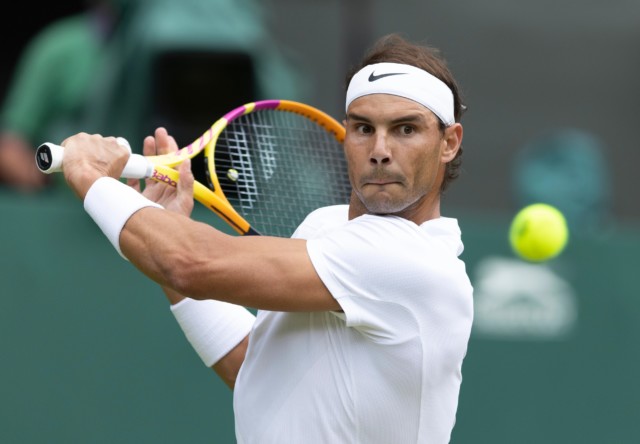 Nadal kept his focus despite the injury troubles 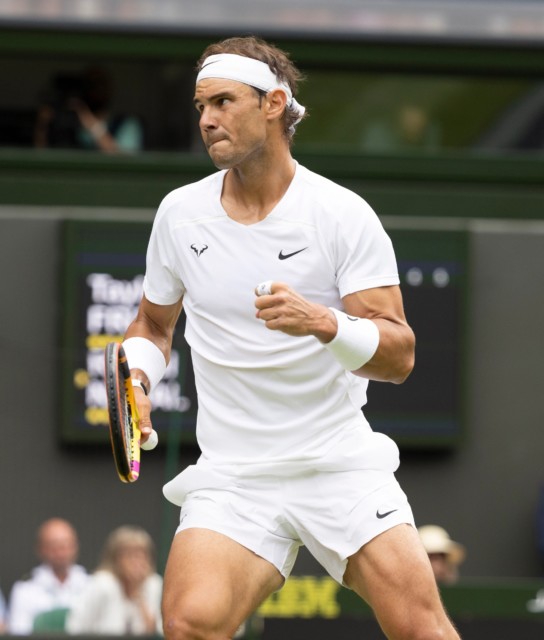 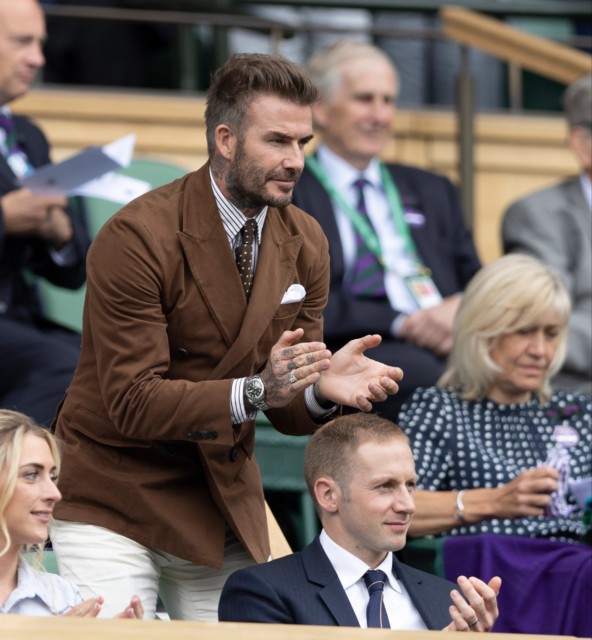 Clearly, though, he was not moving the same as he was in the previous four victories and Fritz, the No11 seed cheered on by girlfriend Morgan Riddle, clinched the first set in just 37 minutes.

At 4-3 up in the second set, a grimacing and wincing Nadal called for a medical timeout and went backstage with the physio where it is believed he took some painkillers.

Amazingly, despite the obvious discomfort, Nadal won the second set but observers on court said he was not making much eye contact at this point with his players’ box.

A double fault from Nadal gifted Fritz a break of serve in the third set but then it was the turn of the Californian to see the trainer, requesting extra strapping for his left thigh.

It was the case of one wounded soldier fighting another but Fritz – who beat an injured Nadal at Indian Wells in March – took the third set to edge closer to an upset.

Yet Nadal, as he has done countless times in his glorious career, refused to buckle and won the fourth set and then the fifth in a ten-point tie-break for a famous victory even by his high standards. 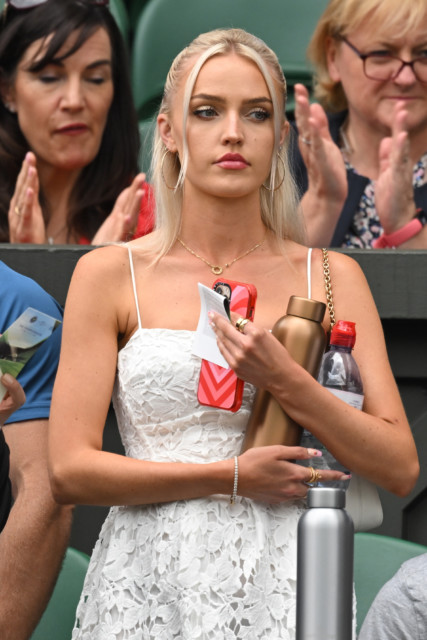 His girlfriend Morgan Riddle cheered him on to the very end 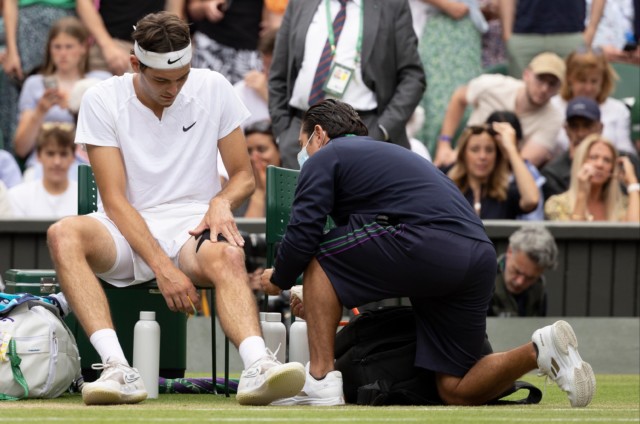 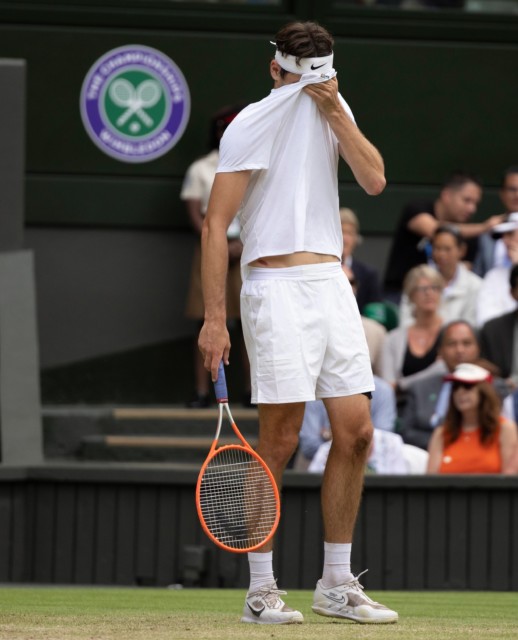 Fritz came so close to winning but in the end his effort ended in defeat
In this article:davidbeckham, infront, verymuch