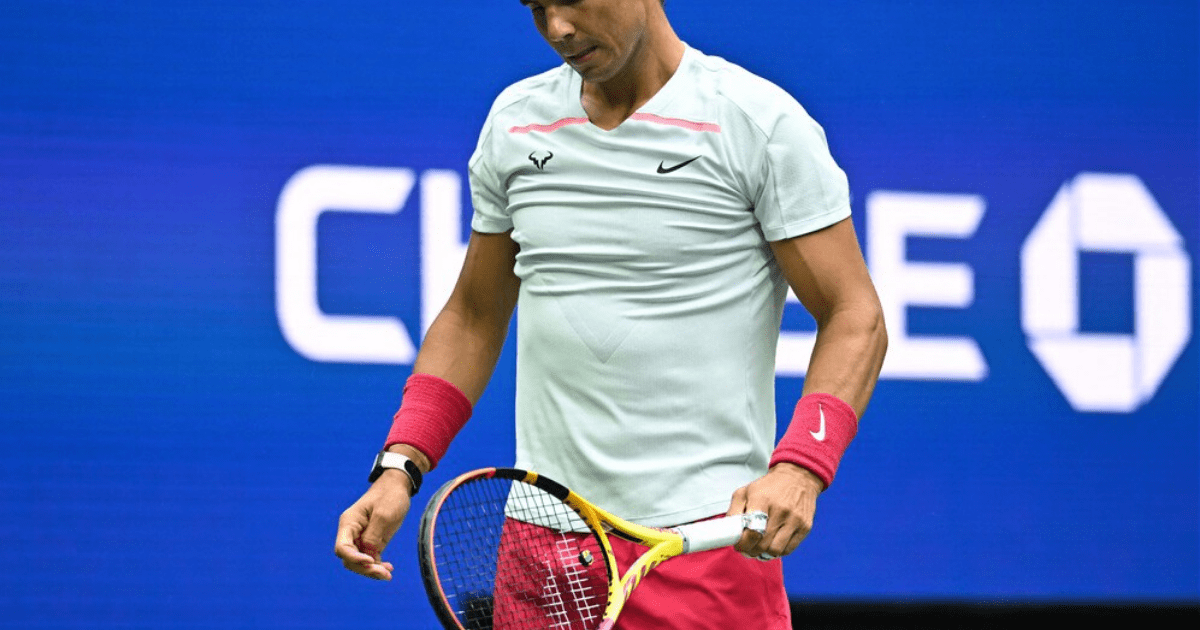 TENNIS legend Rafael Nadal says he needs to “fix” his life and admitted he doesn’t know when he will be back in the sport after his shock US Open defeat.

American star Frances Tiafoe beat the Spaniard over four sets to leave him with his first Grand Slam defeat of the year.

A dejected Nadal has struggled with injury issues this season

Tiafoe will now face Russian ninth seed Andrey Rublev in the quarter-finals after his stunning fourth round victory which left many, including his girlfriend, utterly shocked.

Meanwhile Nadal has admitted all is not right with him and he does not know when he will be back on a tennis court.

He said after the defeat: “I need to go back. I need to fix things, life, then I don’t know when I’m going to come back. I’m going to try to be ready mentally.

“When I feel that I will be ready to compete again, I will be there.”

Of his loss, he acknowledged that he was beaten by the better player.

He said: “The difference is easy: I played a bad match and he played a good match. I was not able to hold a high level of tennis for a long time. I was not enough quick on my movements.”

The result came as a surprise after what had been an impressive year for the 36-year-old.

He had won the Australian and French Opens earlier this year before having to pull out of his Wimbledon semi-final clash with Nick Kyrgios due to injury.

His strain meant the fiery Australian got a bye to the final where he lost to Novak Djokovic.

Earlier this week, Nadal also responded to speculation that his wife had a health scare during her pregnancy.

According to the Express, the tennis star said: “As much as certain types of information came out in the press about my wife’s condition, my wife is fine.”