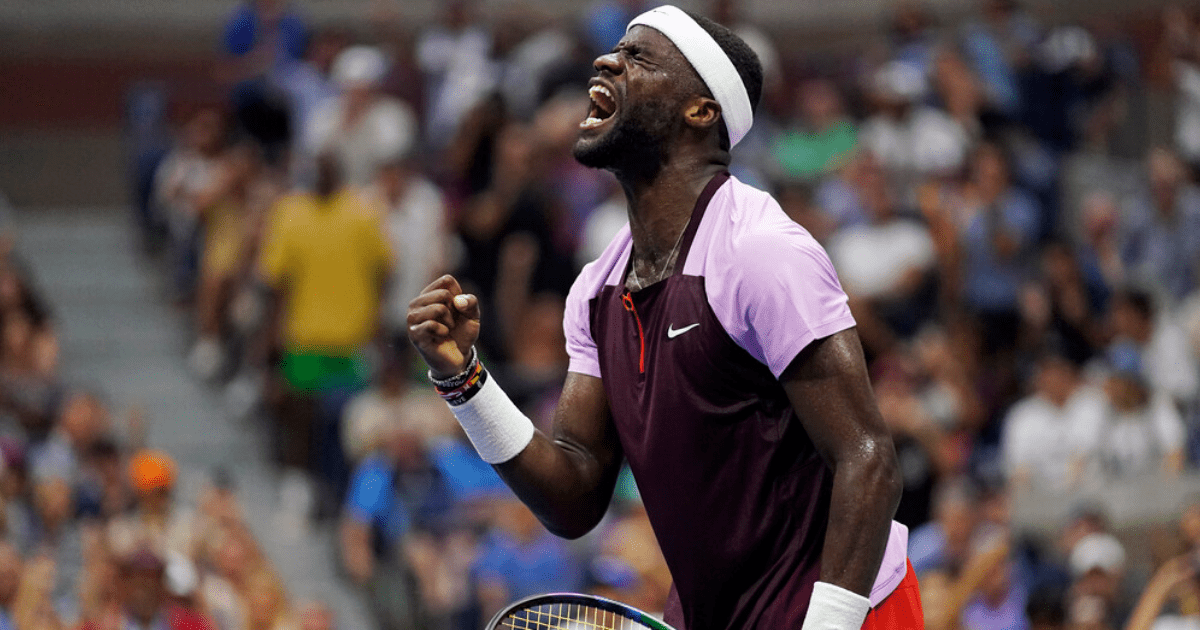 RAFA NADAL was booted out of the US Open last night – his first defeat at a major for 15 months.

World No.26 Frances Tiafoe played the match of his life to shock the Spaniard 6-4 4-6 6-4 6-3 in a mesmerising fourth-round tie on the Arthur Ashe Stadium lasting more than three-and-a-half hours.

Nadal’s last loss at a Slam was to Novak Djokovic at the 2021 French Open semi-finals and since then he won the Australian Open in January and French Open in June.

Though he withdrew from the Wimbledon semis with an ab injury, it does not count as an official defeat on the stats sheet.

But this surprise result means Nadal, 36, won’t be able to take over from dethroned defending champion Daniil Medvedev as world No 1 next week.

Tiafoe is looking to become the first home-grown man to win the singles title at Flushing Meadows since Andy Roddick in 2003.

And he has a mean serve on him, crashing down an ace at a top speed of 138mph.

Nadal, by contrast, his NINE double faults at he contributed to his own downfall.

The Mallorcan spent more than eight minutes off court after losing the first set, taking a toilet break and having his wrists taped-up backstage. 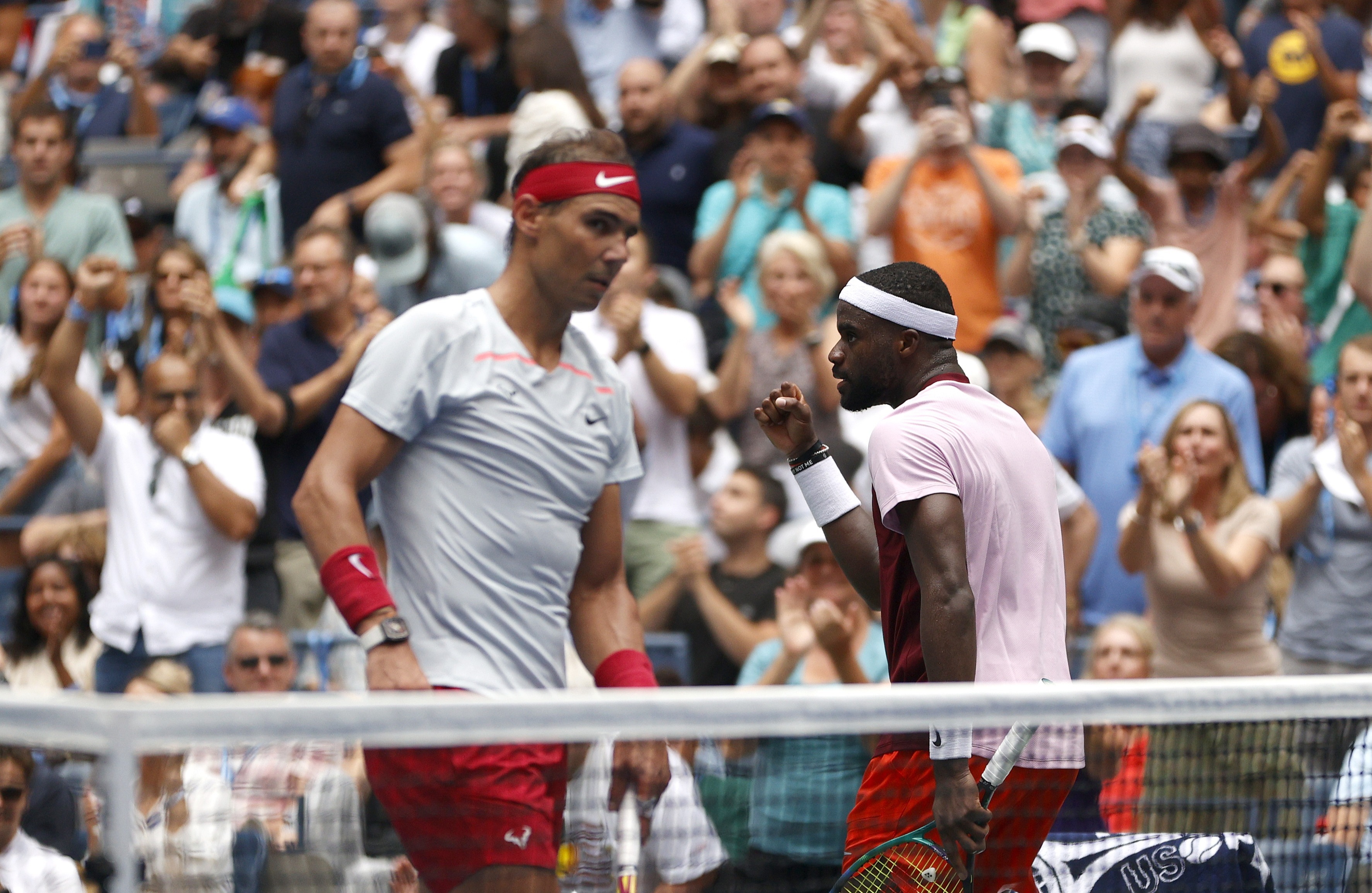 Tiafoe, who was 3-1 down in the fourth set, received a code violation for an audible obscenity after he let rip at the decision to close the noisy roof during the match.

He had moaned: “I’m tossing the ball and I can see the f***ing thing closing.”

Tiafoe, 24, buried his head in his hands and cried on the court after he shook hands with Nadal.

The American sat on the bench and buried his head in a towel as Nadal walked off and waved to the crowd.

Tiafoe, nicknamed Big Foe, said: “I am beyond happy, I am almost in tears. I cannot believe this.

“Rafa is definitely one of the greatest of all time. I played unbelievable tennis. I don’t know what happen. Well, something special happened today.

“When I first came on the scene I felt like a lot of people had a lot of expectation on me and how I would do.

“I wasn’t ready for it. Mentally, I wasn’t mature enough for those moments. These last couple of years when it hasn’t been on, I have been able to develop. I have a great team behind me.

“I have put my head down. I am happy where I am in life in general. I am able to be me, do the game I love. With the fans, it has been great.

“I thought, just get out of this game, pray to God I didn’t have to serve of it.

“I was lucky to get out of that game. I played great tennis. I came out not giving Rafa all of the respect. I came out to win a tennis match.”