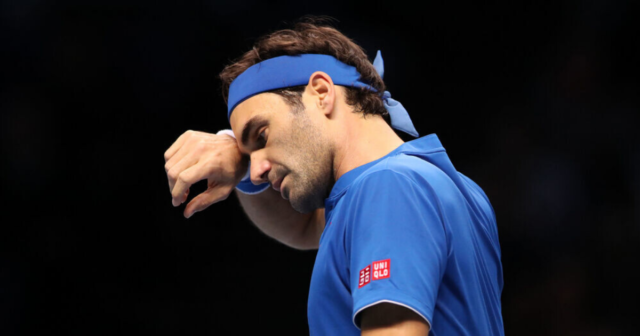 ROGER FEDERER has revealed ‘the end is near’ after confirming he will miss the Australian Open and is highly unlikely to be at Wimbledon next summer.

The 40-year-old is recovering after undergoing a third knee surgery in just two years, but is still targeting a return.

However in all likelihood he will not grace the grass courts of Wimbledon in 2022 as he prepares to be out for a number of months.

Federer told Tribune de Genève: “At the moment, I expect to be able to return in the summer of 2022. The next four or five months are crucial. In the spring, I will already see things much more clearly.

“The truth is that I would be incredibly surprised if I were to play again at Wimbledon [in 2022].

“When you get right down to it, it doesn’t make much difference whether I return in 2022 or not until 2023, at 40 or 41. It doesn’t matter. The question is rather will I manage to torture myself again day after day for my comeback?”

He added: “Even though I know that the end is near, I want to try to play some big matches again. It won’t be easy but I will try.

“If I do my rehabilitation intensively, there is a chance that I will get back to a high level. If I do strength training, go on the bike, swim, do balance exercises, work on my upper body, then I believe in it.”

Despite eyeing a comeback the Swiss icon claims it will be a ‘miracle’ if he ever reaches a Grand Slam final again.

It means he is likely to bow out after winning 20 Grand Slam titles, including EIGHT Wimbledon triumphs.

He has not played since being beaten in straight sets of the quarter-finals on Centre Court earlier this year by Poland’s Hubert Hurkacz.

The Swiss star said: “Will I return to the tour for a smaller round or for something bigger? Nobody knows, neither the doctors nor me. But I’m fighting for it. To be clear, my world will not collapse if I never play another Grand Slam final.

“But it is my ultimate dream to return once again. And in fact, I still believe in it. I believe in these kinds of miracles.

“I have already experienced them. Sports history sometimes writes such miracles. I am realistic – it would be a great miracle but there are miracles in sport.”

But it seems inevitable Federer will lose that crown as early as next year as the winning machine that is Djokovic rumbles on.