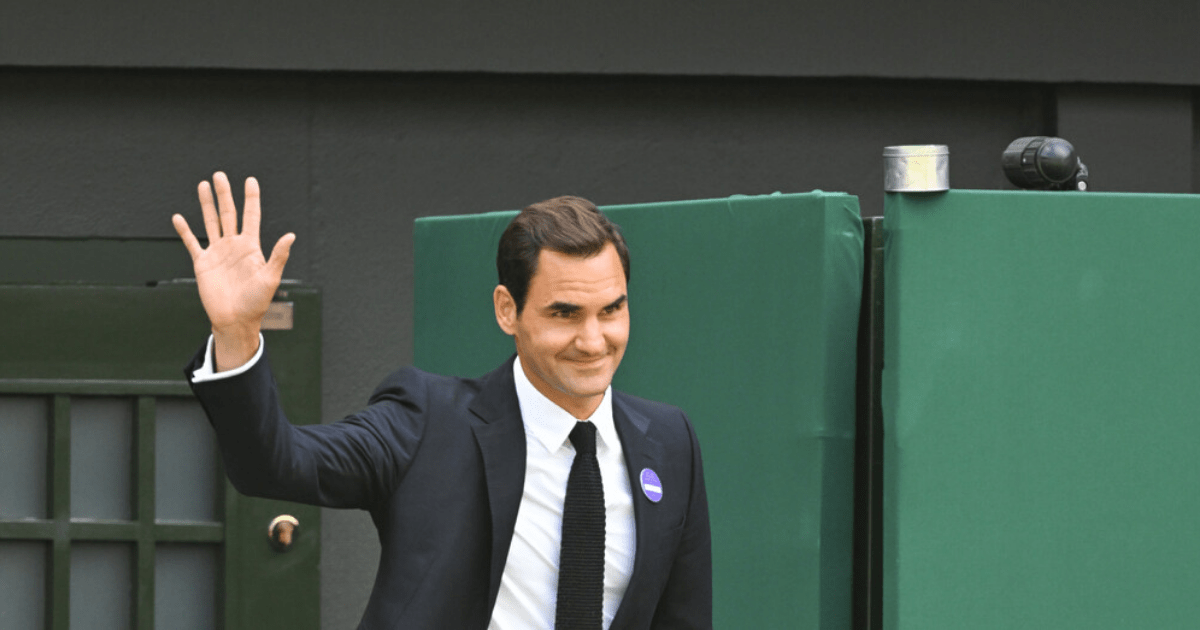 ROGER FEDERER had to blag his way into Wimbledon last month – because a nit-picking security guard did not recognise him.

The Swiss superstar – who retired from playing tennis after September’s Laver Cup – has won the Wimbledon men’s singles championship a record eight times.

Federer was not recognised by a security guard at Wimbledon

But when he had two hours to kill in London after seeing a doctor having just flown in from a sponsors’ event in Tokyo, a jobsworth steward denied him entry as he did not have his SW19 members’ card.

Speaking on The Daily Show in the US, Federer, 41, said: “I didn’t tell Wimbledon in advance I would be coming. I didn’t know if I would have enough time to go by the Club before flying home.

“But I went there for tea as I had two hours to spare. I drove up to the gate where guests come in. I spoke to this security lady. I told my coach, ‘I’ve got this’.

“I said to her: ‘I’m wondering how I can get into Wimbledon? Where is the door or gate?’

“She said: ‘Do you have a membership card?’

“When you win Wimbledon you become a member automatically. I probably had one at home. I had no idea.

“She said I had to be a member. I told her I was and normally I’m here playing.

“I’m in a panic now, I still cannot believe I said this as I feel bad but I said: ‘I’ve won this tournament eight times – please believe me, I AM a member.’

“She didn’t let me in. I went to a gate on the other side and a random person recognised me and asked for a selfie.

“This other security guard let me. The chairman was there, I had tea for an hour.

“I did think about going over to the other side and giving a wave that I was in, but I didn’t do it.

“When I said I had won Wimbledon for eight times, for a split second, I wasn’t sure if it was eight anymore. I never talk like this.

“But she was doing her job. Where is your name, picture, you don’t have it, sorry.”

In this article:didnot, hewas, securityguard