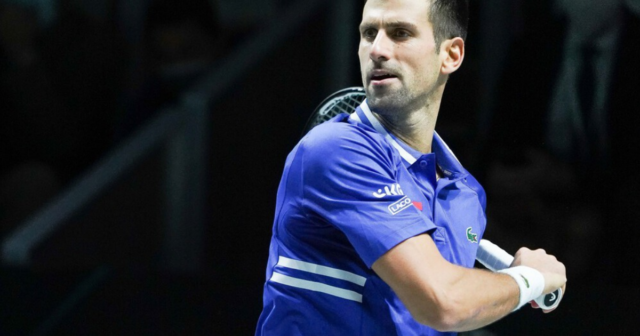 HISTORY-CHASING Novak Djokovic tops the entry list for the 2022 Australian Open, suggesting he finally has positive news over his vaccination status.

The world No.1 and nine-time Aussie Open winner has refused to reveal if he has had the Covid vaccine – a strict requirement by the Australian government for anyone wishing to visit Melbourne.

Though, of course, he could still pull out before for the event starts on January 17, the fact he is on the official players’ list would imply he has considered getting jabbed.

Djokovic, 34, who beat Russian Daniil Medvedev in the 2021 final in February, is aiming to win a record 21st Slam on the men’s Tour.

Tennis Australia have denied reports that it considered applying for a medical exemption loophole to strict Victoria state rules that would allow unvaccinated players to compete.

Serena Williams will be absent next month on medical grounds after saying she is not fit to compete at the first Slam of the New Year.

The American, 40, has not played since tearing her hamstring in tearful scenes at Wimbledon in July.

She said: “While this is never an easy decision to make, I am not where I need to be physically to compete.

“Melbourne is one of my favourite cities to visit and I look forward to playing at the Australia Open every year.

“I will miss seeing the fans, but am excited to return and compete at my highest level.”

US Open champion Emma Raducanu, who is ranked 19th in the world, will make her tournament debut Down Under.

World No.12 Cameron Norrie, Dan Evans and Heather Watson will also be involved from a British perspective.

The 25-year-old was recently named as the WTA Player of the Year for the second time following a 2021 that saw her win her maiden Wimbledon title.