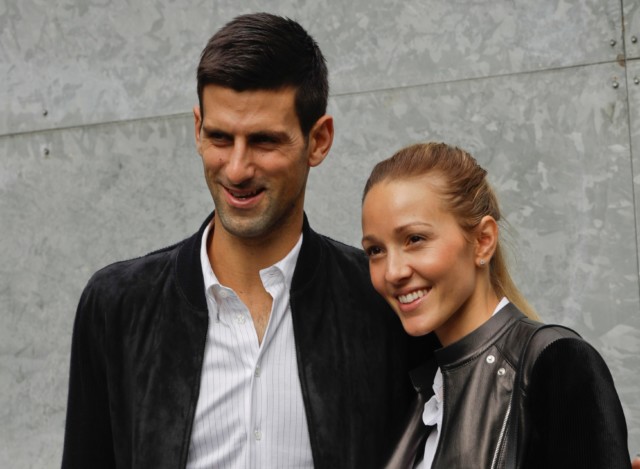 NOVAK DJOKOVIC was set to be the subject of a sex extortion plot in a bid to ruin his marriage, a Serbian model has revealed.

Natalija Scekic was approached under the assumption she was attending a business meeting, but it quickly became apparent she was being asked to lure the world No1 into a hidden-camera, sex film in return for around £50,000.

Novak and Jelena have been married since 2014

Djokovic has been married to Jelena for seven years and the couple have had two children together – Stefan, 6, and Tara, 3.

Rumours of the Serb’s infidelity have frequently been denied by the 18-time Grand Slam champion.

And Scekic hopes coming forward to expose the planned extortion will ensure someone else is not used to do what she was asked to.

Djokovic’s form dipped off significantly in 2017 when he failed to go beyond the quarter-finals in any of the Grand Slams.

However, Jelena was absent for his Wimbledon triumph and that again sparked rumours that the couple were struggling.

And when quizzed on allegations of infidelity in 2020, Djokovic once again categorically shut them down.