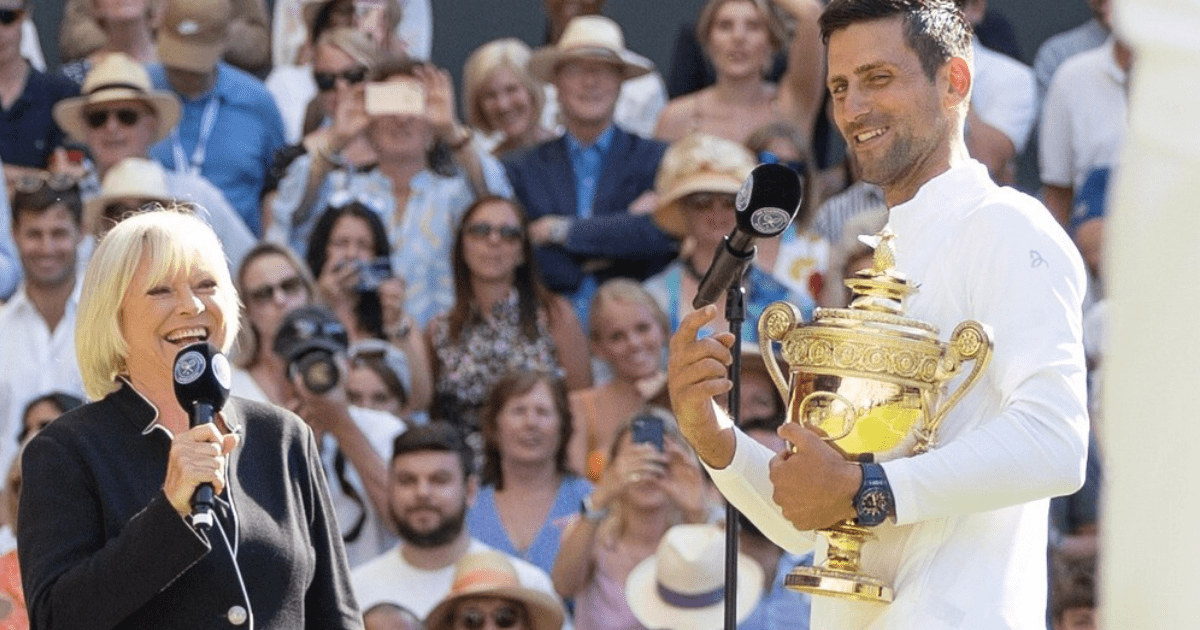 SUE BARKER has dropped a huge hint over her replacement as the BBC’s lead presenter at Wimbledon.

But the TV legend, 66, seemed to wrongfoot her predicted successor by making the revelation when they appeared together at an awards ceremony.

Sue Barker bowed out as the BBC’s lead presenter at Wimbledon this year, where she interviewed men’s champ Novak Djokovic

Barker held the Beeb’s top Wimbledon role for 22 years until this summer after joining the organisation in 1993, and speculation has soared over her successor.

Now it appears the hottest tip for the job WILL take the position.

Former French Open champion Barker spoke out as she picked up a lifetime achievement award at the BT Sport Action Woman Awards.

And as she received it, Barker said: “I’ve loved it all my life, but I know I’m leaving it in the safest hands.

“It’s absolutely wonderful to leave it with Clare.”

Balding, 51, has been a regular tennis commentator as part of her wide-ranging broadcast work.

The former jockey is also president of the Rugby Football League.

The BBC have yet yet to reveal their tennis team for Wimbledon next summer, let alone comment on Barker’s replacement.

But retired eight-time Wimbo champ Roger Federer, 41, has suggested he could be interested in becoming a pundit.

And there is talk of a bigger role for tennis and cricket commentator Isa Guha, 37, a former England Test bowler.

Advertisement. Scroll to continue reading.
In this article:awardsceremony, bbctv, majorhint