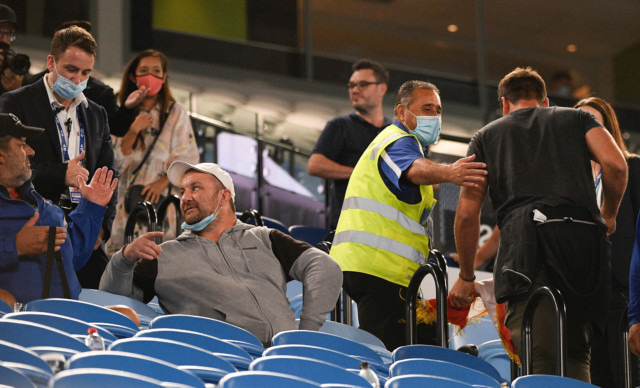 TENNIS fans were booted out of the Australian Open during play just minutes before a new lockdown in Melbourne.

Novak Djokovic‘s match was stopped at 11.30pm local time for crowds to leave and get home before midnight in chaotic scenes. 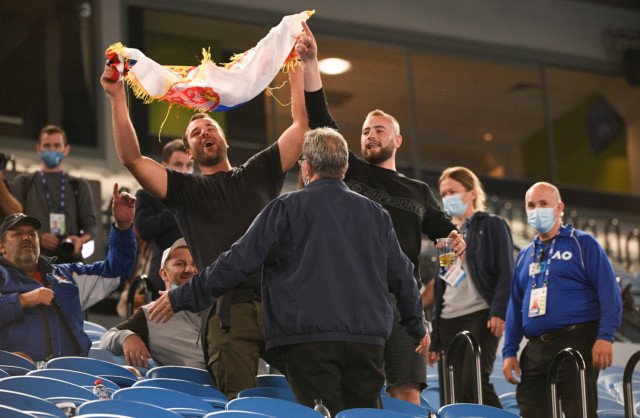 Djokovic fans cheered their man as they left the arena

The state of Victoria introduced a snap five-day lockdown to suppress an outbreak of the UK coronavirus strain.

Up to 30,000 fans a day were allowed to attend the tennis tournament, which was delayed until February this year.

But the next five days of action will take place behind closed doors.

Spectators could return for the latter stages of the competition, which is due to finish on February 21.

Djokovic’s clash with Taylor Fritz on the main Rod Laver Arena was played in front of a sparse crowd.

And the Aussie locals were bemused when told they had to leave with the match during the fourth set.

Announcements on the public address system before 11.30pm asking them to start making their way home were loudly booed.

Melbourne residents endured a harsh lockdown over 100 days long during their winter to avoid a second wave. 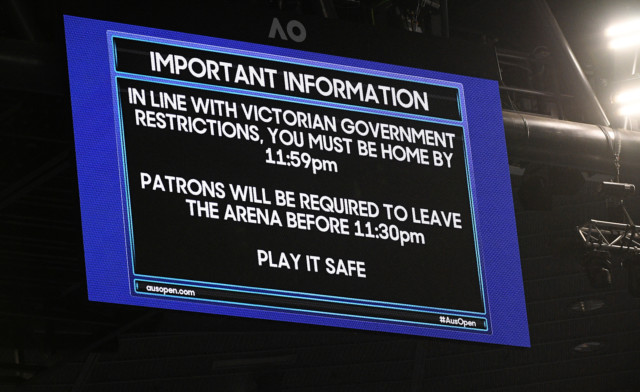 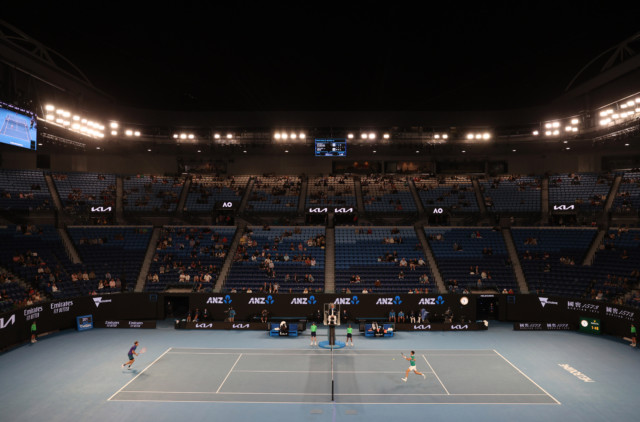 Some players in this year’s Australian Open were forced to isolate in hotel rooms upon arrival Down Under after Covid cases on their inbound flights.

Tennis stars posted videos on social media of them practicing and preparing in their hotel room they were locked in.

Russian Yulia Putintseva was forced to change rooms after spotting a mouse, but said it happened in her new room too.

Djokovic came under fire for asking for better conditions, including moving players to private houses with gyms and tennis courts.

The tournament began on February 8 at Melbourne Park after the quarantine chaos.

Did you miss our previous article…
https://www.sportingexcitement.com/tennis/woman-who-gave-nadal-middle-finger-says-she-was-not-drunk-reveals-daughter-is-embarrassed-and-blasts-rude-security