Tennis star Carla Suarez Navarro, 32, reveals she thought she had coronavirus before being diagnosed with cancer
Advertisement 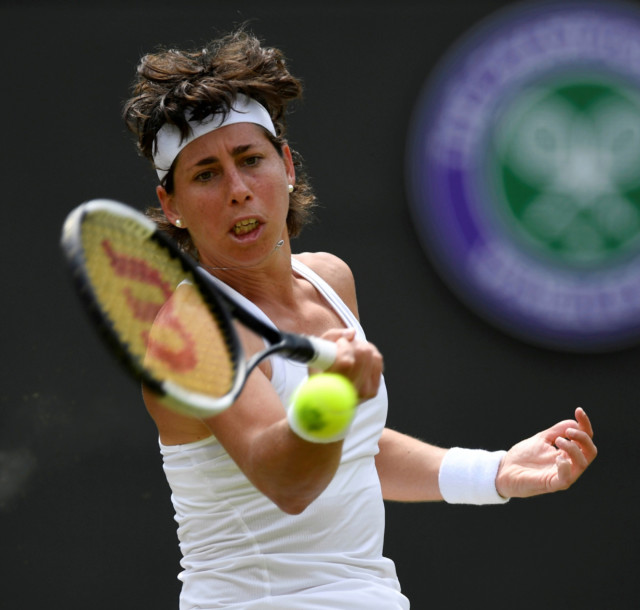 CARLA SUAREZ NAVARRO thought she had coronavirus before being diagnosed with cancer.

The Spanish tennis star, 32, was suffering from stomach pains and sickness last summer.

But test results in fact revealed she had Hodgkin lymphoma, an uncommon cancer that develops in the lymphatic system, which is a network of vessels and glands spread throughout your body.

Speaking to Eurosport’s Players’ Voice series to mark World Cancer Day, Navarro said: “I had a PCR test to check if I had coronavirus, which came back negative, then I went to the doctor because I had stomach pains.

“I kept feeling unwell, so we went to see more doctors until one of them spoke about the possibility of lymphoma, but we had to wait for the results.

“I was having tests and biopsies done all over my body until they finally gave me the bad news.

“The truth is I don’t know what I thought.

“I didn’t ask questions about the disease, why I had it or what was going on — I just wanted to know what I needed to do to recover.”

Navarro completed her course of chemotherapy in January and is making good progress in her recovery to full health.

The former world No6 – who was already planning for 2020 to be her final season on tour before retiring – admitted some days have been ‘physically very hard’ but leant on her mental toughness to help get her through.

Covid-19 restrictions have limited seeing friends but she has been able to play tennis, paint as well as enjoy her brother’s cooking and family chess tournaments.

But the popular player, with one of the best backhands in the game, is targeting a final swansong at the rearranged Tokyo Olympics with Spain – where she could play alongside close friend Garbine Muguruza.

Navarro said: “I made the decision to retire from professional tennis in 2020, but it’s important for me to say goodbye on a tennis court.

“I wouldn’t want people to remember me saying goodbye in hospital. So in my mind, if it all goes well, I am hoping I can say goodbye the way I want to.

“This year, I will have a good chance to play in Tokyo, and it’s every athlete’s dream to compete at the Olympics.

She added: “It’s not up to me and it will depend on the rankings.

“For singles there can only be four players in the draw so if Garbine, Paula [Badosa], Sara [Sorribes Tormo] and Aliona [Bolsova] do well at the start of this season, I’ll be out.

“However, I hope if Garbine has a good ranking in doubles, we can play together.”