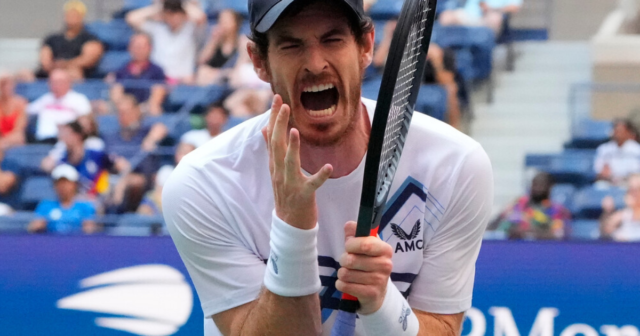 TENNIS PLAYERS can only visit the loo ONCE during a match – and will be punished if they take too long.

A raft of strict new guidelines on toilet breaks have been sent to players by the ATP, the governing body of the men’s Tour, ahead of the 2022 season.

It is understood umpires will limit bathroom breaks to one per player per match, lasting no longer than three minutes from the time they enter the facility.

But stars can only visit the restroom at the end of a set and not during.

Should anyone spend too long ‘on the John’ or admiring themselves in the mirror they will be potentially liable to time violations.

Some players have been accused of using trips to the toilet as tactical weapons at crucial junctures in matches when they have been losing or need to curtail their opponent’s momentum.

The biggest saga came during the recent US Open on day one when Greek Stefanos Tsitsipas was accused of “cheating” by Andy Murray after he disappeared off court at various times during their marathon four-hour 49-minute first-round epic.

The Athens ace had a lengthy toilet break at the end of the second set and a medical time-out after the third for treatment on his left foot.

Then he had a near eight-minute break at the conclusion of the fourth set in which he also changed his kit.

It spilled out into the post-match press conference as well and when asked about the incident, Murray replied: “I lost respect for him [Tsitsipas]. Do you think that’s normal? Do you think it’s totally fine? I think it’s nonsense. And he knows it as well.”

In his next match, Tsitsipas, 23, went to the locker room for more than seven minutes after losing the third set against Frenchman Adrian Mannarino.

It was no surprise that he was jeered by the Arthur Ashe Stadium crowd on his return in that second-round tie.

Tsitsipas, the world No4, argued that he was not breaking any rules, which is why the ATP has decided to act at the end of this year.

Murray, 34, famously took a toilet break during the 2012 US Open final in New York, when Novak Djokovic recovered to level at 2-2, but the Scot felt rejuvenated to win his first of three major titles.