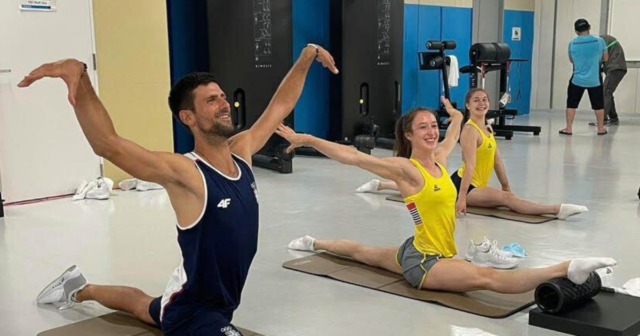 NOVAK DJOKOVIC looked ace as he limbered up with the Belgian gymnastics team.

The Serbian tennis superstar was beaming as he posed in the splits alongside Nina Derwael and Maellyse Brassart.

He has been balancing his time between tennis training – hitting with Team GB hero Andy Murray – and stretching in the Tokyo Olympics Village as he vies for his first-ever gold medal.

Derwael said: “When Djokovic asks for a picture, you can’t refuse…”

The world No1 will take on unseeded Bolivian Hugo Dellien in the first round of the Games on Saturday.

And the heavy favourite then could go on to face Andrey Rublev in the quarter-finals and Alexander Zverev in the semis with Daniil Medvedev and Stefanos Tsitsipas on the other side of the draw.

Djokovic is aiming to win the fourth leg towards the Golden Slam.

He secured a ninth Australian Open, thumping Medvedev in the final in Melbourne.

Then came a memorable French Open success, dethroning Rafael Nadal in the final four before coming back to beat Tsitsipas in five.

And earlier this month, Djokovic drew level with Nadal and Roger Federer on a record 20 Grand Slams, securing the Wimbledon title against Matteo Berrettini.

After the Games are over, attention will turn to Flushing Meadows where he will be aiming to secure all four Grand Slams – plus potentially Olympic gold – in a single year.

Should he go all the way at the US Open, he would become the first man since Rod Laver in 1969 to complete the calendar Grand Slam. 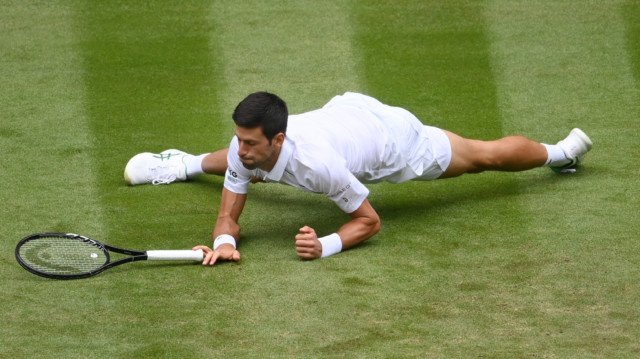