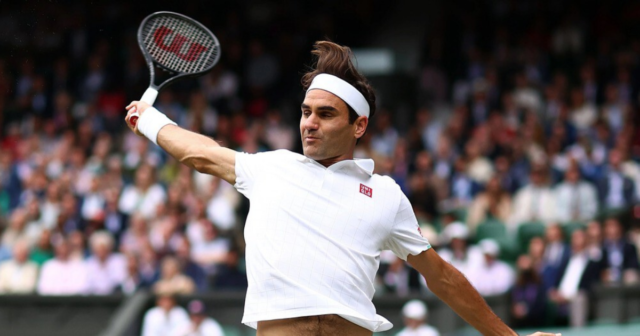 ROGER FEDERER is a crock of gold!

The Swiss legend was the top tennis earner for 2021 on £62.4million despite playing just five tournaments due to injury.

Swiss legend Roger Federer slipped down the tennis rankings but maintained his place at the head of the income listJapan’s two-time Grand Slam winner Naomi Osaka is second on the list of tennis earners, picking up £41m in 2021

The 20-time Grand Slam winner is recovering from knee surgery last August that will probably keep him out of Wimbledon this summer.

And as he watches the drama of the Australian Open, including big rival Novak Djokovic’s deportation, Federer remains well clear for combined earnings on and off the court.

The only two women in the top 10 – compiled by Forbes – were second and third respectively, Japan’s Naomi Osaka with £41m and USA icon Serena Williams on £26.4m – ahead of £24.8m earner Djokovic.

Nobody in tennis serves you better when it comes to a clean-cut reputation than 40-year-old Federer.

But it’s actually Osaka who rakes in the most away from the playing action, reportedly accruing more than 90 per cent from deals such as endorsements with Workday, Tag Heuer and Louis Vuitton.

Covid was of course the main reason, as players ‘suffered’ from a reduction in tournaments, exhibition matches and appearance fees.

Federer will be anxious to return to action this year, particularly as he, Djokovic and Rafa Nadal are locked together for the most Slam triumphs ever.

In the absence of his two fellow all-time greats, Spaniard Nadal hopes to nip ahead on 21 as he is into the OZ Open quarter-finals this week.

Winning Down Under would also give the left-hander a hefty kick-start to his chances of moving up from sixth place in the earnings’ list.

Then comes a big drop to to best of the rest.