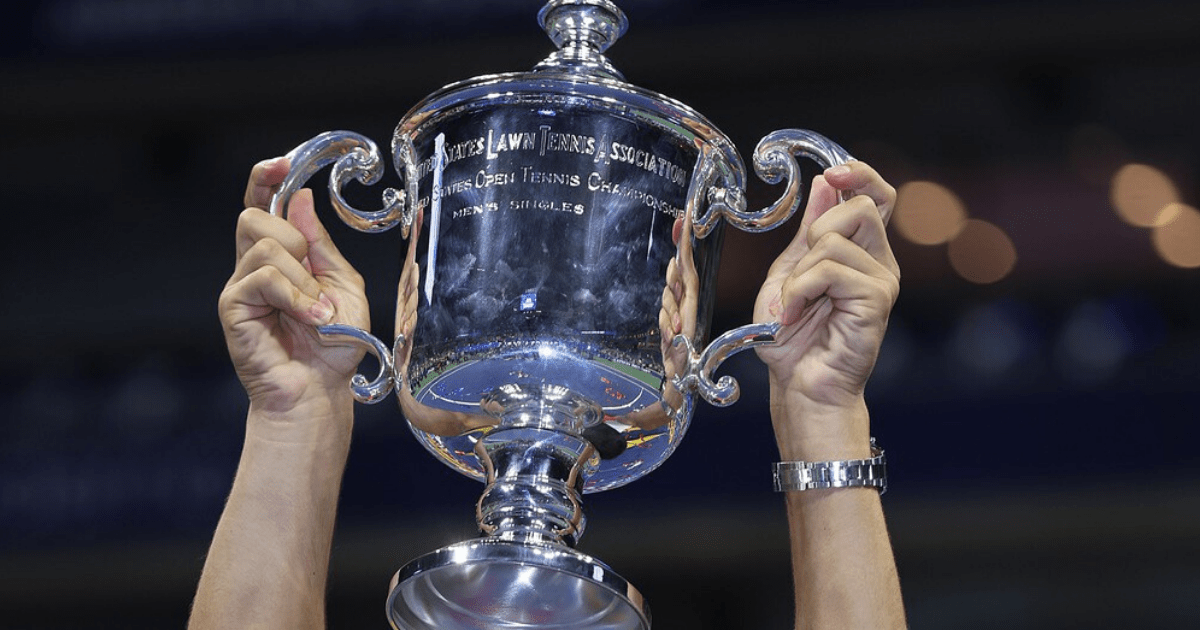 THERE is a new hero in the tennis world – and he’s just 19 years and four months old.

Carlos Alcaraz is the toast of Spain after winning the US Open – defeating Casper Ruud to land his first grand slam.

And the man primed to break the stranglehold Novak Djokovic and Rafael Nadal have over the game has already muscled in on the rankings – rising to No1 after his victory.

Already he was fancied off the court with the likes of Rolex rushing to sponsor the talented teen and magazines including Vanity Fair inviting him for a fancy cover photoshoot.

While in his hometown of El Palmar, Murcia, Alcaraz’s face already adorns a 30-ft mural.

Born to parents Carlos and Virginia, he began playing tennis at the Real Sociedad Club de Campo de Murcia, where his father was the tennis academy director.

At one point in time, his dad was one of the top 40 tennis players in Spain.

The buzz about Alcaraz began when he was just 16.

He made his ATP main-draw debut at the Rio Open after receiving a wildcard for the singles main draw.

He would lose in the second round to Federico Coria, but people took notice.

A year later he became the youngest ever person to compete in the Australian Open after he qualified for the main draw.

Then by defeating Adrian Mannarino at the Madrid Open he shattered Nadal’s 2004 record of being the youngest winner in the competition.

This year, he has won the Miami Open and Madrid Open, as he has continued his rapid rise.

After his success at Flushing Meadows, Alcaraz wrote: “I never thought I would achieve this kind of things at 19.

“It all happened so fast. It’s something I’ve dreamed of since I was a kid, since I started playing tennis. Lifting this trophy it’s amazing to me.”

Better still, he’s now the youngest world No1 ever.

Back in April, Alcaraz tasted success in the Miami Open

As Alcaraz began to make his name in sport, the world’s top brands took note.

He signed his first deal when he was incredibly just 10 in 2013, when he agreed to use rackets made by French firm Babolat .

Nike began their association with him in 2015 – and he signed his first professional contract in 2020 reportedly worth £1million.

Watchmakers have long been associated with tennis stars too.

This year, Rolex bought into the hype and made Alcaraz a brand ambassador.

At 19, he’s the youngest athlete they have ever backed.

Other sponsors include BMW, and Spanish food company ElPozo – as money is now thrown at him. 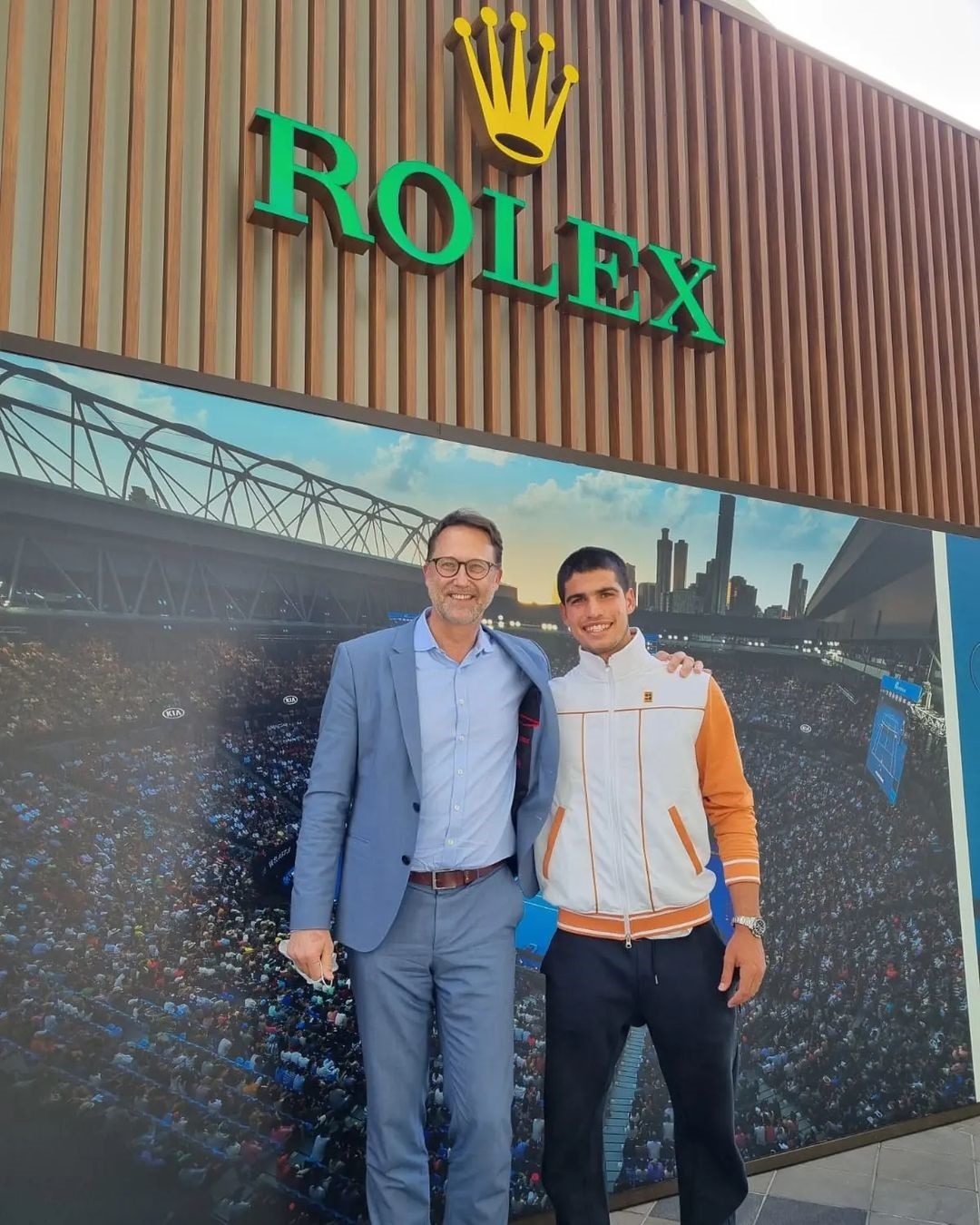 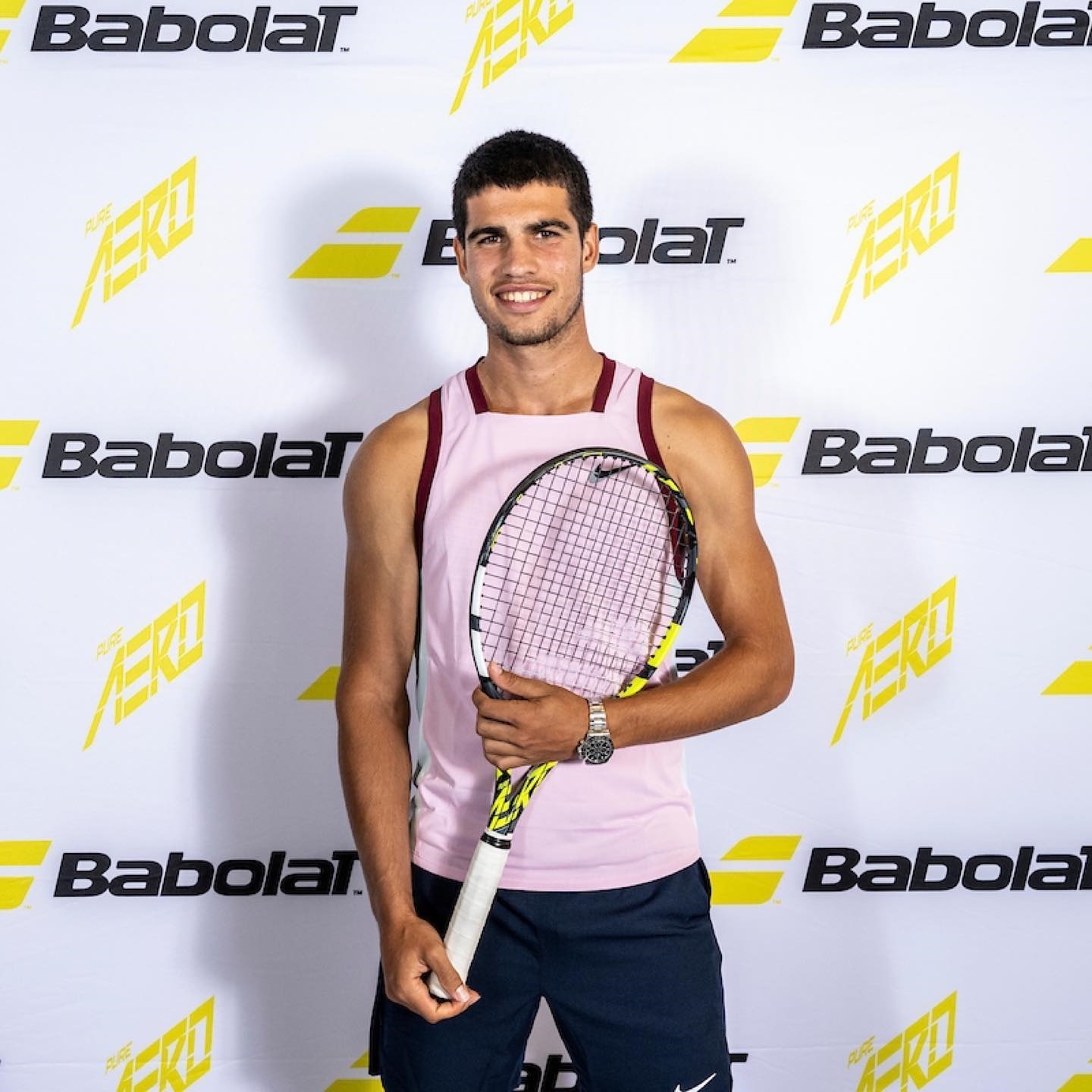 Tennis racket manufacturers Babolat have sponsored Alcaraz since he was 10 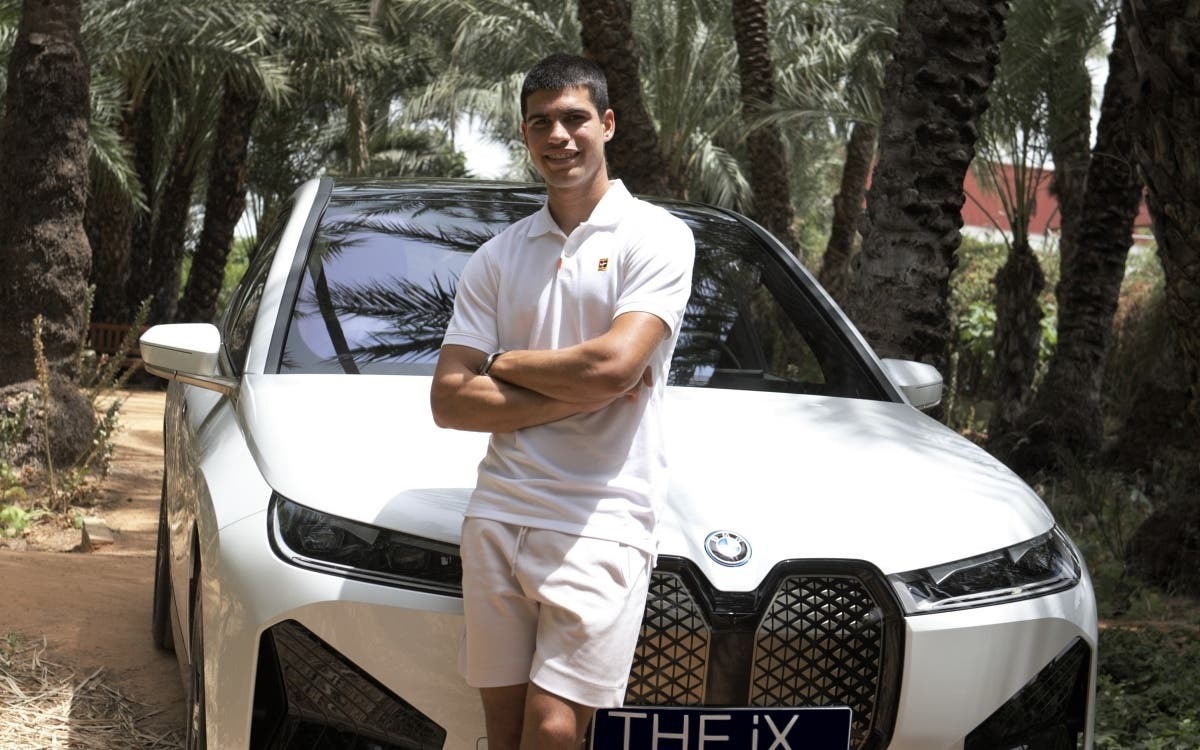 BMW recently made Alcaraz an ambassador for their brand

Although he’s dedicated to his tennis, Carlos has room in his heart for a girlfriend.

Maria also has the same sporting interest as her alleged lover as she plays for Murcia Club de Tenis – a tennis club located in Spain.

Any details are kept close to their chests though, with the pair refusing to share too much about one another on social media.

But she is beginning to build up a presence on Instagram as her followers jumped up from 2899 to nearly 6,500 in a month. 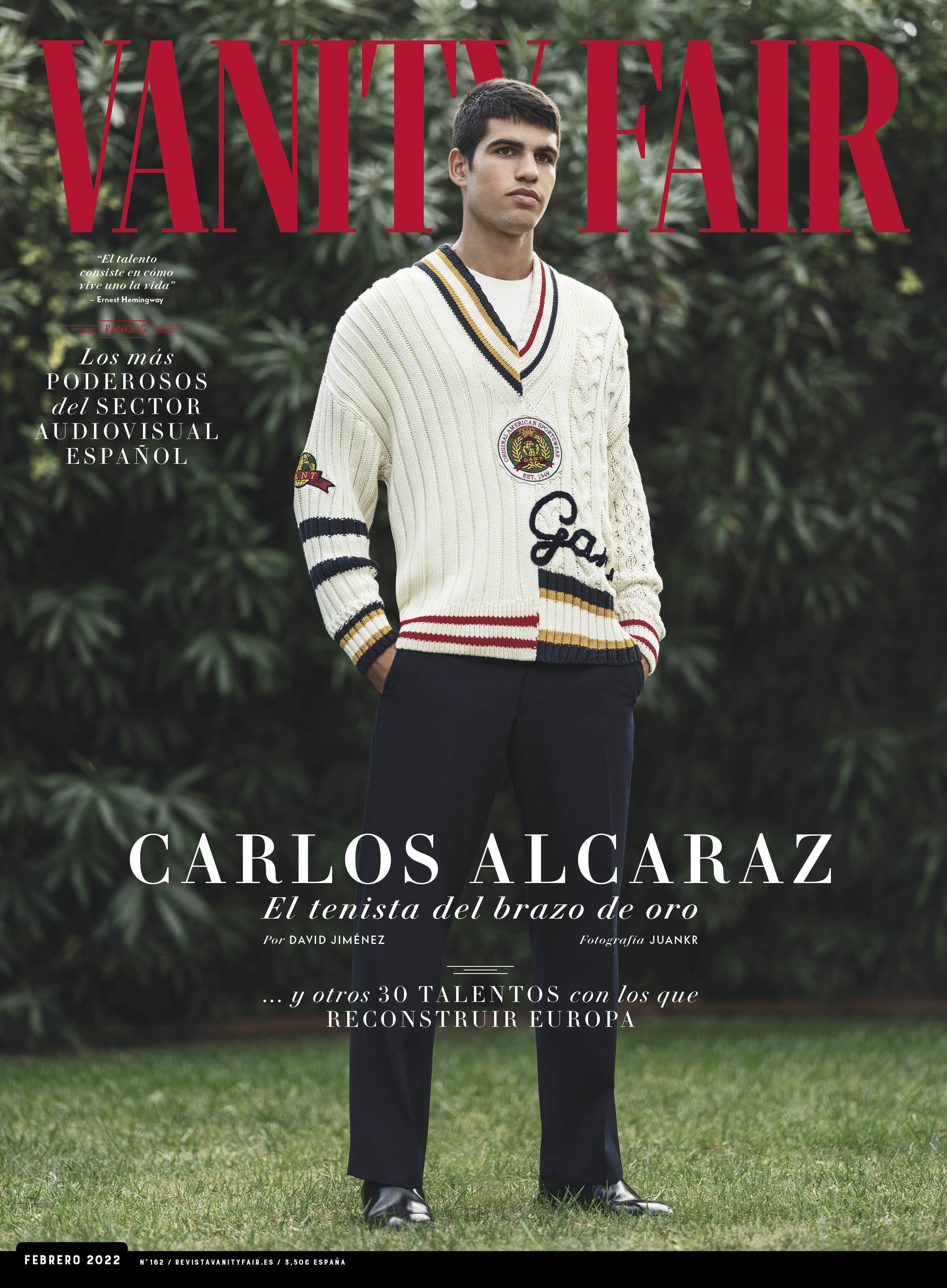 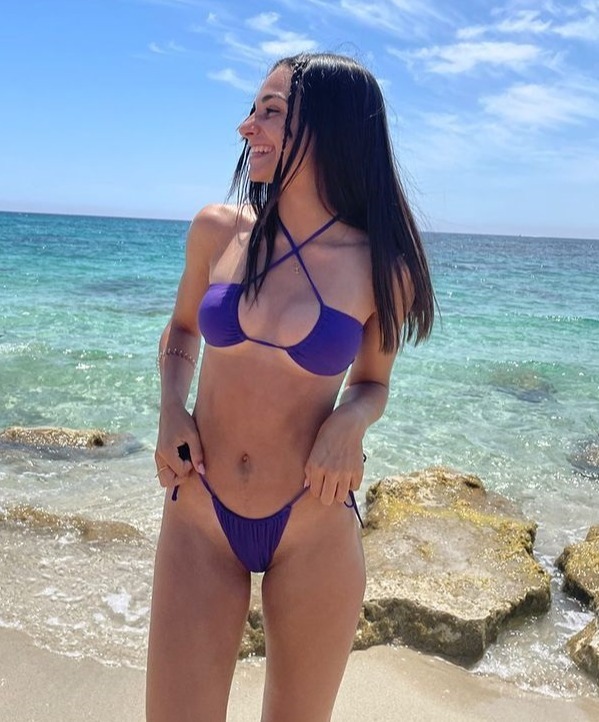 Maria Gonzalez Gimenez is rumoured to be Alcaraz’s girlfriend

After he won the Madrid Open he was saluted by the local people of Murcia with a giant mural.

Created by artist Sbah, it was painted on the Calle Mota Regeuron at the entrance to El Palmar district.

Launched on June 6, Alcaraz attended the ceremony himself.

Mayor Jose Antonio Serrano addressed Alcaraz: “You are going to give us a lot of joy and all of Murcia will be with you, encouraging you and pushing you towards success.” 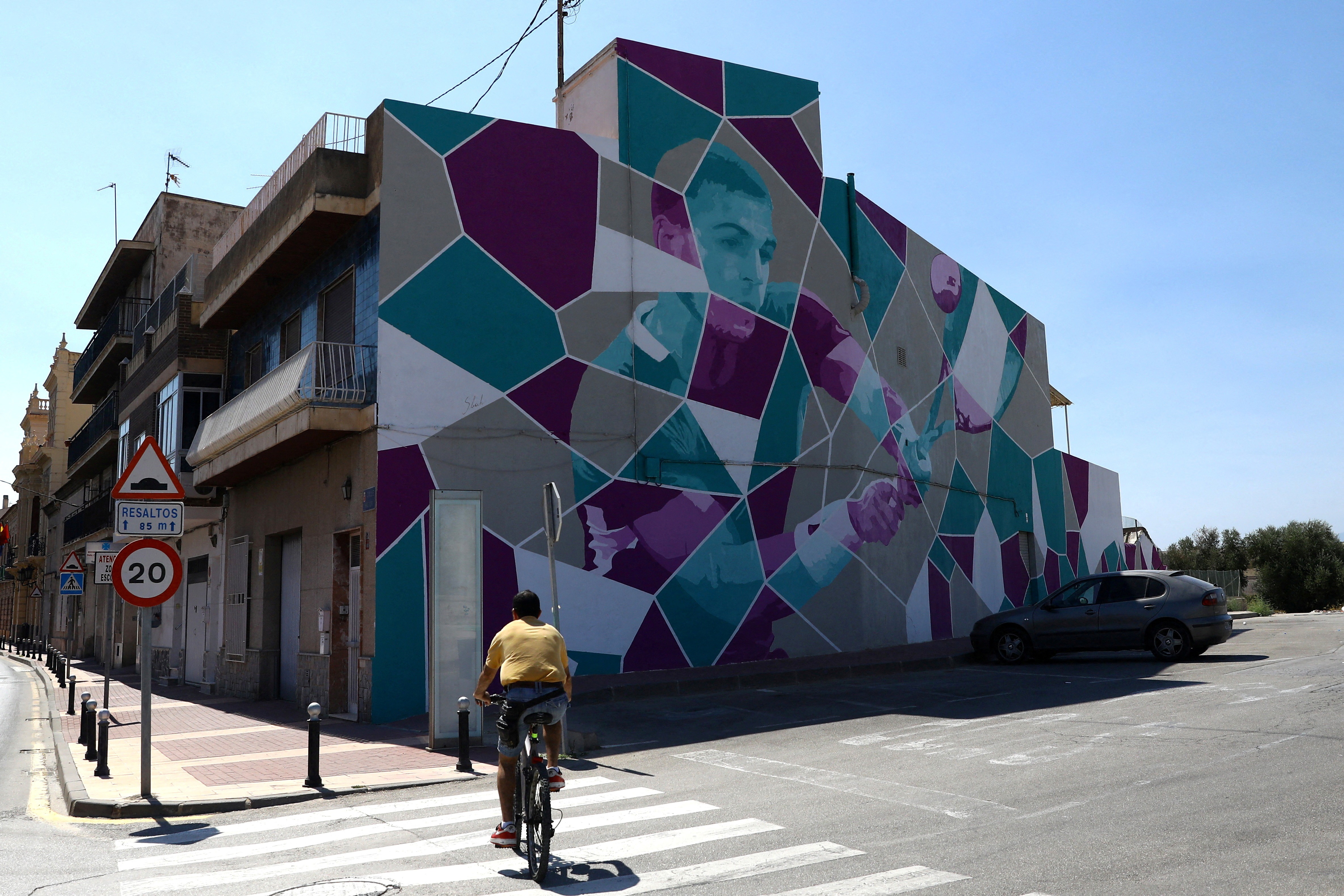 A mural in honor of Carlos Alcaraz is seen in the player’s hometown El Palmar, Murcia, 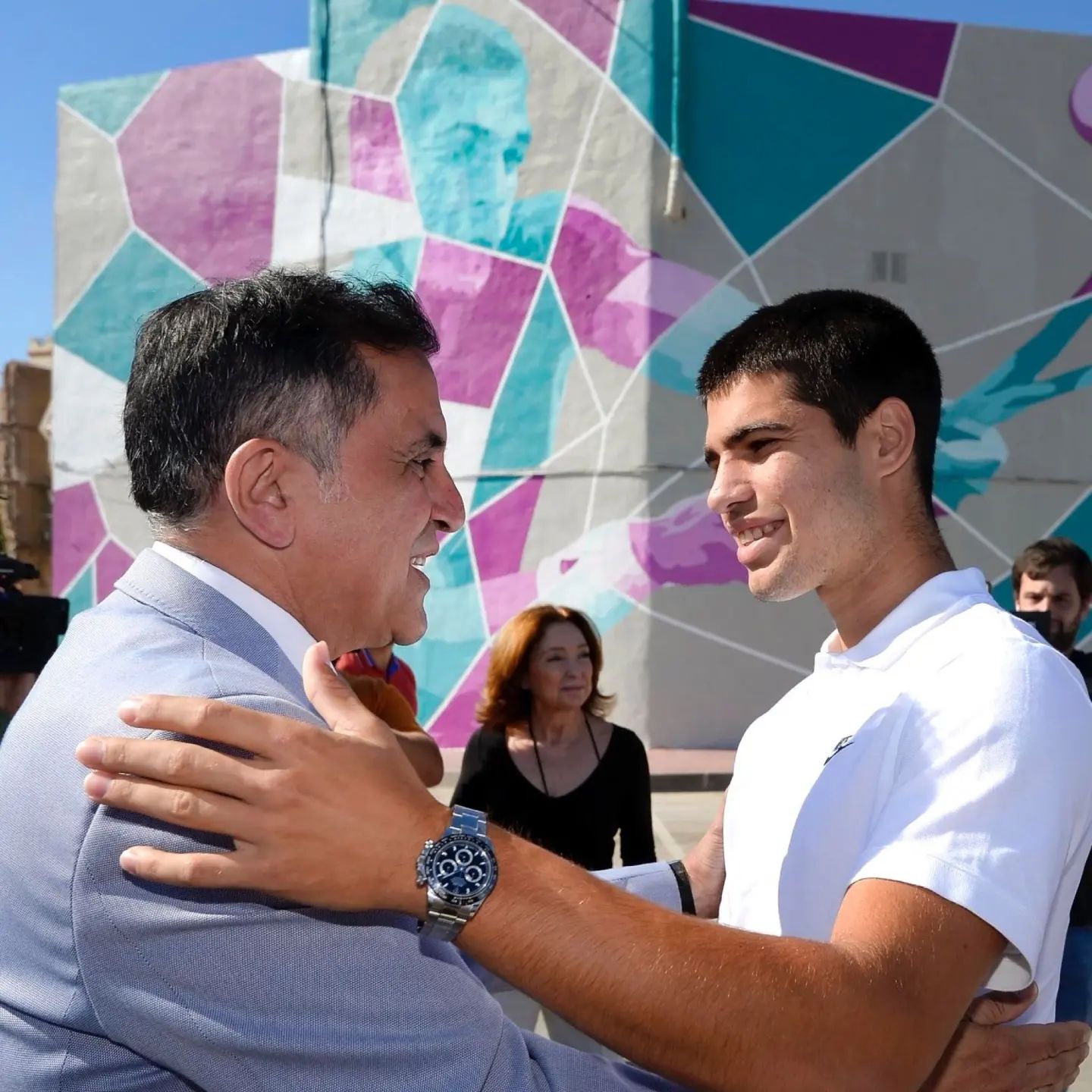 He added: “As Major of Murcia, I can only congratulate you for taking the name of our municipality and your district, El Palmar, around the world. You have become an unbeatable ambassador.”

Alcaraz will be hopeful of continuing to make the people of El Palmar happy by continuing his success on the court.

Advertisement. Scroll to continue reading.
In this article:carlosalcaraz, tennisstar, usopen