How tall is Wimbledon star John Isner and is he the tallest player in tennis history?

‘How much was the deposit?’ – Wimbledon fans reveal eye-watering cost of pint and food including ‘night out chicken’ 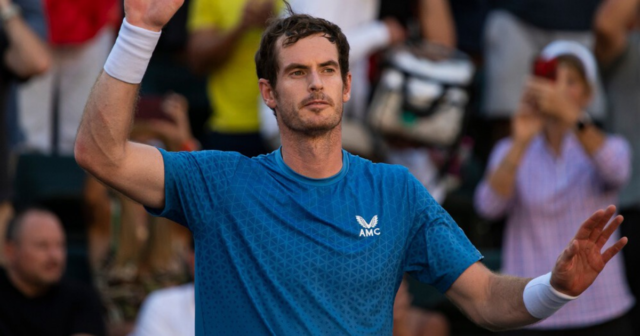 The Brit fought back from one set behind to win the match and he will now go on to face No3 in the world Alexander Zverev on Tuesday. 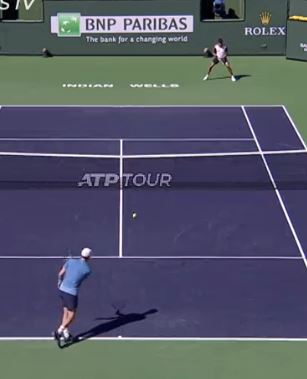 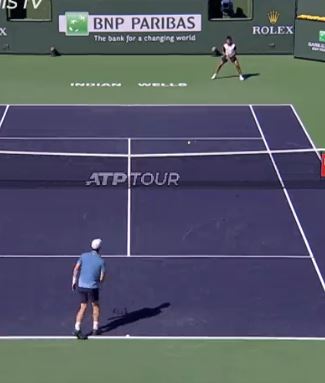 But Murray’s win wasn’t the only think that caught tennis fans’ eyes.

The 34-year-old pulled off a cheeky underarm ace, leaving Garfia flatfooted a couple yards behind the baseline.

Murray gained a mixed reaction from the stands and on social media.

Some cheered the heeky tactic, whilst some others booed rather loudly.

But what Murray did was perfectly legitimate and HAS been used before in bigger tournaments.

One viewer said on Twitter: “Grown man hitting underarm serves lmao. Have some shame that stuffs for kids @andy_murray.”

Others have blasted the move by Murray as ‘unethical’.

Another said: “I don’t understand why professional tennis players need to use underarm service.

“It may be legal the rules, but it is unethical and unsuitable for tennis. looks like theft to me…”

Murray has defended his actions and hinted he could use it again.

Murray said: “Yeah, well… I mean… He started standing further back to return the first serve and, I mean, the courts are painfully slow here.

“I wasn’t getting many free points on my first serve.

“I was thinking about using it again in the third set but I didn’t, but yeah first time I’ve ever done it in a match and got the ace so maybe I’ll try it again in the future if guys are standing that far back.”

Michael Chang was the first cunning tennis star to deploy the skill back in 1989.

The American, 17 at the time, pulled it off against world No1 at the time Ivan Lendl in the French Open.

Chang beat Lendl and went on to win the competition, becoming the youngest-ever men’s Grand Slam champion – a record which still stands today – and America’s first French Open winner since 1955.

Murray isn’t the only modern tennis star to use Chang’s underarm serve.

Bad boy Nick Kyrgios pulled it off against Legend Rafael Nadal at Wimbledon back in 2019.

The crowd loved it, Kyrgios remained straight faced, and Nadal couldn’t help but crack a smile.

Nadal got his revenge though, beating the Australian three sets to one.

Daniil Medvedev also pulled it off against Zverev last year at the ATP finals.

Medvedev didn’t quite get the ace, but he won the point in the end.