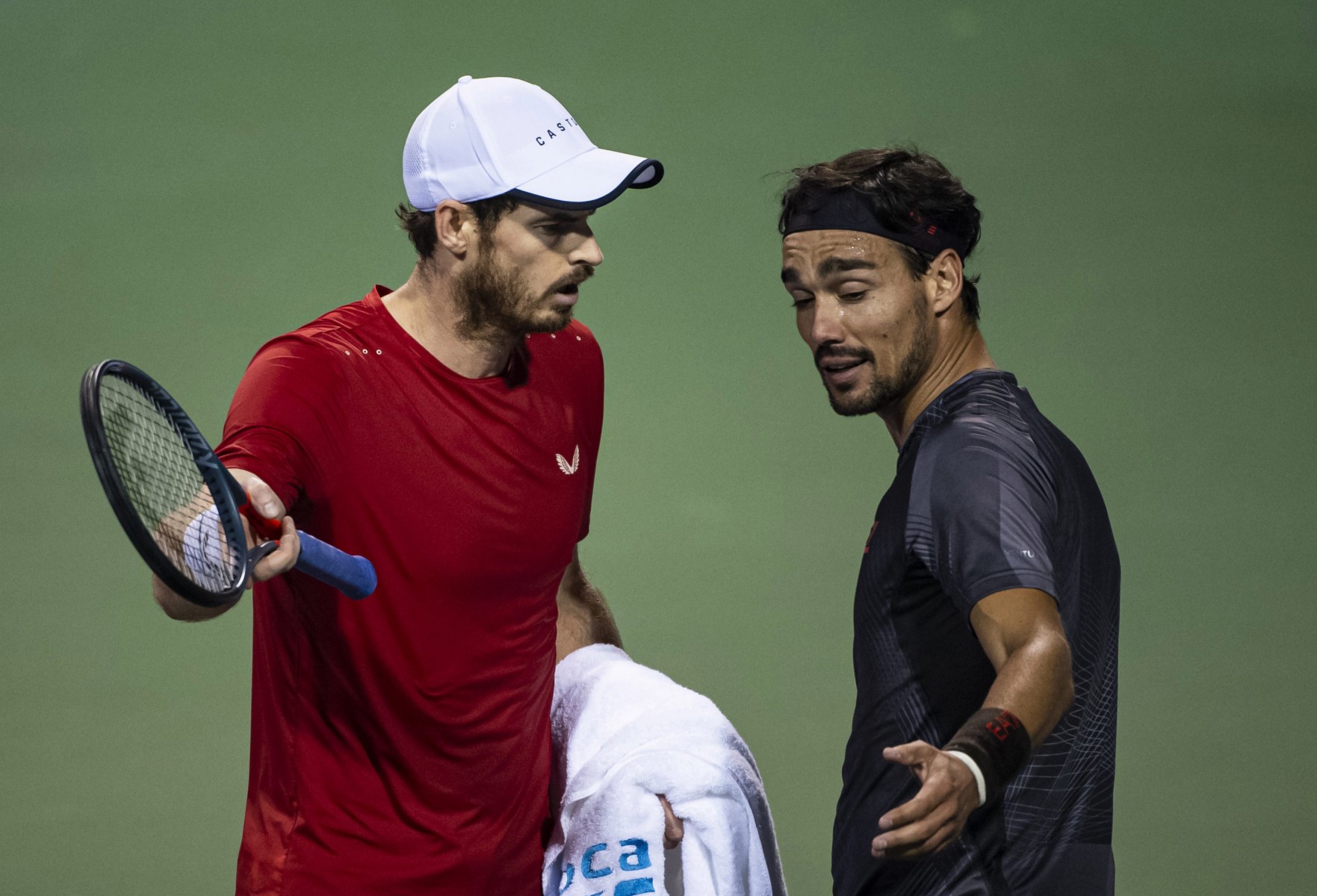 ANDY MURRAY told Fabio Fognini to “shut up” in a heated on-court bust-up at the Shanghai Masters.

The British tennis ace, 32, took on the fiery Italian in the second round of the tournament but things took a bitter twist towards the end.

With the match evenly poised at 5-5 in the deciding third set, Murray moved into the net for a routine volley.

Fognini, 32, shouted in anger just before his opponent tucked his shot away, infuriating the former world No1, who glared down the court.

Players are not allowed to shout during a point so at the change of ends Murray made his feelings known.

He first confronted Fognini, who walked away, brushing off the Scot’s fury.

Murray fumed: “Just play. You say the same to everyone, mate, you do the same in every match, no matter who you’re playing.”

He then turned his attention to umpire Fergus Murphy.

The Scot added: “So what happened When I had a volley on top of the net, he shouts-” but was cut off by his opponent.

Murray raged: “Shut up,” cue laughter from a few in the crowd, before continuing to Murphy: “I had a volley on top of the net. He shouts, and then tells me, ‘Dont look at me.’

“Im like, You just shouted in the middle of the point.”

Fognini laughed off the exchange both on the court and afterwards.

The world No12 – who earlier this year wished someone would bomb Wimbledon – said: “When I said, ‘Look at me’ I was trying to be funny, in my mind I was. I don’t know why he took it so seriously.”

But Murray was certainly not amused.

Speaking in his post-match press conference, Murray added: “Someone made a noise, I didn’t know who made the noise, I looked in the direction of where the noise came from.

“I was like, ‘I was just about to hit a shot and someone made a noise’. He then told me to stop looking at him.

“He told me to stop complaining, to have a sense of humour. I wanted to know where the sound came from and it came from him, which you’re not allowed to do.

“It’s against the rules, it’s hindrance, you shouldn’t do it. But he said I should have a sense of humour about that but in that moment neither of us were in a joking, laughing kind of mood.

“He [umpire Fergus Murphy] wasn’t saying anything to him. I was obviously frustrated with that. He wanted to engage with me, I probably shouldn’t have done but I’m not having him talk to me like that on the court.”

Murray is continuing to step up his recovery after hip surgery in January and was prematurely confirmed as playing in the Australian Open next year.

But he was ultimately left disappointed yesterday as he fell to a 7-6 2-6 7-6 defeat.

He served for the match twice as the clock ticked beyond the three-hour mark and will no doubt be kicking himself.

The world No289 – who will break into the top 250 thanks to his recent results in China – was asked if he could take any positives but hit back: “No. I’m very disappointed.

“There are a lot of things I need to get better at. I will go away and work on those things and be in a better position when I next play against him.

“I served for the match twice and not won, I think that’s the first time that’s happened in my career.”