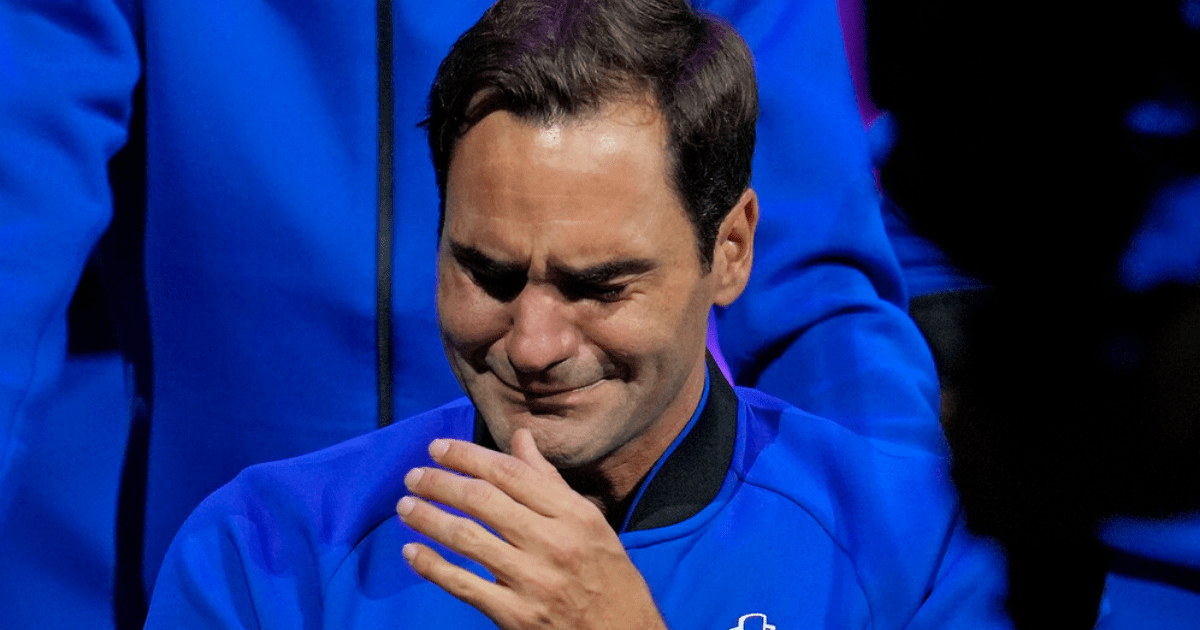 AN emotional Roger Federer broke down in tears after playing his final ever tennis match at the Laver Cup.

The Swiss, 41, played alongside Rafael Nadal in a doubles match against American pair Frances Tiafoe and Jack Sock but lost 4-6 7-6 11-9 dafter throwing away a match point.

If there's one thing you watch today, make it this.#LaverCup | @rogerfederer pic.twitter.com/Ks9JqEeR6B

Roger Federer broke down in tears after his final ever match 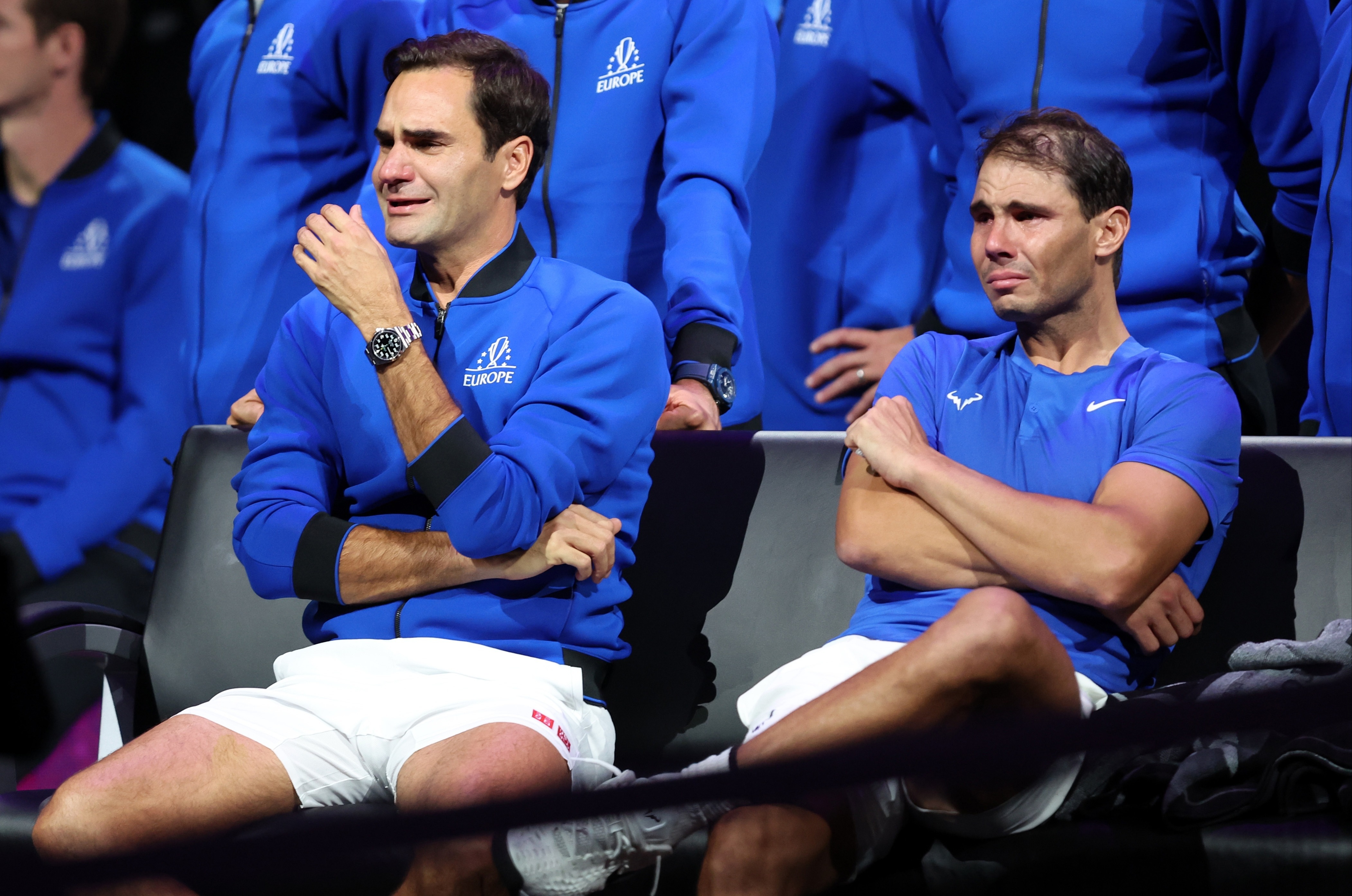 Rafa Nadal was also tearful after playing alongside Federer in doubles 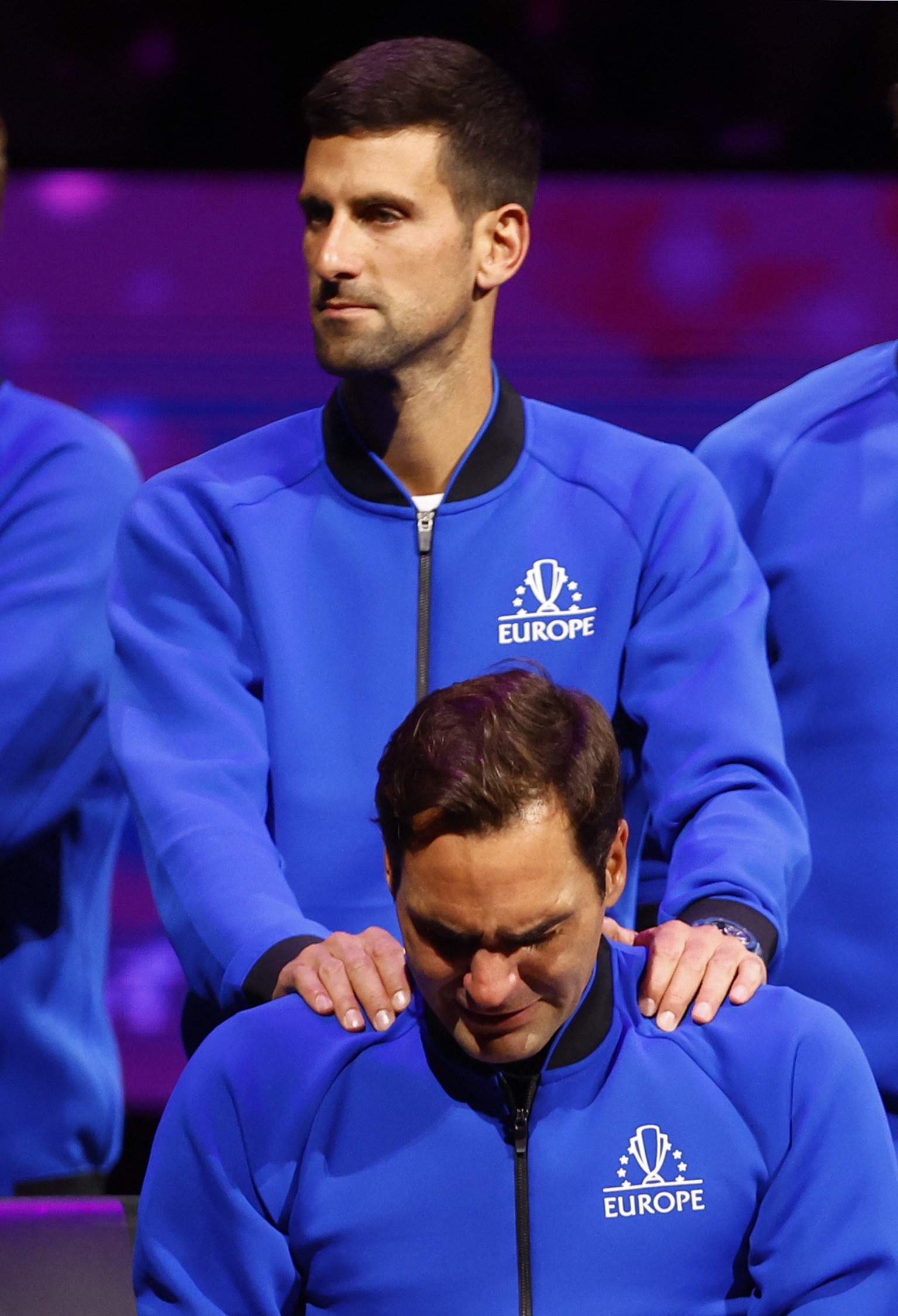 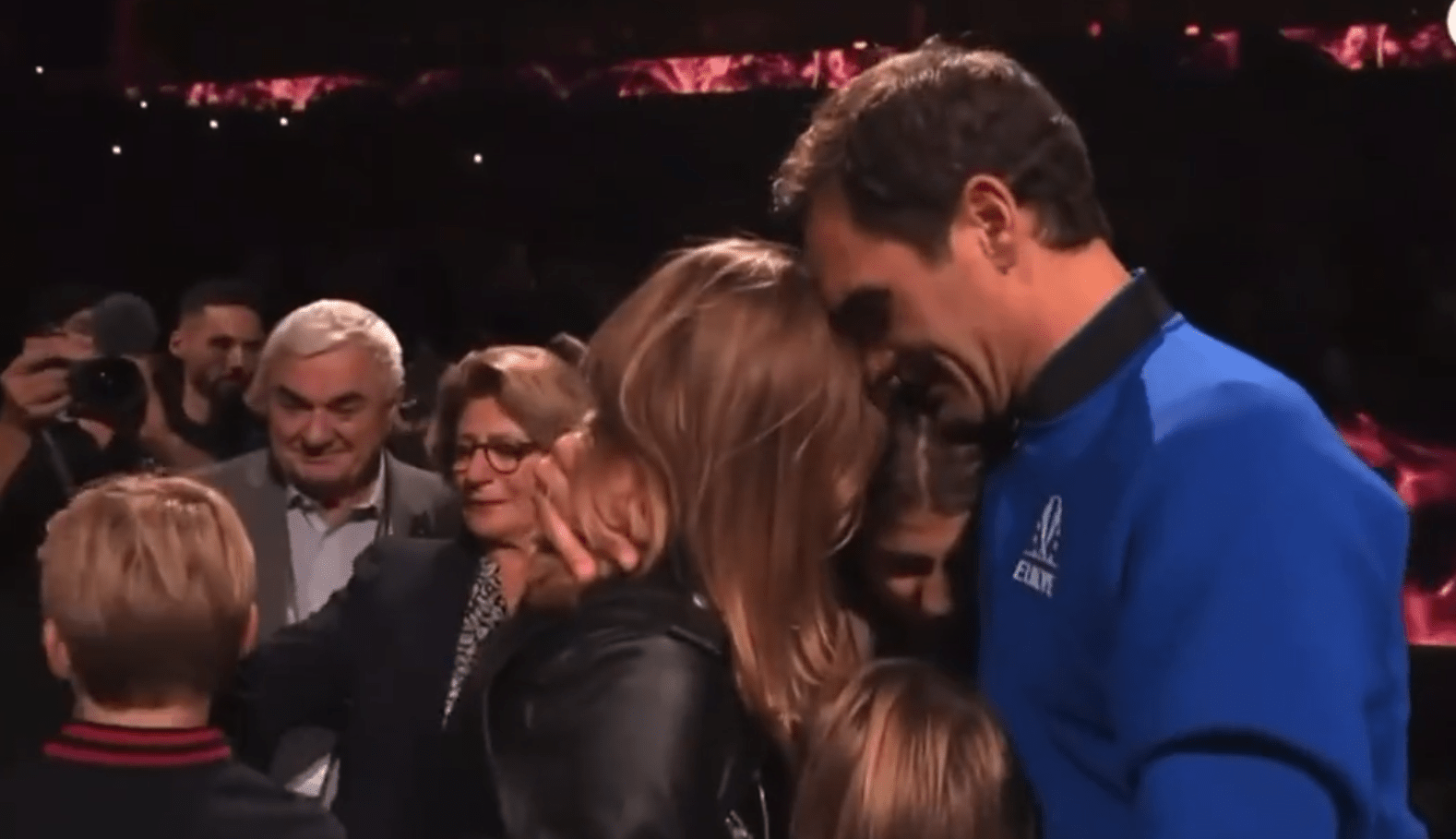 After the match Federer gave his last ever post-match interview and quickly got tearful despite saying he was happy.

Everyone inside the O2 Arena was on their feet applauding the 20-time grand slam champion and there was barely a dry eye in the house as even Nadal wiped away a tear.

Reflecting on his last match, Federer said: “It has been a wonderful day, I told the guys I am happy not sad.

“Being here with the fans, my family and friends, it didn’t feel stressful – even though I thought I might block a back or something. I’m happy I got through it. The match was great. I couldn’t be happier.

“I didn’t want it to feel lonely out there. To say goodbye in a team, well I thought I was a team player at heart.

“It does feel like a celebration to me. That’s exactly what I hoped for. I was happy to play tennis and spend time with my friends. It has been a perfect journey, I would do it all over again.

“Everybody is here tonight, which is great. My wife has been so supportive.

“She could have stopped me a long time ago, but she didn’t. She let me carry on playing, which is amazing.”

Federer’s wife Mirka put on a brave face before also breaking down and blowing her husband a kiss from the stands.

She then joined Federer on court where they embraced and she offered him comforting kisses on the cheek.

Federer’s four children were next to embrace their father as he fought back tears.

His parents were also there to watch him bow out of the sport following the announcement of his retirement last week.

The revelation sparked a huge increase in ticket prices for the Laver Cup with some being sold for £15,000.

Advertisement. Scroll to continue reading.
In this article:intears, lavercup, tennismatch