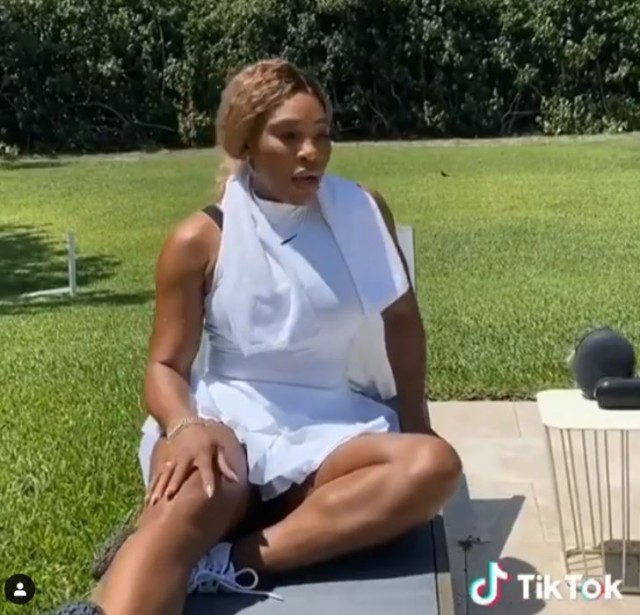 SERENA WILLIAMS may be in lockdown but that didn’t stop her playing some top-level tennis… against herself.

The American superstar, 38, found a genius way to keep up her groundstrokes up to scratch with a competitive game in her back garden. 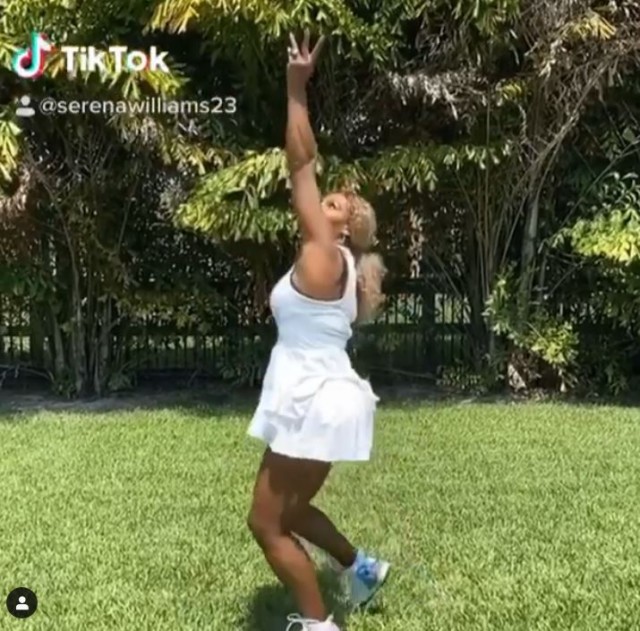 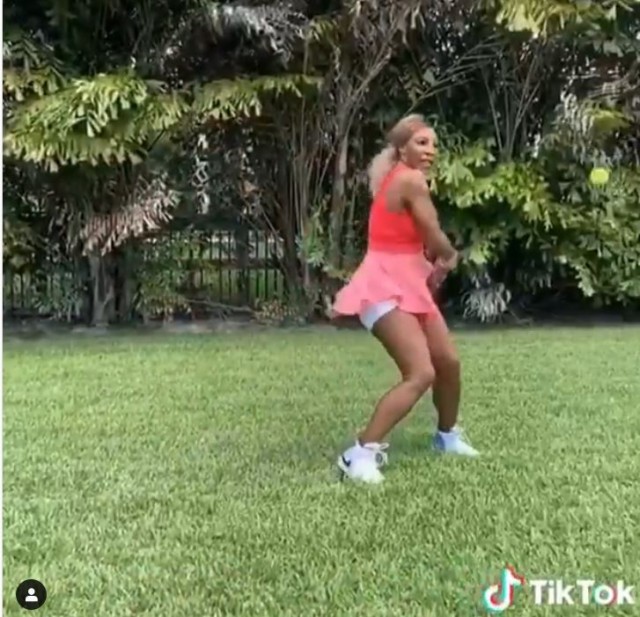 Dressing up in two different outfits, the 23-time Grand Slam champ clipped together a series of short videos of her shots and classic grunts into a brilliant TikTok.

And with her lawn not quite as pristine as those at Wimbledon, Williams flung herself to the turf in a desperate attempt to return one of her trademark booming backhands, pouncing on the short ball.

But the ambitious leap proved in vain as the Serena in pink won the point against her opponent, who was dressed in her Wimbledon whites.

Gracious in defeat, Williams replied: “You’re not so bad yourself.”

The legendary ace shared the video on her Instagram account and captioned it with the Oscar-worthy film’s credits: “Incredible rally and practice match. Powered by beats @beatbydre. Written, directed, produced, and starring @serenawilliams.”

Williams has been keeping her 12.3million Instagram followers entertained during the coronavirus lockdown – despite struggling with being “crazy and stressed” while stuck inside.

As well as sharing plenty of snaps with her daughter Alexis Olympia, two, Serena posted a video of her taking on Roger Federer’s volley challenge.

The world No9 joked she had been hitting the ball against the wall non-stop for four days then teamed up with Kevin Hart and Steph Curry to give graduating students a way to celebrate this year.

Wimbledon may be cancelled for the first time since the Second World War – denying Serena the chance to win an eighth title – but when tennis does return, she will be desperate to get back to winning ways.

Williams has been stuck on 23 singles Grand Slams since winning the Australian Open while pregnant in 2017, beating sister Venus in the final.

Since then, though, she has had the chance to equal Margaret Court’s all-time record but lost four finals in a row.

She reached the Wimbledon and US Open finals in both 2018 and 2019 but fell short against Angelique Kerber, Naomi Osaka, Simona Halep and Bianca Andreescu to remain one agonising Slam short. 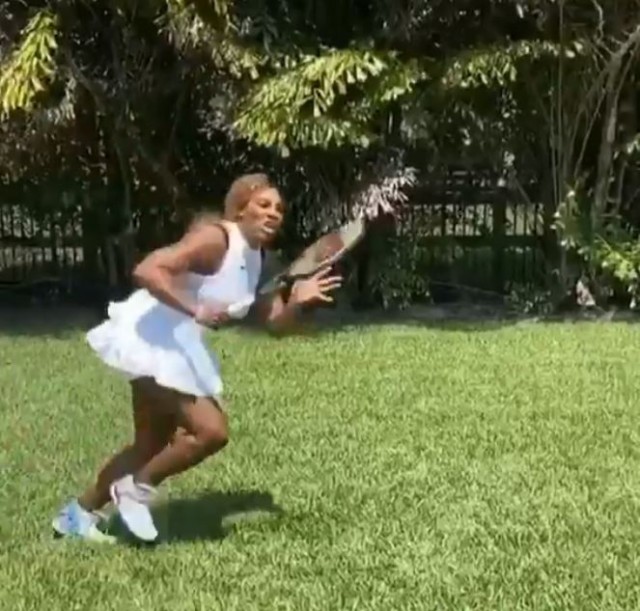 Serena was scampering across the ‘baseline’ trying to get the return 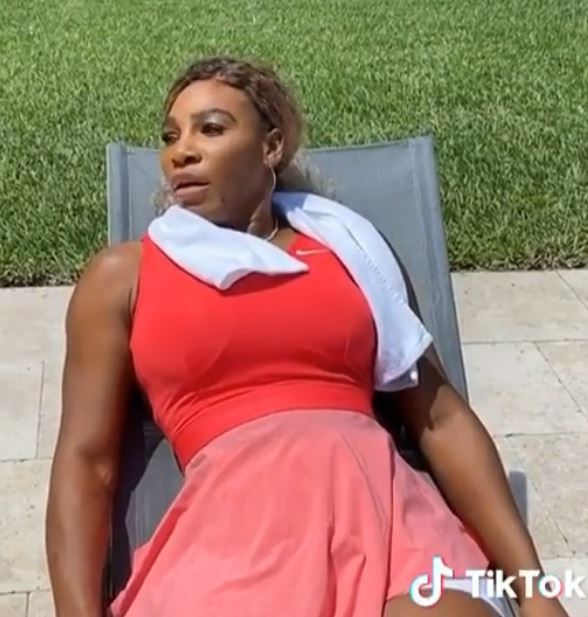 Couldn’t have done this challenge without my racquet from @rogerfederer. #tennisathome