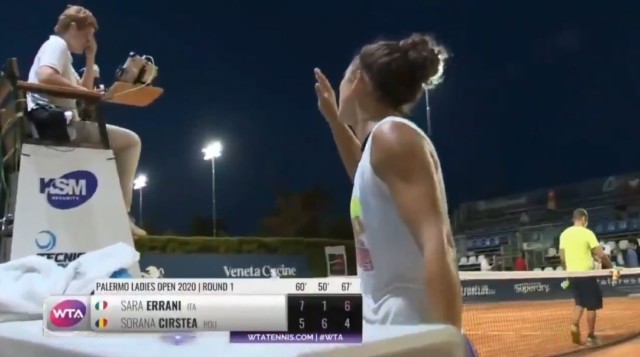 TENNIS star Sara Errani made an unforced error of the Covid kind when she broke coronavirus protocols in Palermo.

The WTA star breached guidelines when she threw her wristbands into the crowd at the end of a game and the umpire was stunned by what she saw. 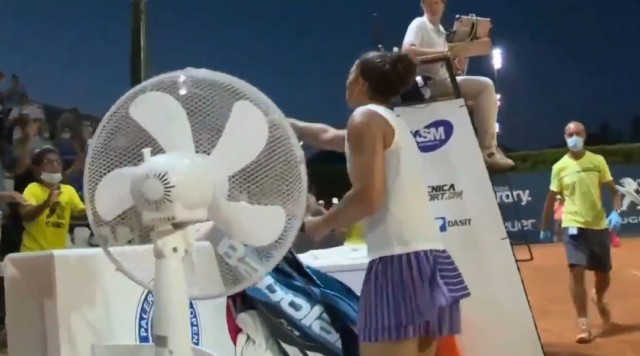 Errani was celebrating her three-set victory over Sorana Cirstea at the WTA season restart event in Palermo, Ital,y when she tossed the bands to waiting fans.

It was clearly an innocent mistake but given the strict rules in place to protect players and supporters from Covid-19, it was technically a breach of protocol.

Errani immediately realised what she had done and as she turned to the umpire, the official can be seen with her head in her hands.

The 33-year-old apologised profusely and no further action was taken.

Later in the day, Slovenian Kaja Juvan took things to the next level by throwing her visor AND sweatband into the crowd after defeating Marketa Vondrousova 1-6 7-5 6-4.

And another simply wrote: “Yikes.”

The Palermo Open marks the return of women’s competitive tennis after five months.

However events in Sicily have been far from perfect.

World No24 Donna Vekic has admitted she’s been dining in restaurants during her time in Palermo.

An unnamed player had to withdraw before the star after testing positive for Covid-19.

Tennis star Novak Djokovic recently came in for heavy criticism after holding the Croatian leg of his Adria Tour where many players contracted Covid-19.