What date is the Naomi Osaka Netflix documentary released and will it cover her French Open withdrawal?
Advertisement 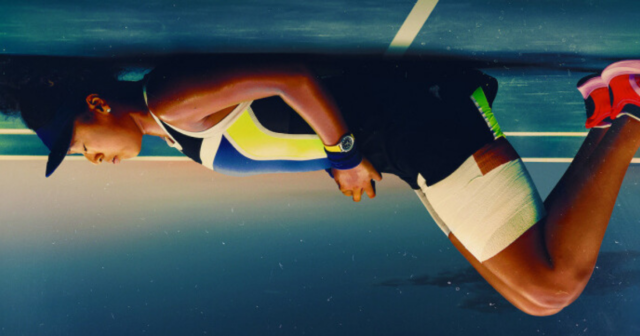 NAOMI OSAKA is having a documentary released on Netflix charting the life and times of the rising tennis superstar.

California-raised Osaka, 23, plays under the Japanese flag and has already collected £14.2million in career prize earnings to date.

In May, the then world No2 raised eyebrows when she withdrew from this year’s French Open admitting the pressure of facing press conferences wasn’t to her liking, before she was fined £10,600.

Osaka also skipped Wimbledon and instead decided to take a break from the sport.

She intends to come back to tennis to go for gold in the Tokyo Olympics.

When is the Naomi Osaka documentary released on Netflix?

The docu-series is released on July 16 worldwide for streaming.

You can watch all the episodes back to back in one Grand Slam binge.

The Naomi Osaka documentary is one of a burst of new programmes being released on Netflix this July.

What will be covered in the Naomi Osaka documentary?

Osaka lets the cameras into her life and in the trailer posted online, she explains that she has been driven on in her tennis career by her mother working overtime to pay for her tennis coaching.

And the French Open withdrawal is likely to be a part of the documentary, given the quotes on the trailer.

She also says: “Growing up, I was thinking ‘I want my mom to be happy and stop working’, she would work overtime, she would sleep in her car.”

In a frank admission about her struggles with fame the four-time Grand Slam winner tells the documentary she has struggled with the pressures of the cameras.

She adds: “I think the amount of attention I get is kind of ridiculous, nobody prepares you for that… I feel like I’m struggling.”

Osaka also asks: “What if I’m not a good tennis player?”

The trailer is directed by Garrett Bradley, who directed the film Time which was nominated for an Oscar.

He said: “The series is about Naomi’s journey, within a snapshot of her life.

“But it’s also about life’s purpose, about personal worth, about the courage that it takes to allow one’s personal values to inform their work and vice versa.

“More than anything, I’d hope people can feel the power of empathy and to feel encouraged to take chances in life, perhaps especially in moments where the stakes can feel impossibly high.”

In this article:French Open, Wimbledon