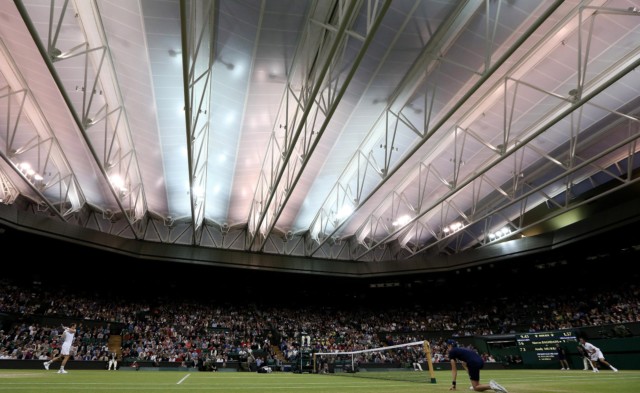 WIMBLEDON is back after a years hiatus – and there’s already been some games going late into the evening.

As ever, there is the possibility of rain at the All England Club and Centre Court is equipped with a roof for such occasions.

Is there a curfew at Wimbledon?

Yes, the curfew was set by Merton Council at 11pm.

Outdoor events usually have an 11pm finish under UK licensing laws, because of health & safety concerns.

Before the roof was installed on Centre Court, play ended when the light failed.

Andy Murray beat Marcos Baghdatis in the latest ever Wimbledon match that ended at 11.02pm

What is the latest a match has been played?

The first record for a late match was between Andy Murray and Stan Wawrinka, when rain and the roof saw their fourth round match finish at 10.38pm.

Then in 2010, a match between Novak Djokovic and Olivier Rochus finished at 10.58pm – prompting the curfew by Merton Council.

Has the curfew been broken?

However, no action was taken against the All England Club.