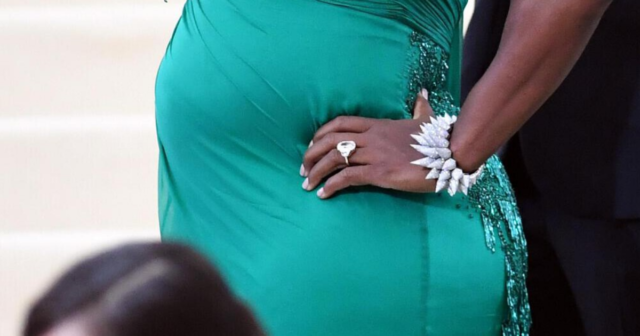 SERENA Williams gave birth to her first child and married her partner Alexis Ohanian in 2017 – and she’ll be hoping to make them both proud at the 2022 Wimbledon.

Here is all you need to know about the birth and Serena’s views on motherhood.

Serena Williams whilst pregnant with her first child

When was Serena Williams’ baby born?

The tennis legend revealed she was 22 weeks pregnant in mid-April 2017.

This put the baby’s due date either the end of August or beginning of September – and right on cue, Serena went into labour on September 1, 2017.

She gave birth to a baby girl that day after clearing an entire hospital floor in order to welcome her first child in total privacy.

On September 13, 2017, the tennis ace revealed she and her partner Alexis Ohanian had given birth to a baby girl and named her Alexis Olympia Ohanian Jr, after her father.

The star is said to have held a baby shower celebration in Miami back in May, and it was reported that pal Meghan Markle snubbed the shower to be with Prince Harry at the polo.

A source said: “Meghan had been planning to go to Miami this weekend for Serena’s shower… But at the last minute Meg bailed and went to see Harry in the UK instead.”

What has Serena said about motherhood and managing her career?

Serena prefers to call her daughter Olympia, and she told Vogue “we’re not spending a day apart until she’s eighteen”.

Her husband, Alexis Ohanian is based in San Francisco and Williams admitted she found the idea of moving there and being a full time mum attractive.

However, she stated: “But not yet. I absolutely want more Grand Slams.”

Serena has reached the final of Wimbledon in her first appearance at SW19 since becoming a mother.

Alexis Ohanian with his and Serena Williams’ daughter Alexis Olympia

Who is the father of Serena Williams’ baby?

The father of Serena Williams’ baby is her husband, the tech entrepreneur Alexis Ohanian.

Alexis is most famous for co-founding social news website Reddit, which was recently valued at £407million and is considered to be the seventh biggest site in the US.

He also wrote bestselling book Without Their Permission: How the 21st Century Will Be Made, Not Managed, which was published in 2013.

When and where did Serena Williams and Alexis Ohanian get married?

The pair tied the knot at a star-studded bash in New Orleans.

A source told the Daily Mail: “Serena and Alexis chose the Contemporary Arts Center because of its incredible architecture and history.

“They have instructed Preston to fill the hall with thousands of dollars worth of crystals and flowers. The hall will be totally transformed.”

Advertisement. Scroll to continue reading.
In this article:alexisohanian, gavebirth, serenawilliams