Where is Flushing Meadows, how did it get its name and has the US Open always been played there?
Advertisement 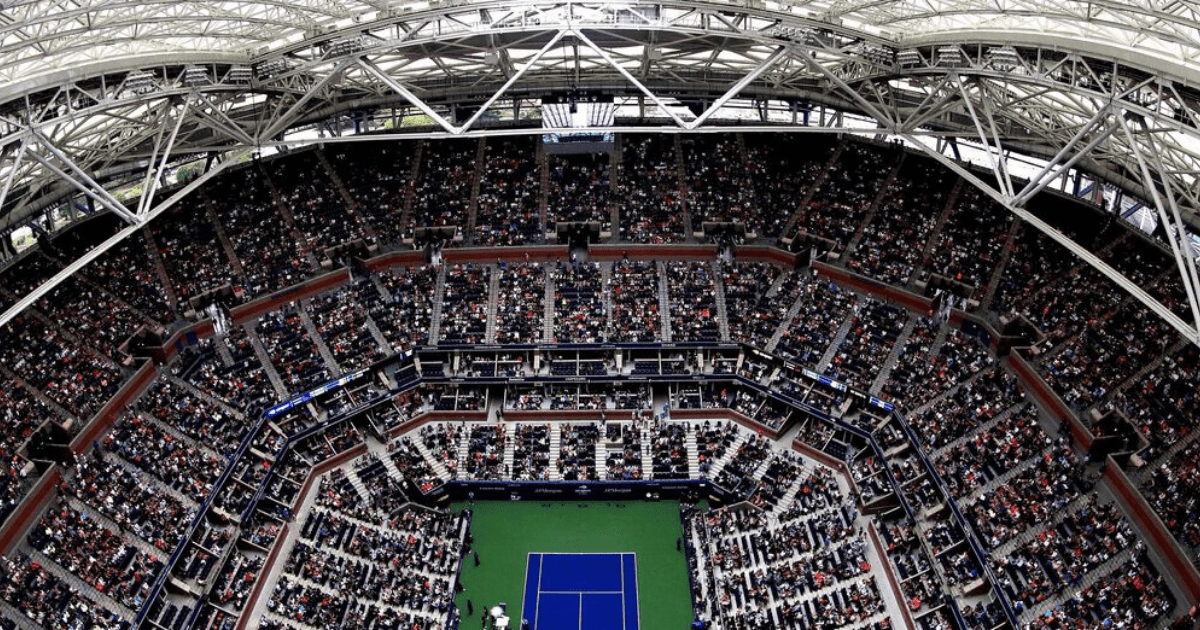 THERE are few venues in world sport that hold the allure and history of Flushing Meadows.

With a capacity of 23,771, the steep rising stands keep spectators right on top of the action as they watch the world’s best battle it out for the US Open.

Where is Flushing Meadows?

OPENED in 1997, the main venue in the complex is the Arthur Ashe Stadium.

It is the largest tennis venue in the world and cost $254 million to construct, with 90 luxury suites, five restaurants, and a two-level players’ lounge included.

Officially opened on August 25, 1997, in a ceremony headlined by Whitney Houston, the stadium now has a small retractable roof that aims to protect fans and players from the famously high winds.

Basketball has also been played in the stadium, whilst it now features a state-of-the-art HawkEye system.

The facility has 22 courts inside its 46.5 acres, with the three stadiums on site all among the largest in the world.

The stadium has been open just over 20 years

How did it get its name?

ARTHUR ASHE was the first winner of the US Open after its rebrand from the U.S. National Championships.

He won the inaugural tournament in 1968 and went onto collect a further two Grand Slam titles.

Flushing Meadows itself sits on the site of an old dumping ground, which was reclaimed by the city of New York in the 1930s and regenerated.

Has the US Open always been played there?

BEFORE the Arthur Ashe was opened in 1997, the US Open was played at three different locations.

In 1978, it was moved to the USTA Billie Jean King National Tennis Center in Flushing Meadows and originally the Louis Armstrong Stadium was the main court for the US Open.